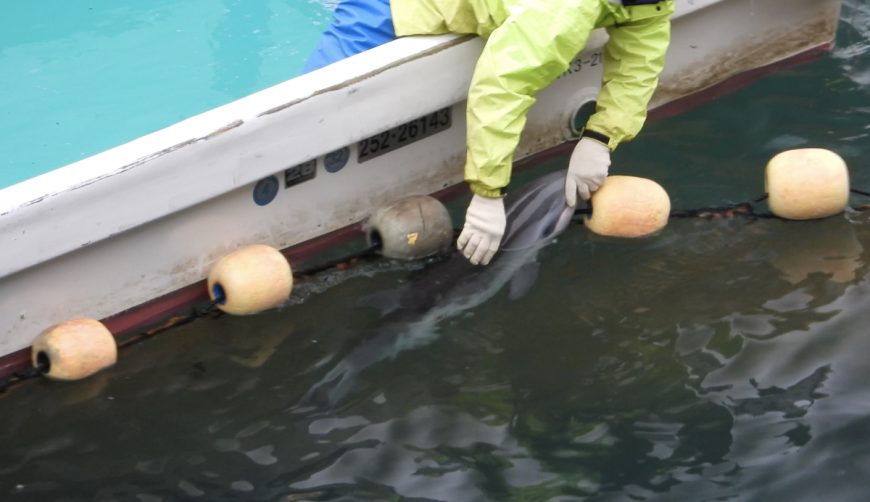 Taiji, Japan: In Taiji’s notorious drive fisheries, juveniles and young calves are routinely slaughtered, taken captive and/or discarded at sea. Here, no laws or regulations exist for their protection, and as such, whether the young are nursing or not, they are equally subjected to brutal mistreatment by the hunters.

Footage taken on January 5, 2021, Taiji’s first drive hunt of the year shows a pod of striped dolphins being driven into the Cove. Amongst the group were several young dolphins. One of them appeared to have drowned in the nets, and was documented floating motionlessly on the surface of the water for a long period of time. A hunter is seen approaching the dolphin, pulling it closer to the skiff by grabbing the mammal’s rostrum, then “wiggling” its body as if to give it the appearance of movement. This action went on until another group of hunters dragged the dolphin to the tarped area where the rest of its pod was being slaughtered. 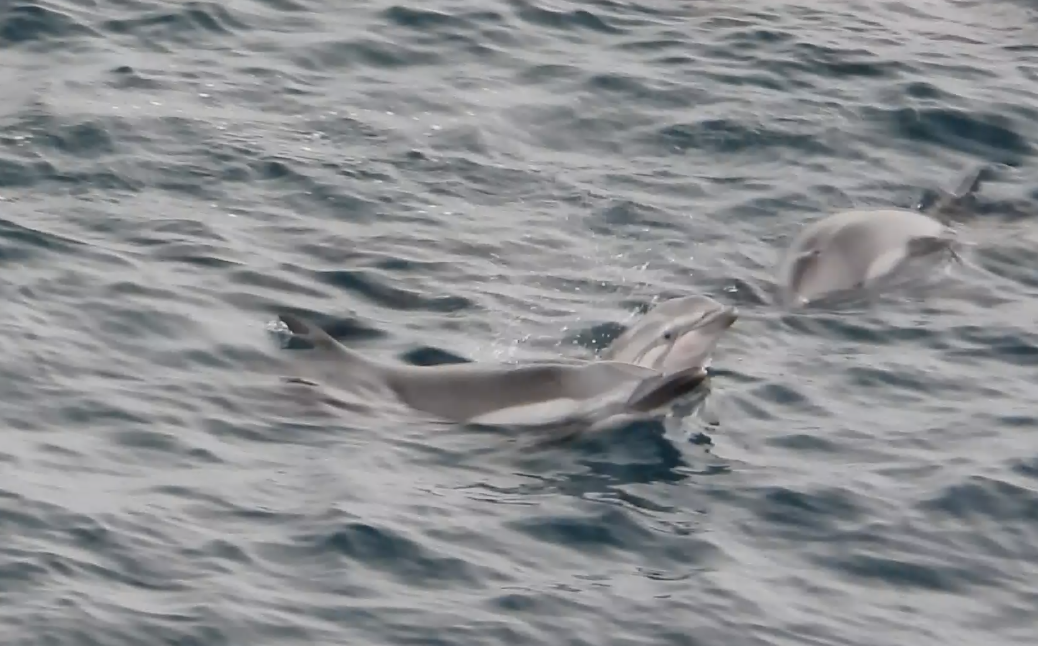 “It is prohibited to kill juveniles and calves during other forms of cetacean hunting in Japan (i.e., Tsukinbo spear hunting), but in Taiji’s drive hunts it is permitted.” ~ Tracie Sugo, Dolphin Project Cove Monitor

Dolphin Project’s ongoing collaboration with Life Investigation Agency (LIA), headed up by campaign director Ren Yabuki, has ensured that a team is on the ground for the entire 2020/21 dolphin hunting season. Thanks to tireless documentation of the drives, we were able to record the hunters’ unscrupulous actions.

Tragically, this isn’t the first incident where juvenile dolphins have been mistreated or discarded. Over the years, Dolphin Project has documented the separation of nursing calves from their mothers during captive selection, juvenile dolphins being dumped at sea without the protection of the rest of their pods and juveniles slaughtered alongside adults in the Cove. In the case of young dolphins being left to fend for themselves, their chances of survival are extremely slim as they are no longer able to nurse from their mothers. These deaths are not counted against the drive fisheries’ quotas. All of these practices are highly unethical for if the young do not survive, the reproductive potential of a pod is lost. 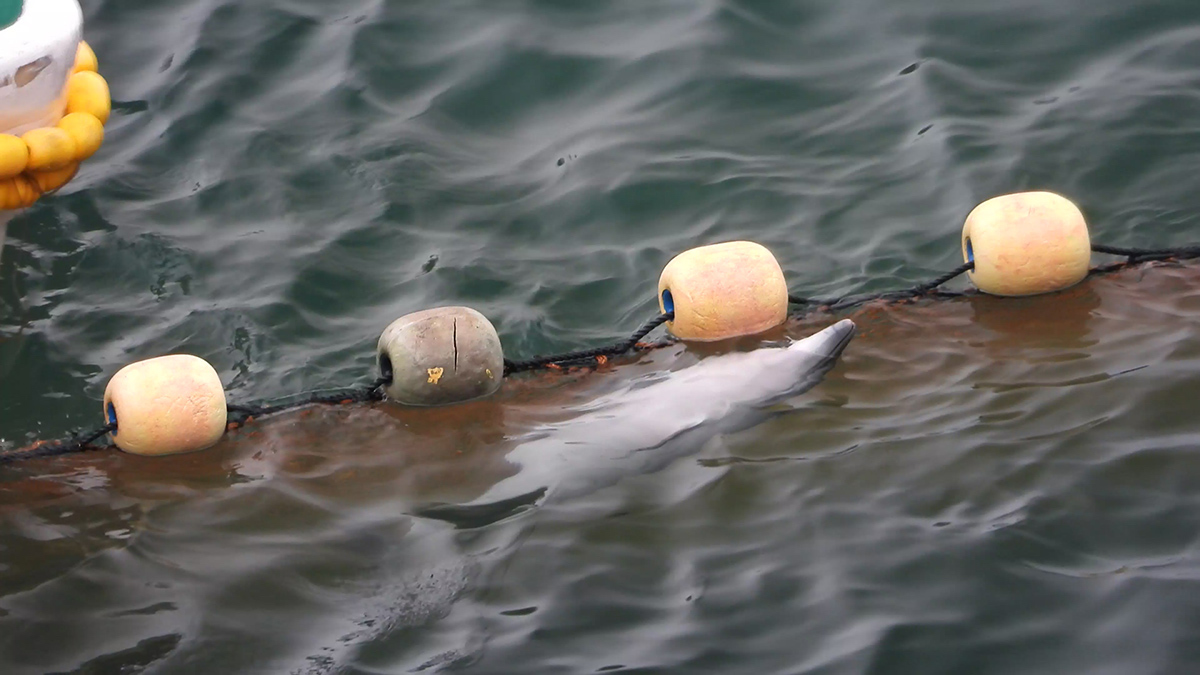 Japanese activists on the ground want the Wakayama Prefecture to consider regulations prohibiting these practices as other fisheries have done.

“Drive hunts kill and destroy the gene pool of each pod. By repeating this, the diversity of pods will be lost. Needless to say, this will naturally result in the loss of diversity within the species, leading to a crisis of continued existence of the species and is extremely likely to face extinction.” ~ Ren Yabuki