No Dolphins Killed in the Cove

Home/Blog/Japan/No Dolphins Killed in the Cove 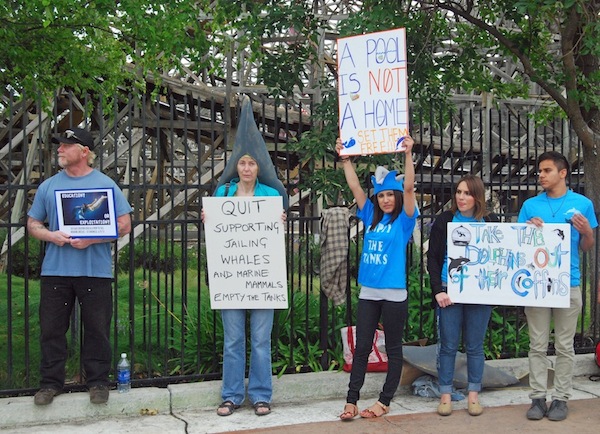 Since last Tuesday’s kill of a pod of Risso’s dolphins, our volunteer Cove Monitor Leilani Munter reports that there have been no further kills of dolphins this past week in the Cove in Taiji.

A pod of bottlenose dolphins was herded into the Cove yesterday.  After taking one individual for captive purposes, the rest of the pod was released.  Leilani was thankful that the rest were not killed.

Leilani and other Cove Monitors will be staying throughout the season for our Save Japan Dolphins Campaign.  Our purpose is to let the dolphin killers and the Japan government know that the world is watching.  We will be reporting regularly on this blog from Taiji as events unfold this season.

My personal thanks to Leilani and all the other volunteers who will be staying in Taiji this hunt season.