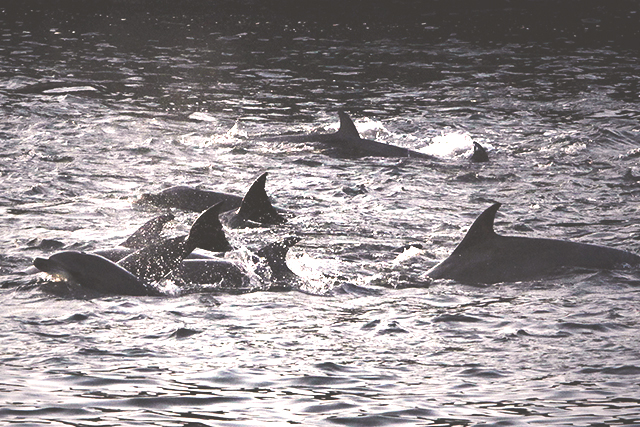 Update July 9, 2015: WAZA has announced it has lifted JAZA’s membership suspension, in light of JAZA’s statement that it would expel members that continue to buy dolphins caught in drive hunts. Despite JAZA’s supposed compliance, Dolphin Project is not taking its promise at face value, and will continue to monitor activities at Taiji, commencing on September 1, 2015.

In less than two months since the April 22, 2015 announcement by the World Association of Zoos and Aquariums (WAZA) to suspend membership of the Japanese Association of Zoos and Aquariums (JAZA) over taking dolphins from the Japanese drive fishery, new measures are being implemented by JAZA to restrict the importation of dolphins caught in these hunts.

On July 3, 2015, JAZA announced that member aquariums can be expelled for acquiring dolphins caught in the brutal hunts in Taiji. In addition, they will require members to submit certificates indicating where their dolphins were bought.

JAZA implemented these procedures after being threatened with eviction from WAZA, as their purchases of dolphins violated its code of ethics and animal welfare. Ric O’Barry leading a demonstration outside the WAZA headquarters in Switzerland.

Dolphin Project was the first to call on WAZA to enforce its own Code of Ethics which requires its members to prohibit participating in cruel and non-selective methods of taking animals from the wild. Dolphin Project has lead the campaign for WAZA to expel JAZA, holding two protests in Switzerland at WAZA headquarters. And, shortly before WAZA’s announcement, Ric O’Barry traveled to The White House in Washington, D.C. to present a petition containing over one million signatures in support of dolphins to the Obama Administration and to Kenichiro Sasae, Ambassador of Japan to the United States to address this issue.

There is much more work to be done, in order to ensure both WAZA and JAZA actually do what they say they are going to do. We should not take them at their word. We must show up at the capture site in Taiji and monitor each and every dolphin capture. And we will, beginning September 1.” ~ Ric O’Barry

Interested in helping us educate the world that the massacre of dolphins in Taiji is a crime against nature and must be abolished immediately? Join us during Japan Dolphins Day – an international day of action.

You can also travel to Taiji as a Dolphin Project Cove Monitor. Join us on the front lines, helping to make sure what happens in Taiji is exposed to the world.

With your support, Dolphin Project will keep fighting to defend dolphins against slaughter and captivity.