Our good friend Hans Peter Roth was also filmed, and he makes a very friendly host and speaker too.

This German documentary hits the nail on the head.  It’s not too long, and I encourage you to watch it.

My thanks to Director Raimund Waltenberg and Volker Angres (head of “Planet e” in ZDF).  They’ve done a great job!

Thanks also to Hans Peter Roth for his efforts to continue to promote the protection of dolphins, especially in Germany and Switzerland. 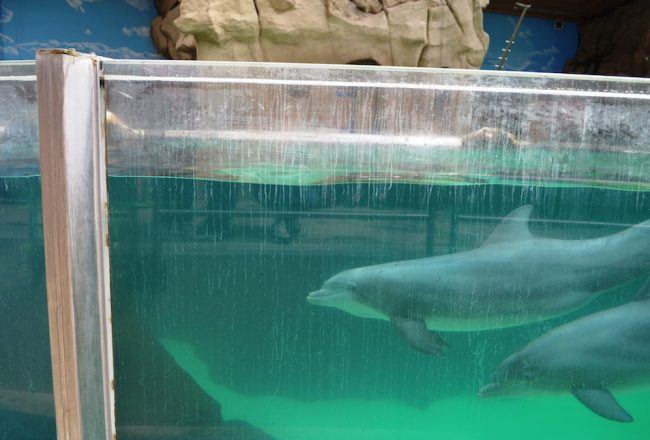 A dolphin trainer attaches a blue rubber ring to a dolphin’s beak. A piece of rope connects the ring to a blue
read more 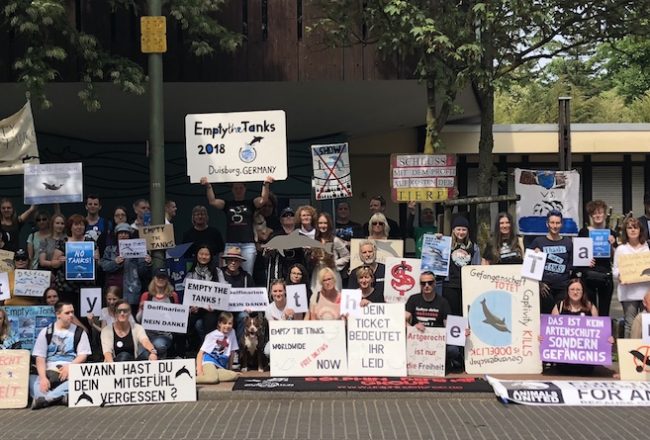 Empty the Tanks at Duisburg Zoo!

Founded six years ago by Rachel Carbary, this year’s Empty the Tanks event took place at 70 locations in 21 countries. The
read more