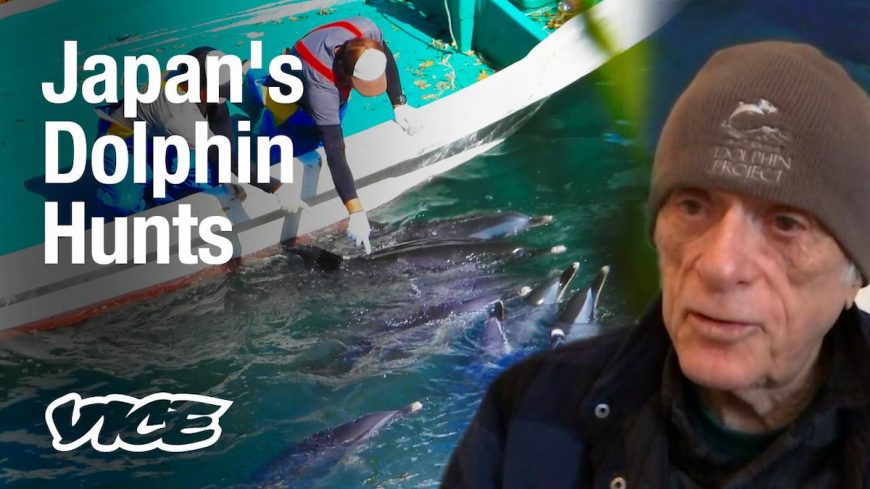 During the 2020/21 dolphin hunting season, VICE World News traveled to the infamous Cove in Taiji, Japan. Their intent was to investigate Taiji’s global dolphin trade, from a well-balanced perspective of both the fishermen and the activists. What resulted is one of the most important films to highlight the Taiji dolphin hunts since the 2009 Academy award-winning documentary “The Cove”.

The team spoke with Ren Yabuki, director of Life Investigation Agency, whom Dolphin Project collaborated with during the entire six-month long dolphin hunting season, which spans from September 1 to March 1 of each year. Here, dolphins are hunted and driven into the Cove, where they are selected for the global captivity industry, or slaughtered for consumption (a dangerous practice as their meat is heavily contaminated with mercury and other toxins). Trainers and fishermen work alongside one another, deciding who will make the cut for the captivity industry, and who will be killed. Various countries across the world purchase dolphins from Taiji, filling aquariums and marine parks with captive dolphin entertainment.

Ren shared the horrors of what he witnessed, namely: the routine harassment, suffering and abuse of several species of dolphins, including the very young and the very old, the slaughter of dolphin calves and their separation from their mothers, the violent captive selection process, and the decimation of entire pods of dolphins.

“The topic of dolphin drives is not usually shared in its entirety by the media. This is an opportunity for pro and anti-captivity supporters to learn about this practice.” ~ Ren Yabuki, Director, Life Investigation Agency 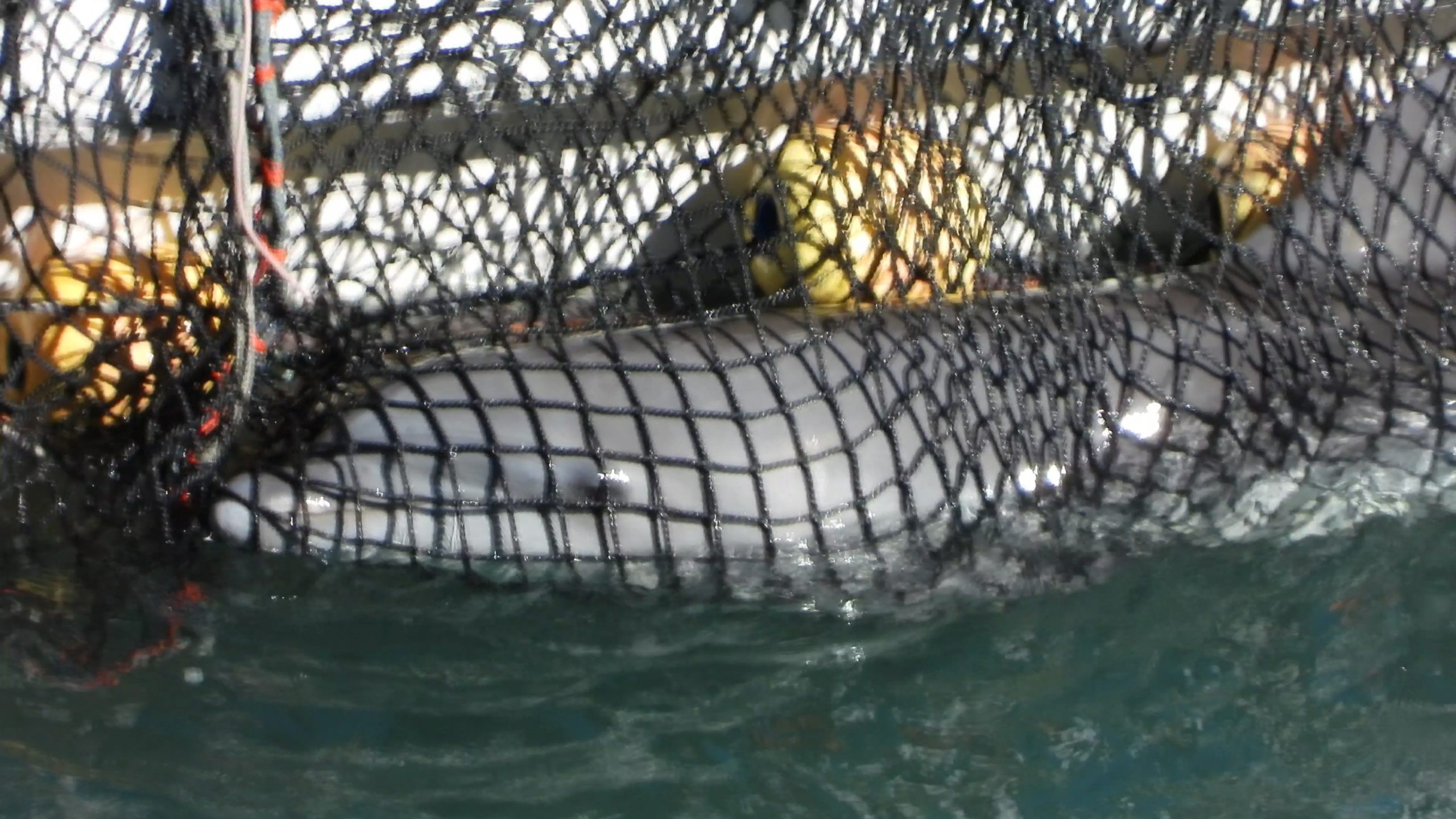 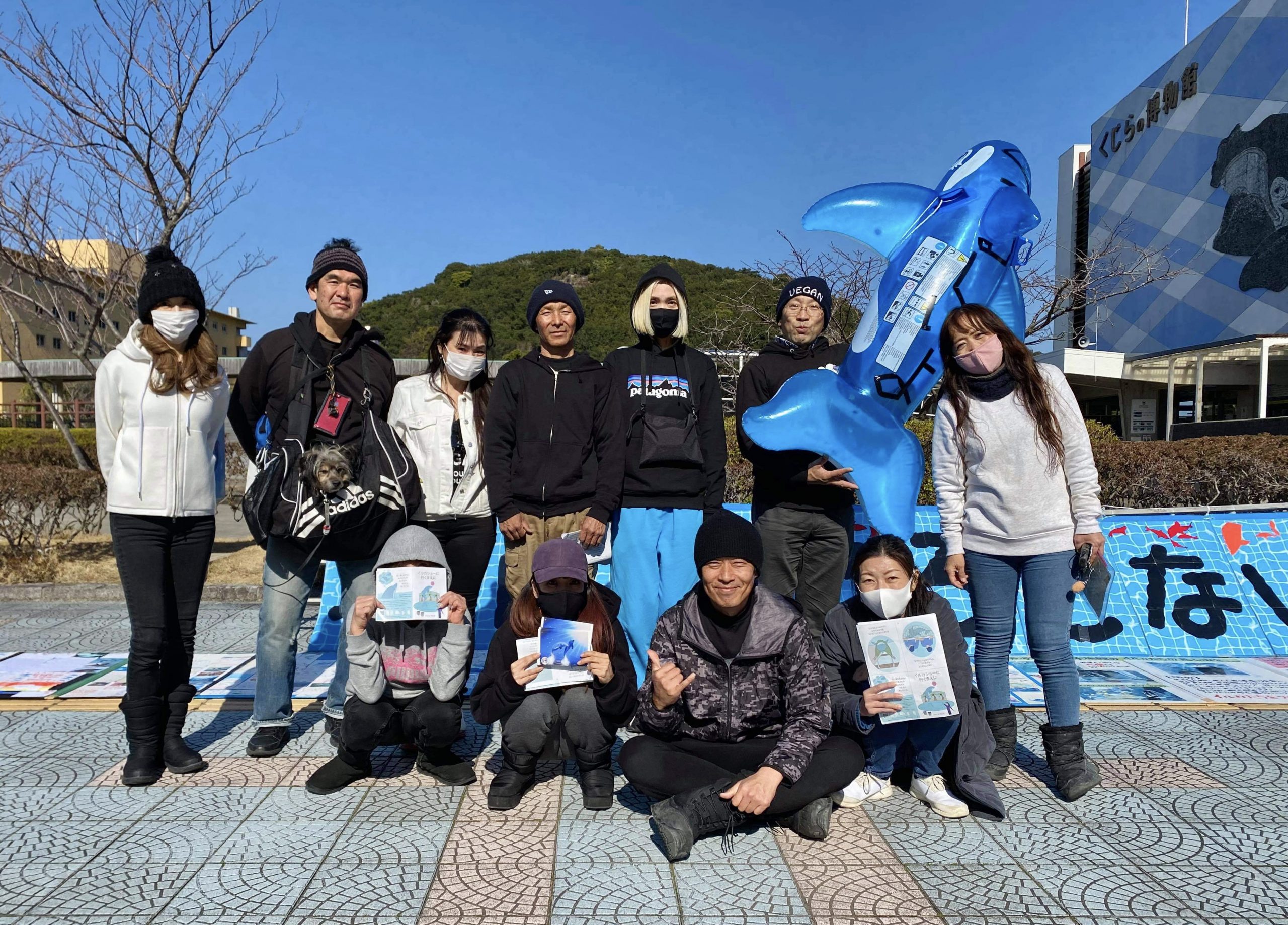 Ric O’Barry, Founder/Director of Dolphin Project, was prominently featured in the VICE video. He has been documenting the goings-on in Taiji since 2003. However, with COVID-19, this season’s coverage was handled solely by an all-Japanese team, and as such, our educational outreach within Japan has never been greater. As knowledge and awareness of Taiji’s drive hunts increase within Japan, so can positive and lasting change.

”It is imperative that we share this video from VICE World News, especially in Japan. The film includes exclusive drone footage, and interviews with local citizens and Japanese activists including Ren Yabuki, director of Life Investigation Agency. The annual Taiji dolphin hunt will end when the people of Japan rise up against it. This video will help reach that goal.” ~ Ric O’Barry, Founder/Director of Dolphin Project

Launched in 1994 in Montreal, Canada, VICE has offices in 35 cities across the world and makes 1700 pieces of content every day. Their digital global audience reach is 380 million, and their video views on VICE’s global YouTube network is 1.8 billion.*
*Source: VICE