Murder on the Gulf Coast

Home/Blog/Murder on the Gulf Coast 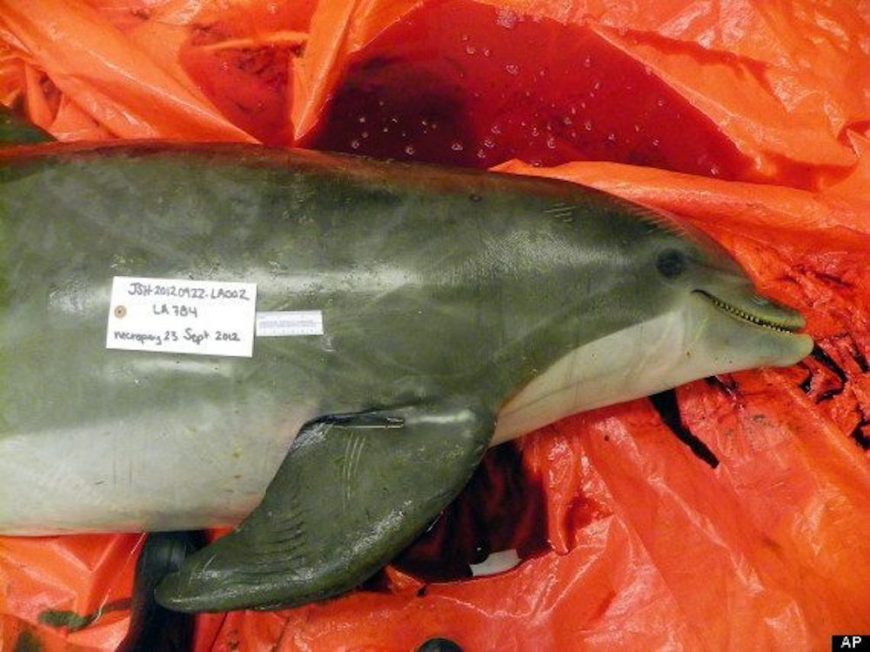 The Florida Gulf Coast has become a crime scene.

As horrible as it sounds, at least six dolphins have been killed – murdered – within the last two years along the Florida Gulf Coast. Some were found mutilated, with their tails or jaws hacked off, and one was even reported as having a screwdriver jammed into it’s back. Some were shot with guns, the bullet wounds leaving no doubt that this is the work of a human.

You might be wondering who would want to harm a dolphin. These beings are highly intelligent, friendly, and have even been known to come to the aid of imperiled humans. They are the only wild species I know of that do this. So why shoot one of these innocents?

I have a suspicion that it is the work of a fisherman. There is an all-too-common misconception that dolphins and other marine mammals compete with fishermen, resulting in fewer fish in their nets and less money in their bank accounts.

However, dolphins are absolutely not to blame for declines in fish populations. If anything, this is the fault of unmanaged or over-exploited fisheries, or habitat loss due to pollution, or a host of other factors. People are to blame, not the dolphins.

Another potential culprit could be someone in the oil industry. Dying dolphins were conspicuous during the Deepwater Horizon spill, and could be used as evidence to further restrictions on offshore oil drilling.

At this point, it is impossible to know. That is why I am offering a $5000 reward for information leading to the arrest and conviction of the person who has murdered these dolphins. If you have any information, please contact NOAA’s Hotline at 1-800-853-1964.

Follow our social media for updates on this situation.