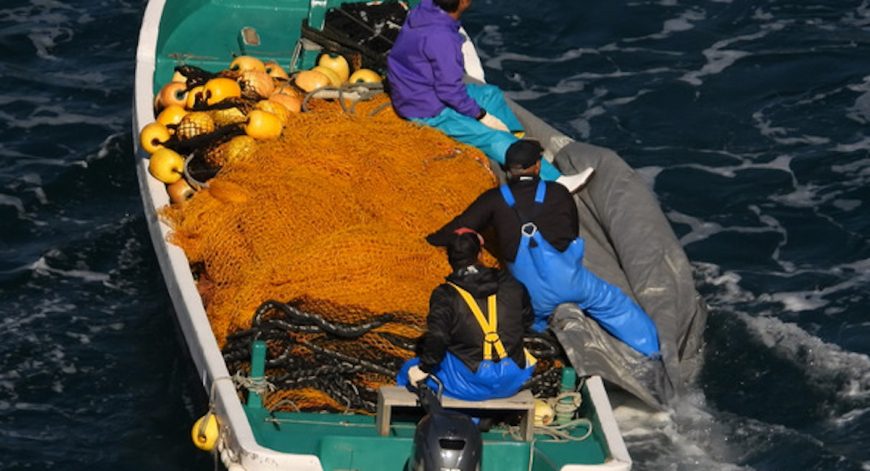 Taiji, 11/15/21 – It took a full four hours for Taiji, Japan’s dolphin hunters to terrorize, exhaust and drive in a nursery pod of Risso’s dolphins. As the cetaceans huddled together, it became apparent several youngsters were caught alongside their mothers in the Cove.

Judging by their dark coloration, the eight mothers appeared relatively young. They, alongside their eight calves, were quickly forced underneath the tarps. Life Investigation Agency (LIA), in collaboration with Dolphin Project, livestreamed as the dolphins awaited their fate.

Eventually, trainers arrived but decided none were suitable for the captive trade. With this decision made, all the mothers were slaughtered as their calves were forced into slings. The young were then taken out of the Cove, and dumped alive, at sea. 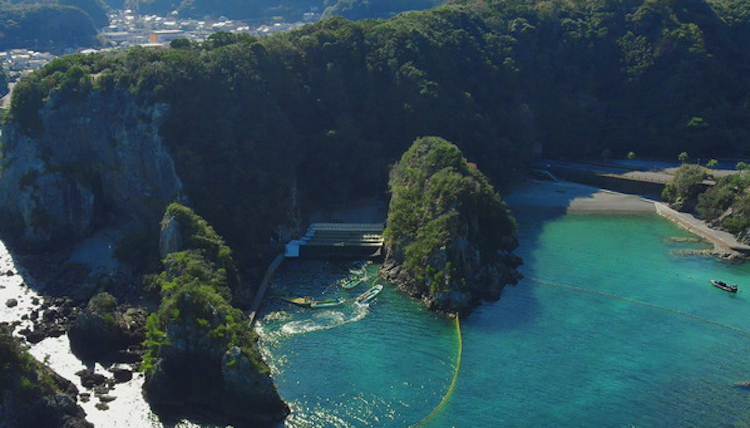 “I have never seen it from this perspective before. It is heartbreaking to see the bond between a calf and mother destroyed like this.” ~ Ren Yabuki, Campaign Director, Life Investigation Agency

Explains Cynthia Fernandez, Educational Outreach Coordinator and Dolphin Project Cove Monitor, “One of the cruelest aspects of the dolphin drive hunts is bringing in a nursery pod. A nursery pod is formed when several mothers with their calves break off from the main pod to protect and care for their calves. Sometimes, other females join and seem to serve as “Aunts”, watching the young calves while their mothers hunt for food. Nursery pods have also been known to contain elder dolphins and the pod seems to take care of these older dolphins, just as humans usually care for their family elders. These drives always take longer as the pod slows down for the young calves and elders, if present. No one is left behind. The hunters relentlessly pursue them until they finally trap them in the Cove.”

She continues, “I don’t think we can comprehend the fear and panic the mothers most feel as they try to protect their calves. Calves are seen swimming tightly by their mothers’ sides. Unfortunately, they cannot protect them from the hunters. The real agony comes when they are forced under the tarps and separated from their calves. Although the scene is hidden from our eyes by the tarps, one can only imagine what both mothers and calves endure. Mothers’ lives are extinguished as calves are nearby being wrestled into slings. The hunters, not wanting such small bodies counting against their quota, then drive the calves back out to sea and dump them, alone. I’ve had many sleepless nights thinking about those calves wandering the ocean, calling out for mothers who cannot return their calls. Although Risso’s dolphins are hard to study since they are an offshore species, it is believed that calves will stay with their mothers and nurse for 12-18 months. Many of the calves dumped back to sea are very young. To toss a young, intelligent and sentient being into the ocean without its mother is beyond cruel. To think of those Risso’s calves, hungry and frightened, searching for mothers they will never find is agonizing.” 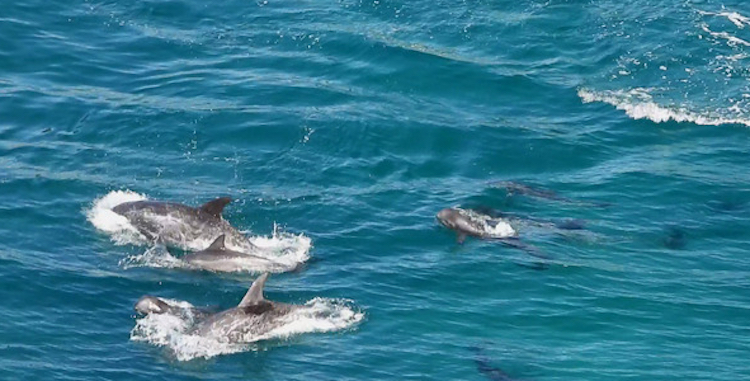 Risso’s moms and their calves swim tightly together after being driven into the Cove, Taiji, Japan. Credit: LIA/DolphinProject

Tragically, this isn’t the first incident where juvenile dolphins have been mistreated or discarded. Over the years, Dolphin Project has documented the separation of nursing calves from their mothers during captive selection, juvenile dolphins being dumped at sea without the protection of the rest of their pods and juveniles slaughtered alongside adults in the Cove.

Watch the footage below and click on the links at the bottom of this blog to Take Action:

Featured image: Hidden underneath tarps, Risso’s calves are taken out of the Cove and dumped alive at sea – alone. Credit: LIA/Dolphin Project

For the 2021/22 season, a total of 1849 dolphins across nine species including short-finned pilot whales, Risso’s dolphins, rough-toothed dolphins, striped dolphins, pantropical spotted dolphins, melon-headed whales, bottlenose dolphins, false killer whales and Pacific white-sided dolphins are legally allowed to be chased, harassed, slaughtered or taken captive. Once again for this season, Dolphin Project is collaborating with Life Investigation Agency (LIA), a Japanese NGO headed up by Ren Yabuki, dedicated to investigating, exposing and campaigning against the abuse of animals. We are also working alongside other Japanese-based volunteers, activists and NGO’s. Program goals are to document the hunts in Taiji, along with expanding anti-captivity educational programs throughout Japan.