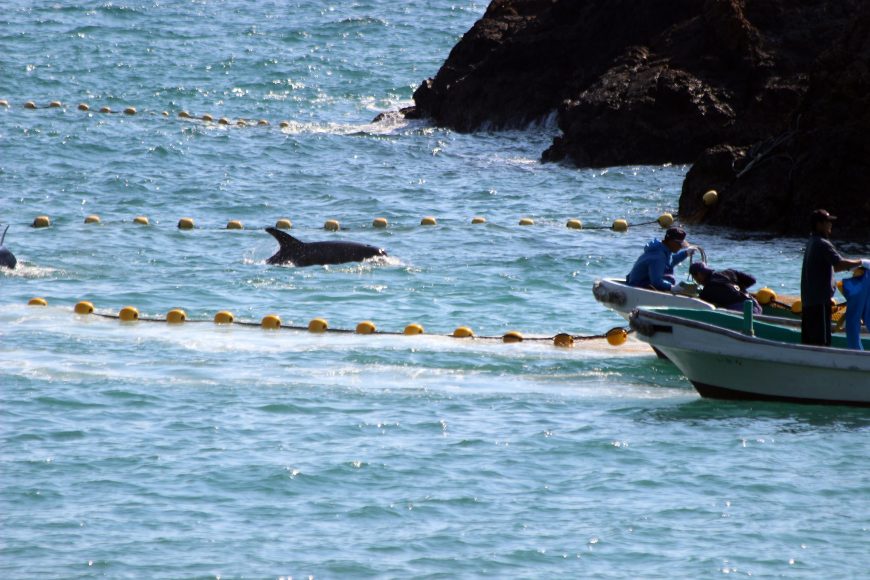 Another pod of Risso’s dolphins has been slaughtered in Taiji, Japan, only three days after the last slaughter of this same species.  The fishermen struggled to drive the dolphins into the Cove, and the small pod — about a dozen animals, was split into two groups. The dolphins spent two hours trying to escape  – but with roughly one boat per dolphin, they stood little chance.

After the first pod was driven into the Cove and the nets were closed, the boats went back to help the rest of the fleet drive in the last few remaining dolphins. When the entire pod was sealed off from the open ocean, the fishermen used their outboard motors to chase a few of the dolphins into the shallows and out of sight. As these dolphins were being killed, others tried to escape, and became entangled in the nets.

The fishermen quickly untangled them and immediately herded them onto the beach. Within an hour every Risso’s dolphin had been killed; their bodies were hauled to the butcher house, and an eerie silence remained. 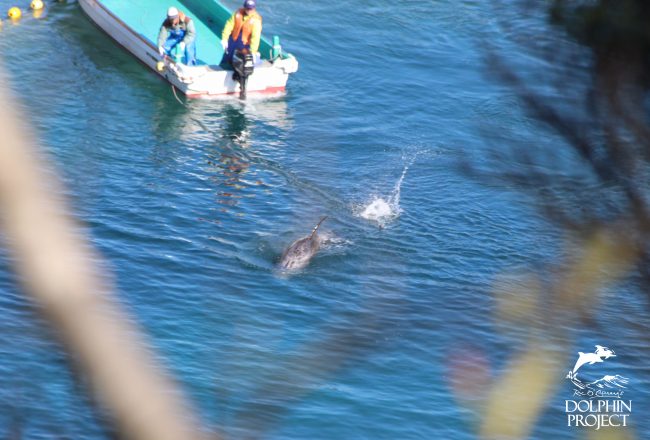