Meeting with the Indonesian Minister

Home/Blog/Indonesia/Meeting with the Indonesian Minister 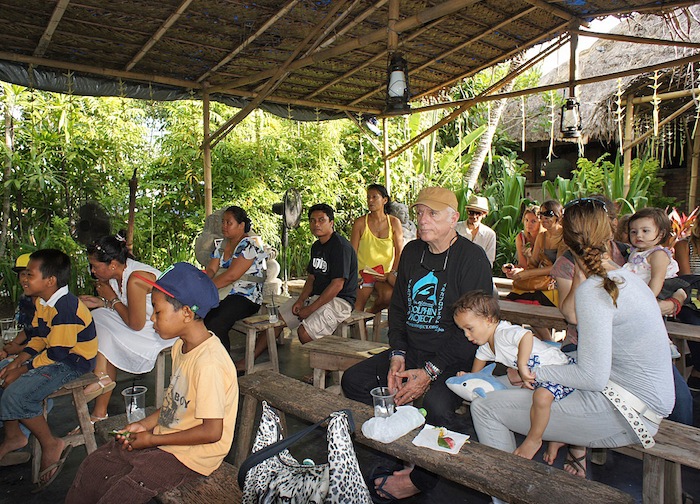 I was supposed to fly home, but instead I flew to Bali to go with the Minister of Forestry to see several dolphins being held in a small swimming pool at a café in Bali.

Our friends from Jakarta Animal Aid Network (JAAN) had identified these dolphins as illegal and went to the restaurant with the local police, but the owners pulled out a document claiming the dolphins were “on loan” to the café by the traveling circus!  And the police left.  That is the way things are done in Indonesia, it seems.

But Mr. Zulkifili Hasan, Forestry Minister, met with us on Tuesday in his office and reconfirmed his willingness to shut down the traveling circus and help us help the dolphins by bringing them to our sea pen in Karimun Jawa National Park for rehabilitation and release.

We built the sea pen in 2010 after signing an MOU, in October 2010, with the Forestry Department agreeing to supply us with these illegal dolphins, being kept in captivity in a number of dolphinariums, swimming pools, and the traveling circus.  But we could never get the Forestry Dept. to actually take action for us.

The Minister agreed to work with JAAN and Dolphin Project to shut down the illegal traveling circus and to transport the dolphins to our sea pen for rehab and release back into the wild, where they belong.

After the meeting, I was scheduled to fly home, but the Forestry Minister announced he would go to Bali immediately and wanted me there with him, along with JAAN.  So my flights have been canceled, and I will continue to work in Indonesia for the next few days, at least.  Of course, if and when we get dolphins to transport to our sea pen, I will be coming back and helping JAAN with the rehab and release process.  Since our sea pen is in the middle of the National Park where these dolphins were illegally caught, it will be fairly easy to let them out back into the ocean.

We arrived at the café, and indeed the situation was frightful.  The pool was so polluted that you could barely see the dolphins under the surface.

And the Minister stated: “The dolphins here are not being cared properly for, and they will be relocated.”

Ric at a Bali school giving a presentation on dolphins for the children last week.

Veterinarian Dr Made Sugi of the Bali Animal Welfare Association (BAWA) inspects two dolphins in the Akame restaurant in Bali, Indonesia, 13th February 2013. In a breakthrough meeting between conservation groups and the Ministry of Forestry, both formally agreed to work together and take direct action against illegally captured, held, or displayed dolphins by any unlicensed entity, and would hand over the captive dolphins to Jakarta Animal Aid Network ( JAAN) and the Dolphin Project to rehabilitate and release back into their natural habitat. Starting with the release and transport of at least two male dolphins currently on display in a private restaurant “Akame” located in Benoa Harbor, Bali.

All of that is in the future; for now, we have successfully broken through the bureaucratic muffling that has prevented our making progress for the past two years.

Two years in which captive dolphins have continued to be abused, losing their skills of how to survive in the wild.  We will have to proceed with caution in their rehabilitation.
And we still face a lot of opposition, both from the captive industry and from their supporters within the Indonesian government.