Measurable Progress for Dolphins in 2018

While it seems like yesterday we were welcoming in the new year, I’m amazed by how much progress we’ve made for dolphins during these past twelve months. Our global outreach has never been broader, with more people in all parts of the world realizing that dolphins do not belong in captivity, nor deserve to be victims of slaughter. Our team continues to work extensively in Japan, Indonesia, the Solomon Islands, and the United States, in addition to ramping up efforts to make the first European dolphin sanctuary a reality.

2018 saw much progress in the movement to put a permanent end to dolphin captivity as well as increased awareness about the plight of dolphins. Dolphin Project supported numerous efforts including:

NONE OF THIS IS POSSIBLE WITHOUT YOU. Each activist who held a banner, each student who gave a presentation, and every person who wrote a letter or signed a petition — you are the force that will transform the future. Those of you who made a donation, fundraised, or made a shop purchase have our sincere thanks; your financial support directly funds our campaigns and keeps us in the field. 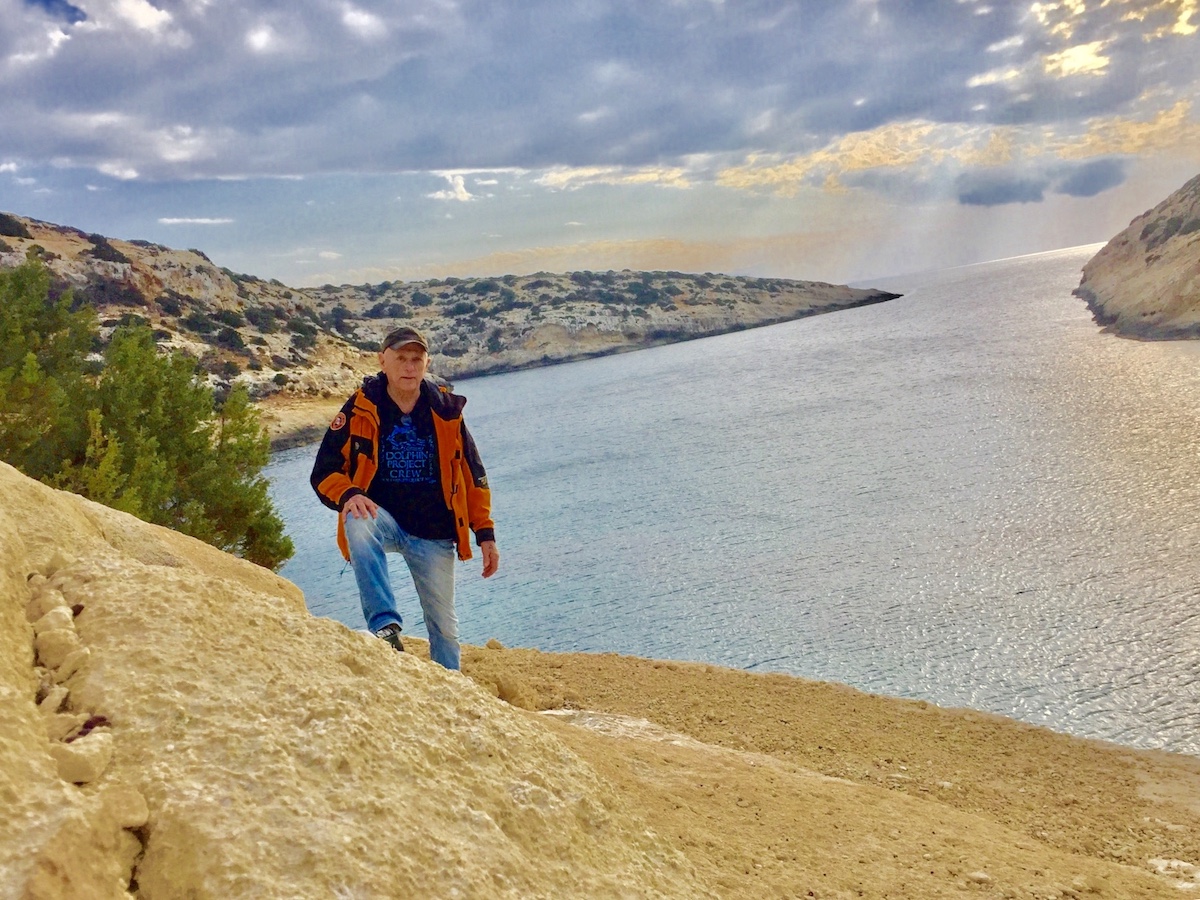 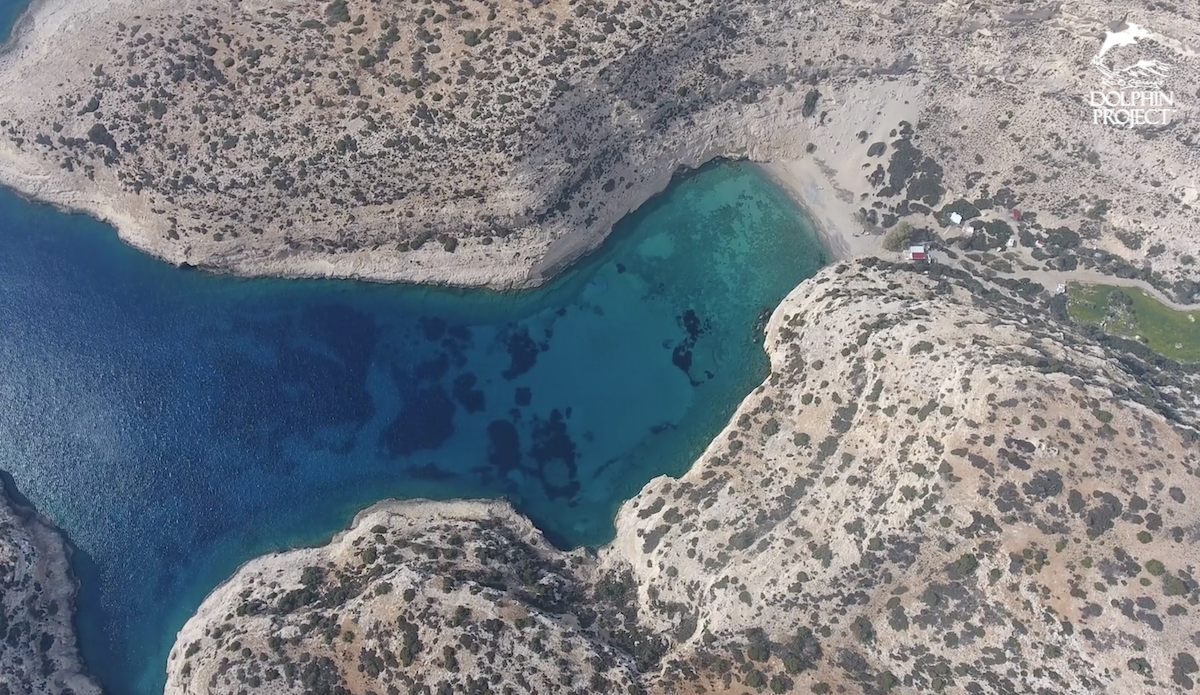 I continued to scout locations across Europe to build the first European Dolphin Sanctuary, a safe seaside location where former show-dolphins can retire in peace and dignity. There is something obscene about a dolphin dying in a stadium. First-generation captive dolphins in Europe came from Cuba or Florida, and most of them have died. The survivors and their offspring, who were born in captivity in a controlled environment, need a gentler, warmer climate during the winter months than is generally found in Europe. We have been researching the island of Crete, Greece, as the climate there is similar to southern California – that’s as far south as one can go and still be in Europe. We are very excited about what we have discovered in Crete. And we’re excited about the level of cooperation we have received in Greece. 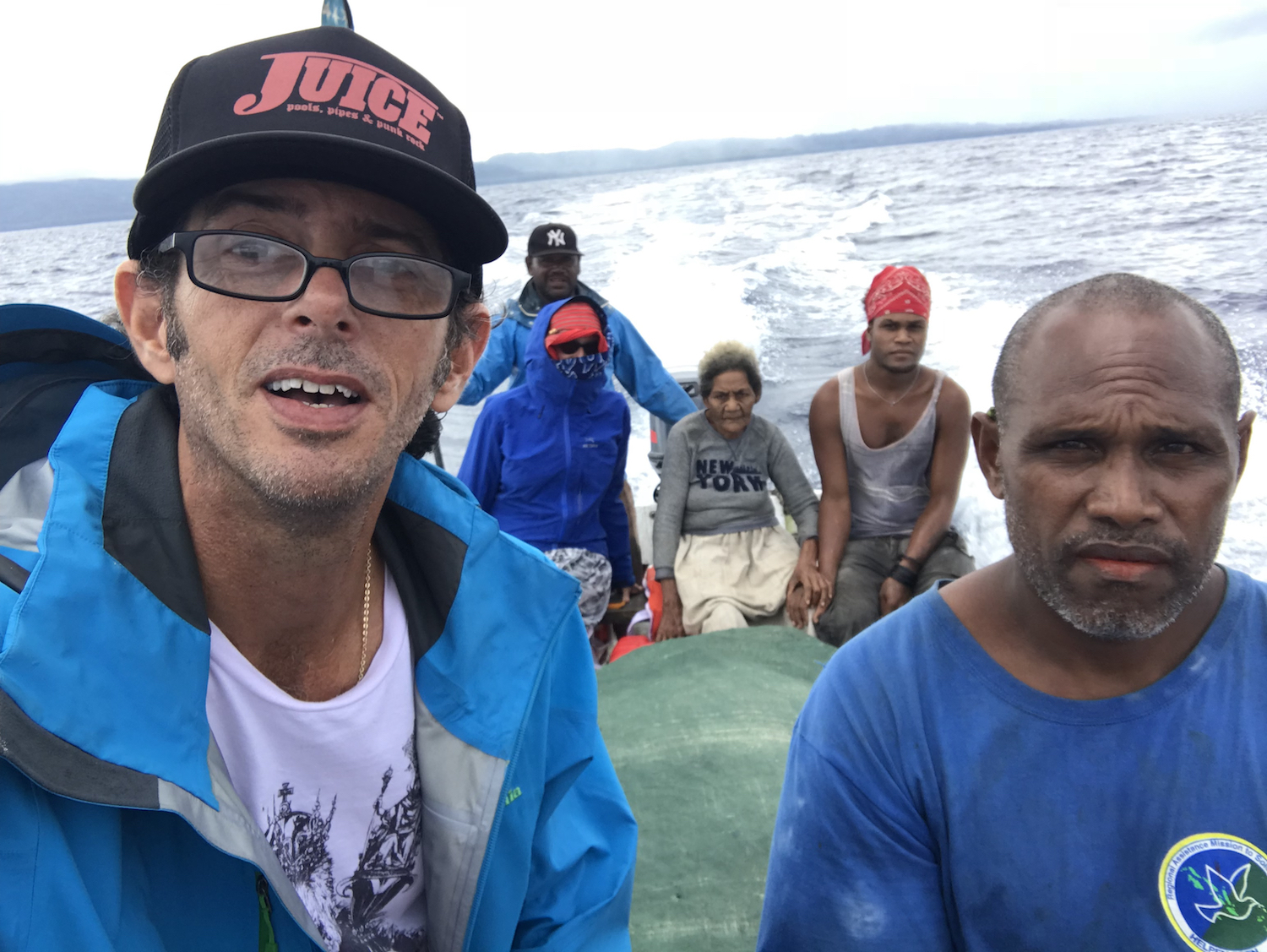 Lincoln O’Barry and Dr. Sarah Meltzoff continued their on-the-ground work in the Solomon Islands, assisting communities to evolve from their conventional dolphin hunts. Home to the largest drive slaughter of dolphins in the world, annual kills continue to drop significantly. We continue to fund the salaries of the teachers and school supplies for the village kindergarten school that we constructed in 2016. The school has been serving as a meeting place for the entire community and our visiting teams, as well as being utilized for adult night school classes. Dolphin Project brought masters-degree former students of Dr. Meltzoff to live amongst the community. Through a series of outreach talks and hands-on learning, villagers are educated about about marine biology and conservation. In addition, we funded continuing education classes for our kindergarten teachers to enhance their degrees in early childhood development. Dolphin Project completed a permanent base (community house) in Fanalei which has further strengthened our work in marine protection. 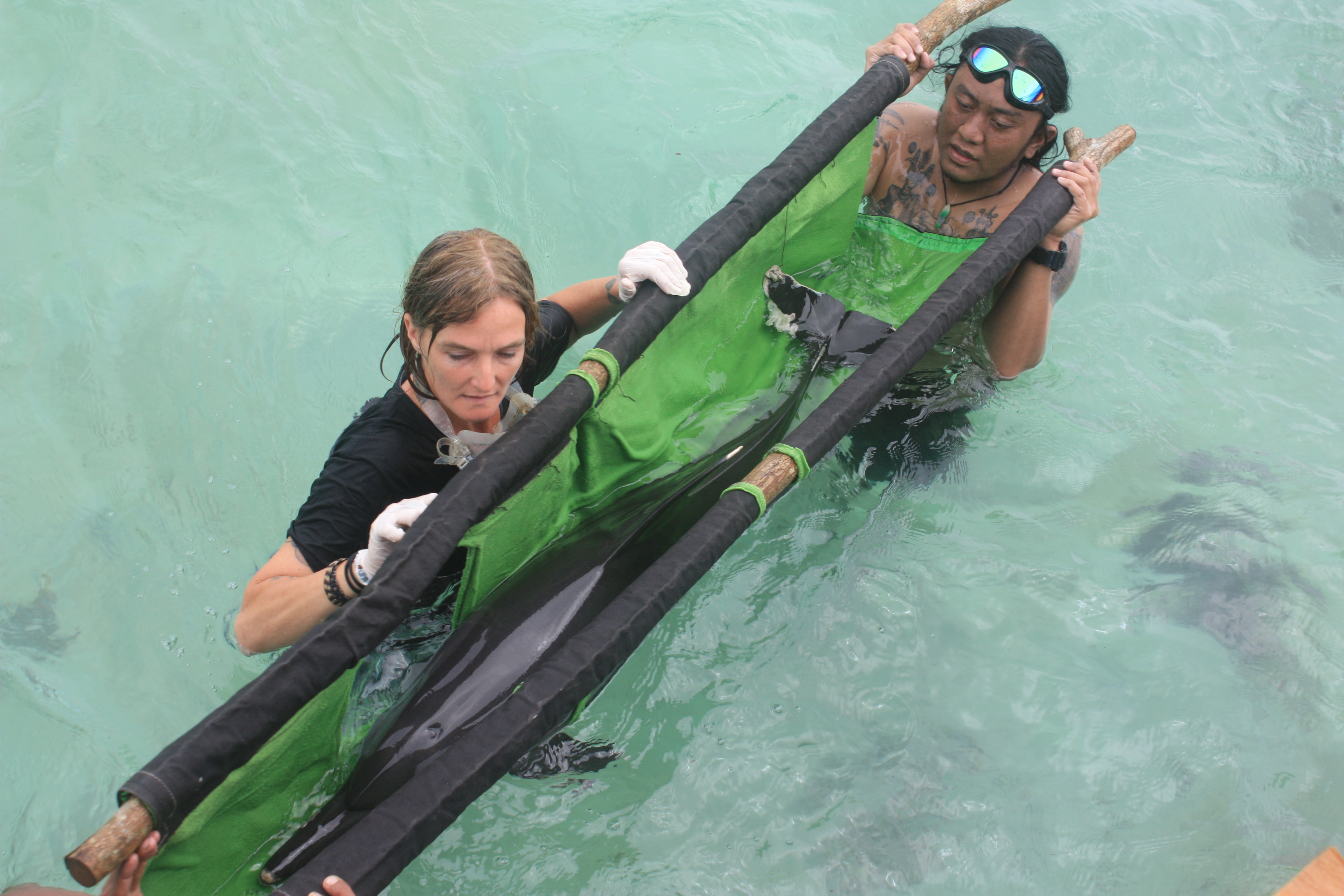 In Indonesia, Dolphin Project and our partner JAAN successfully re-negotiated a five-year Cooperation Agreement with the Indonesian government to maintain Camp Lumba Lumba as the designated rescue and release facility for illegally captured dolphins. Last December, Dolphin Project’s Indonesian marine mammal team and the Jakarta Animal Aid Network rescued and released a spinner dolphin, destined for Indonesia’s barbaric traveling circus. The dolphin was taken to Camp Lumba Lumba, where it was evaluated before released into her home range. In the new year, we will assist the government in microchipping all captive dolphins in the country, so that the illegal trafficking of dolphins comes to an end.

We have now built our second education center in Karimun Jawa which will host class visits and provide a conservation curriculum and resources. 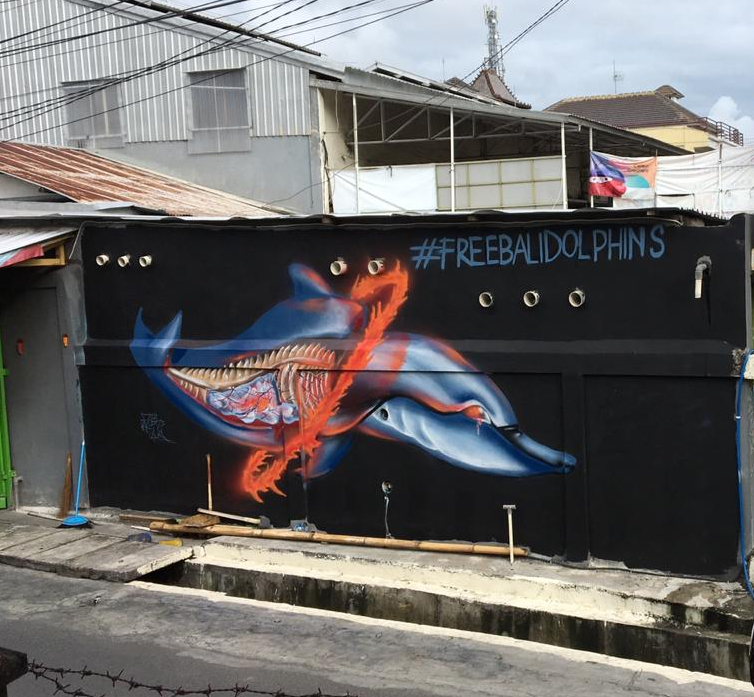 In collaboration with local and visiting street artists, we are continuing our mural campaign on buildings across Bali, spreading awareness about dolphin captivity. After Dolphin Project shot footage of a family of orcas slaughtered off Lembata in Indonesia last year, two meetings were held with the Ministry of Fisheries for the purposes of discussing these hunts. Scientists, NGOs active in the area, as well as representatives from the Lamalera community were all invited to express their concerns – something previously unheard of. It was unanimously agreed upon that these hunts should stop, and a ruling was made to end the killing of dolphins and other whales. 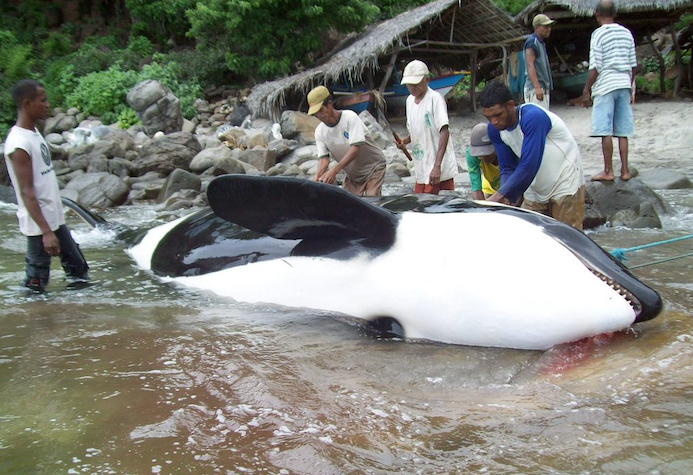 Since Dolphin Project exposed the killing of an entire orca family by fishermen in the village of Lamalera, positive steps have now been taken to end such slaughters.

Dolphin Project returned to The Cove in Taiji, Japan, for its 16th season, where our team is on the ground for the entire six-month hunting season. Using live-streaming technology across multiple social media platforms to document the dolphin drive hunts, we remain committed to sharing this information with the world. The season launched on Japan Dolphins Day, an international day of action and awareness that we have coordinated since 2005. This year over 34 events were organized around the globe; I was proud to attend events in London and Paris this year. Early in the season, our Cove Monitors withstood two typhoons, choosing to remain in Taiji in order to continue their efforts. I’m pleased to report that local activism in Japan is strengthening, and we applaud their efforts in promoting change from within. Also returning to Japan were Dolphin Project’s latest team of Mini Cove Monitors – 9 year-old Imogen and 12 year-old Aidan to help make a difference for dolphins. Dolphin Project visited and obtained exclusive footage of Honey, a dolphin stuck in captivity at Inubosaki Marine Park Aquarium, a shuttered aquarium in the city of Choshi in Chiba prefecture, Japan. Dolphin Project also hosted its third annual virtual race “Tread for Taiji” with supporters worldwide raising awareness in their communities. Dolphin Project continues our lawsuit to challenge my illegal deportation from Japan so that I can return to Taiji one day in the not-too-distant future to join my team on the ground at the Cove. 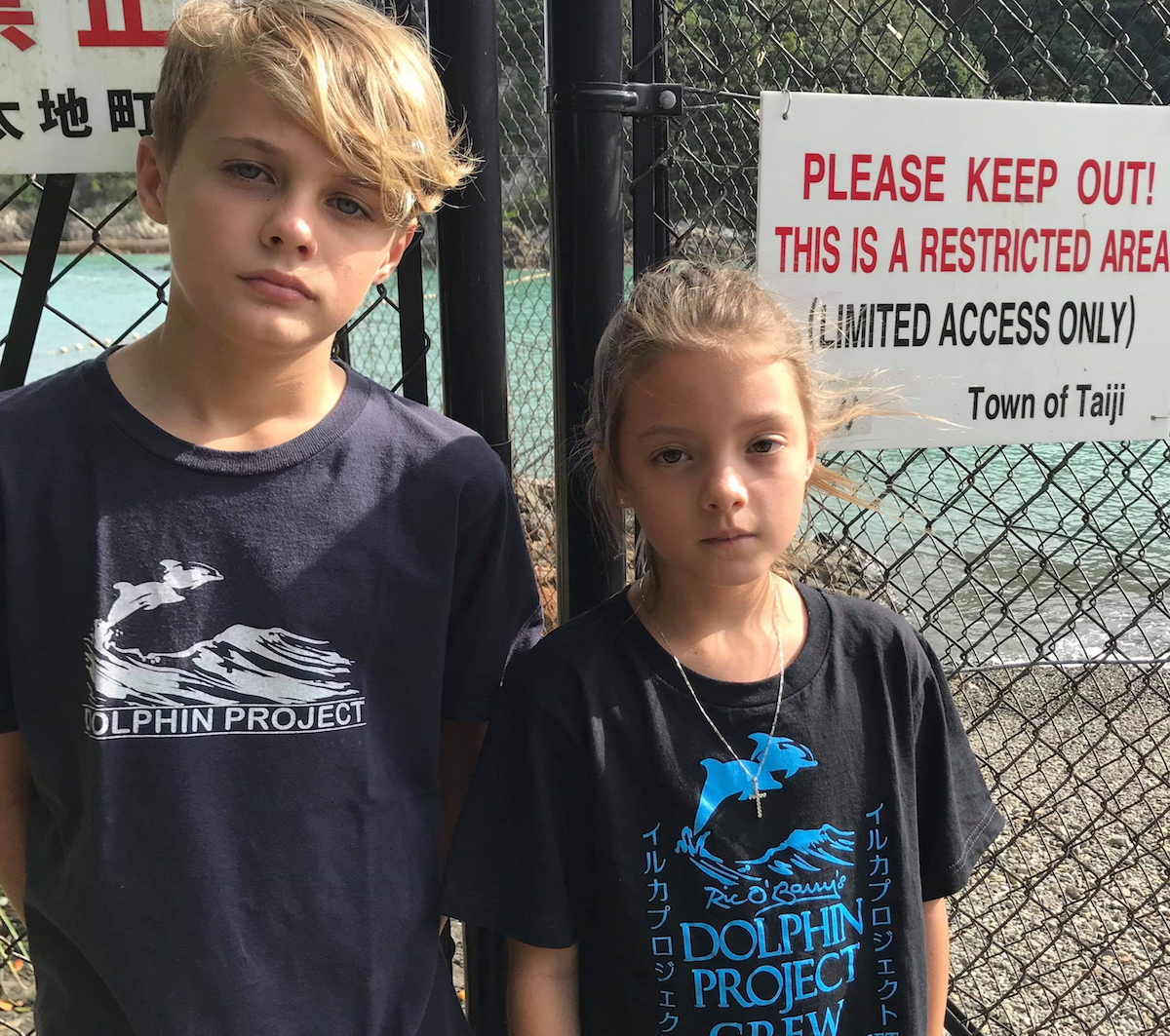 Mini Monitors Imogen and Aidan at the Cove, Taiji, Japan.

Dolphin Project’s education and outreach team continued to reach new audiences in 2018, offering workshops to schools throughout California, university lectures in the UK, Skype interviews with classrooms in Switzerland and the Netherlands, student research interviews from New England to India, event booths, and more. Education Coordinator and veteran Cove Monitor Cynthia Fernandez traveled to Lewis and Clark Law School in Portland to participate in an animal rights symposium, while Dolphin Project was represented at a dive expo in Singapore by our mermaid ambassador Nina Leipold. Volunteer-hosted screenings of The Cove are still taking place all around the world, and several of our Cove Monitors traveled to Sacramento to participate in a screening set up by volunteer Jennifer Davis at a historic theatre steps from the state capitol building. My entire family traveled to Germany to take part in the annual Empty the Tanks demonstration in Duisberg. An educated consumer is the captive dolphin’s best friend, and the efforts of both our staff and volunteers to raise awareness are tremendously appreciated.

Education equals empowerment! We’ve made it easy for all ages to learn about issues affecting dolphins, with our study guides for teachers, activism guides and other resources. 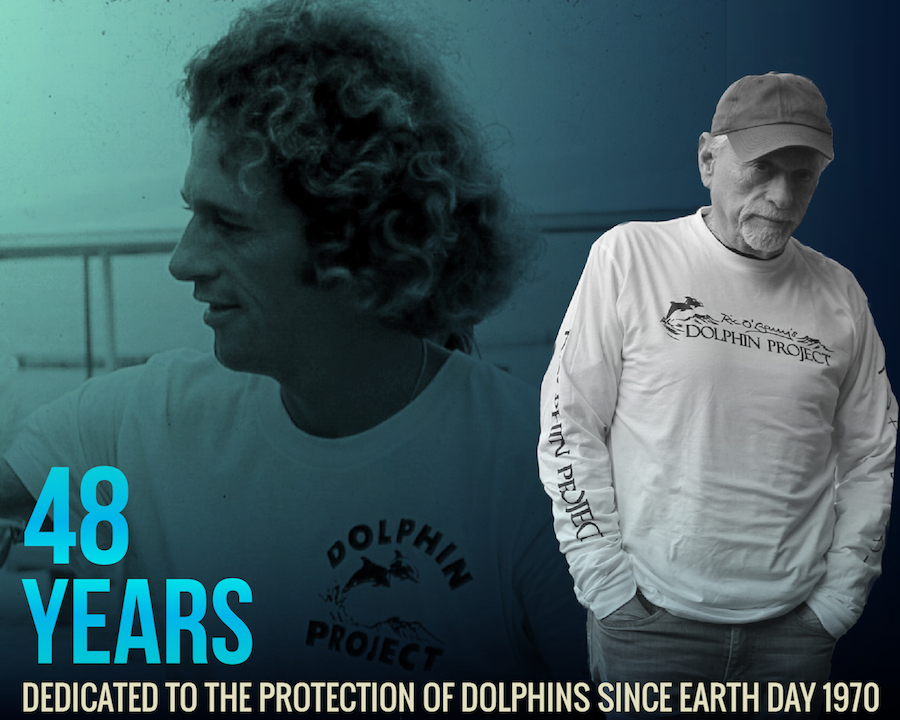 As we prepare to herald in a new and promising year, all of us at Dolphin Project remain as committed as ever to improving the lives of dolphins, and helping to keep them wild and free. A movement that started 48 years ago with a vision and a t-shirt has evolved into a global activism powerhouse. My life’s mission was carved out one fateful day in 1970, but now, it’s up to us all to make permanent changes for those whose voices have been silenced. Each time you donate to Dolphin Project, know that you are aiding the longest-running anti-captivity dolphin welfare organization in the world. Please continue to share our blogs, petitions and social media posts, and strike up a dialogue with whomever will listen. No action is ever too small and everything we do matters. Thank you for your support and for being on the right side of history.

Dolphin Project has been awarded GuideStar’s 2018 PLATINUM SEAL OF TRANSPARENCY, the highest level of recognition GuideStar can give a nonprofit organization.