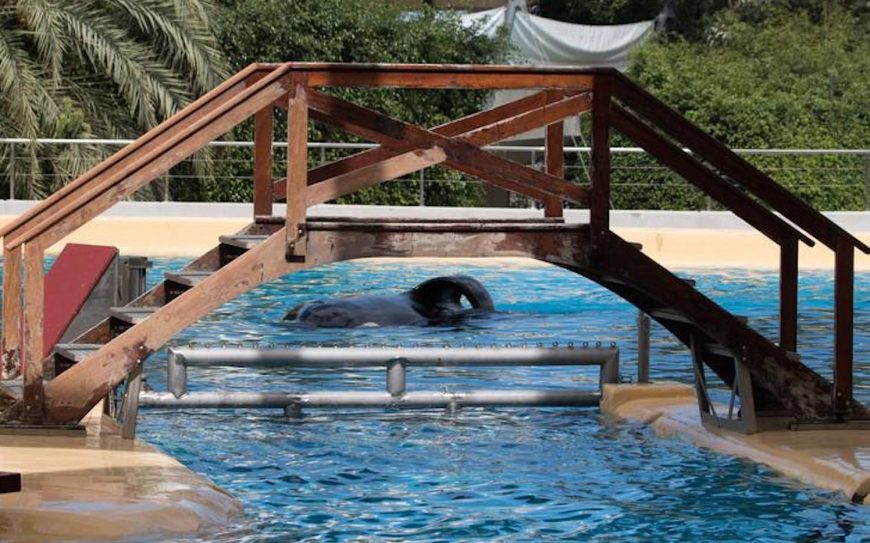 Making paying audiences buy into the ludicrous and illogical idea that orcas thrive in small and barren spaces is an absolute must for the global dolphinarium industry to survive.

As explained by Helene O’Barry, “Some of the world’s dolphinariums appear desperate in their attempts to divert the public’s attention away from the negative consequences of subjecting these free-ranging, highly complex marine mammals to lifelong incarceration in a man-made world of shouting audiences, food control and trainers’ constant demands. An example of this is Loro Parque, a zoo in Tenerife, Spain, where several orcas are confined in small, shallow concrete tanks and trained to perform in theatrical shows several times a day during their high season.

The facility created a document titled, “Encyclopedia of Anti-Captivity Arguments”in order to persuade readers that orcas flourish in captivity. The publication ignores everything that science has taught us about orcas who, in nature, enjoy the status as one of the ocean’s most powerful and intelligent predators. Dolphin Project is among the NGOs mentioned in Loro Parque’s pro-captivity document, and we have co-signed this letter in response.

Recently, the Spanish theme park Loro Parque produced a document, the ‘Encyclopedia of Anti-Captivity Arguments’, in which they attempt to rebut quoted statements from various sources expressing an anti-captivity viewpoint.

Many of these statements were made by the undersigned or the organizations we represent. We welcome any opportunity to add clarity to the debate over cetaceans in captivity; however, as professional marine mammal scientists, advocates and educators ourselves, we felt it was necessary to voice our concerns over this document and how our statements were presented.

We note that most of the quoted statements are taken out of context; there are numerous errors in the rebuttals; and several studies are cited in ways that distort their actual results. Given the document’s length, we feel it is not a constructive use of our time to rebut this document in-depth, but rather we will continue to gather scientific evidence, publish peer-reviewed and white papers, and work towards the end of keeping cetaceans in captivity for commercial purposes.

We recommend that those seeking additional information consult SeaWorldFactCheck where similar statements by Loro Parque’s previous corporate partner, SeaWorld, and the rebuttals that some of us have produced can be found.

We recognize that it is likely the industry will produce more of this type of rhetoric; however, it is our view that the fundamental animal welfare concerns associated with these types of facilities will not be resolved until there are no more cetaceans in concrete tanks.