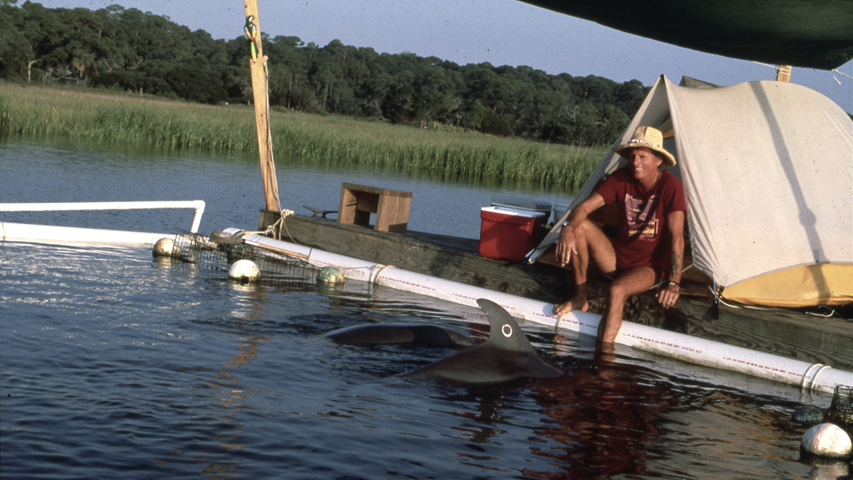 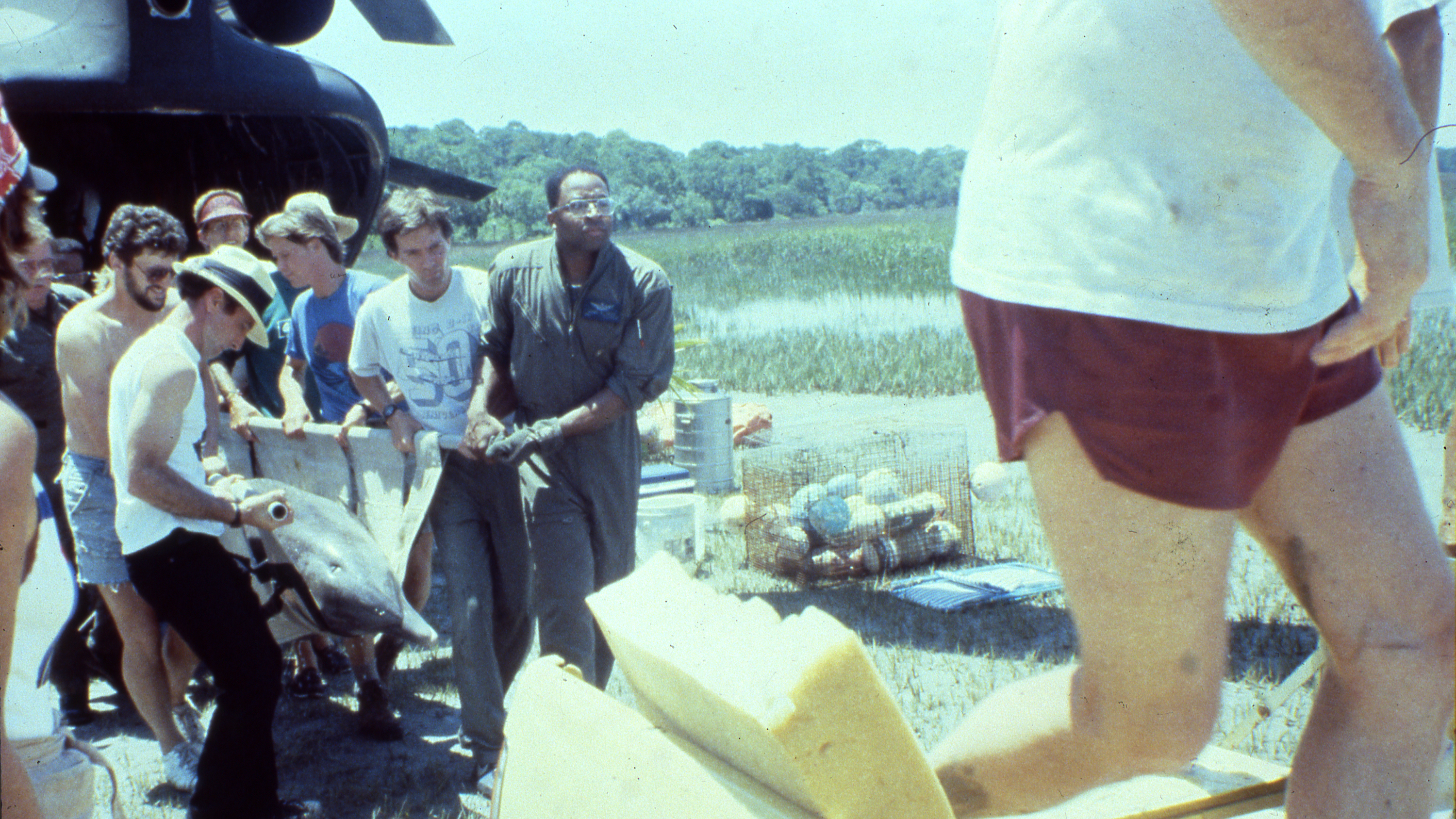 June 17, 1980, off Gulfport, Mississippi, two young dolphins – Joe and Rosie, were captured for research studies headed by controversial neuroscientist, Dr. John Lilly. Lilly had promised that once his research was concluded, he would release the dolphins into the care of  the Oceanic Research and Communication Alliance (ORCA). Ric was hired for the project as a consultant and research coordinator.

The dolphins, who were 18-months-old when captured, were held at Marine World in Redwood City, Calif. until 1985. After six years in captivity, Lilly released Joe and Rosie into ORCA’s care and the National Marine Fisheries Service issued a permit to ship the animals to the Dolphin Research Center in the Florida Keys.

Joe and Rosie were held in a floating 40-by-80-foot sea pen where Ric and the ORCA team worked together to rehabilitate them and wean them away from human dependence. The final decision on when to go, or if to go, was left entirely up to Joe and Rosie.

We are not really setting them free. We are opening the gate and giving them a choice.” ~ Ric O’Barry

Over a period of time, Joe and Rosie were gradually trained to catch their own fish. Ric meanwhile, ignored them as much as possible. This took immense concentration on his part but he knew it was a necessary component of their “untraining.”

In his book – Behind the Dolphin Smile, Ric described how fish were naturally attracted to the pen where the dolphins were held. Joe and Rosie feasted on them day and night, he said. “I know this” he added, “because I was sleeping – or trying to sleep – right above them.” 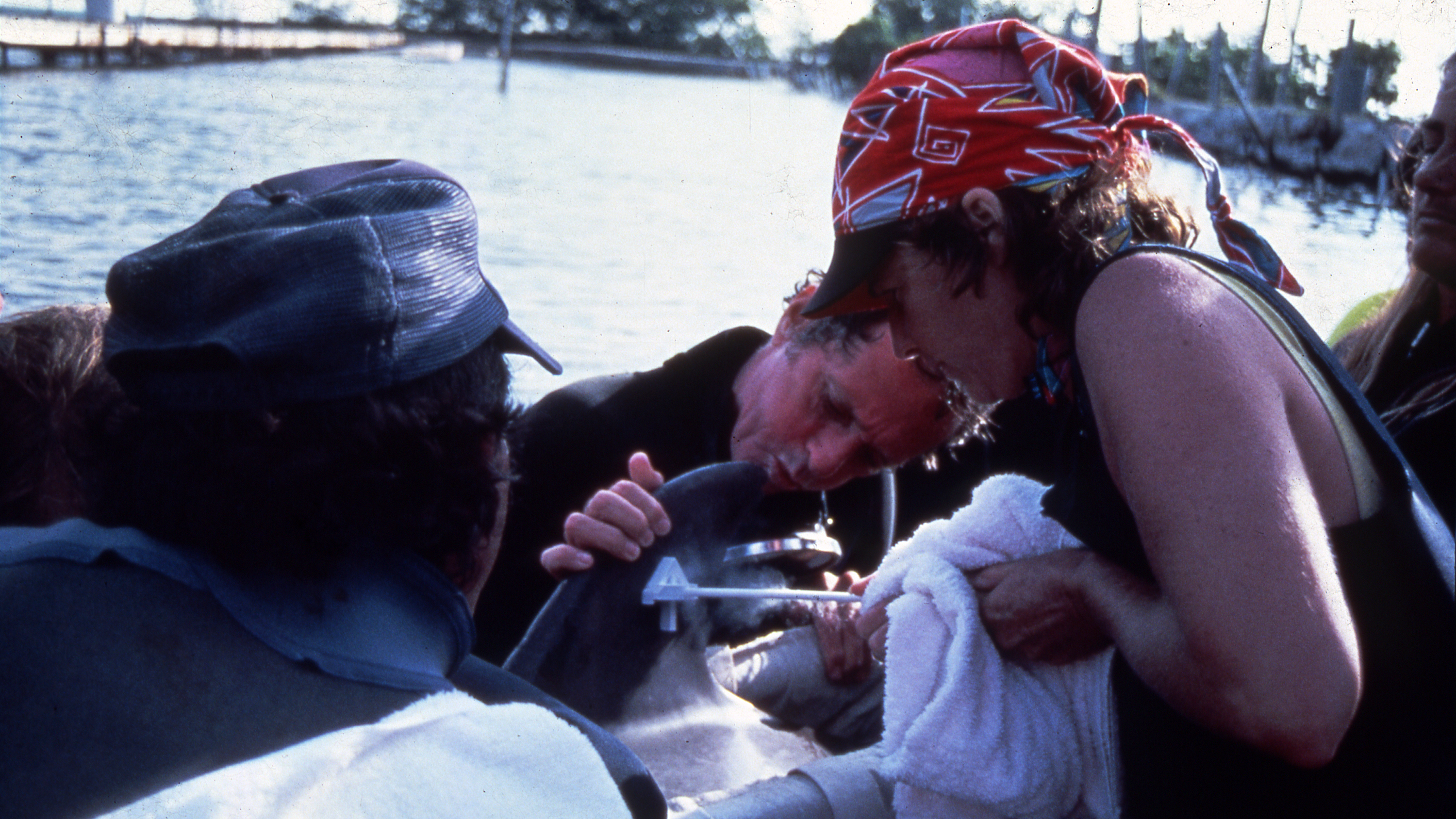 One night a larger dolphin dropped by for a visit – exciting Joe and Rosie immensely. This would be the first of many wild dolphins that came calling.

While the original plan was to return Joe and Rosie to the Gulfport, Mississippi area, the team was concerned about ongoing dolphin captures in the area. They did not want to put Joe and Rosie at risk of being captured again.

So in June 1987, the dolphins were moved to Georgia to be prepped for release there. One month later, on July 13, the gate to their pen was dropped. It was all up to Joe and Rosie now.

They never hesitated. Joe and Rosie bolted for the creek and the interior of the island. They returned to their former pen just once, and then slapped their flukes and left for the open ocean. 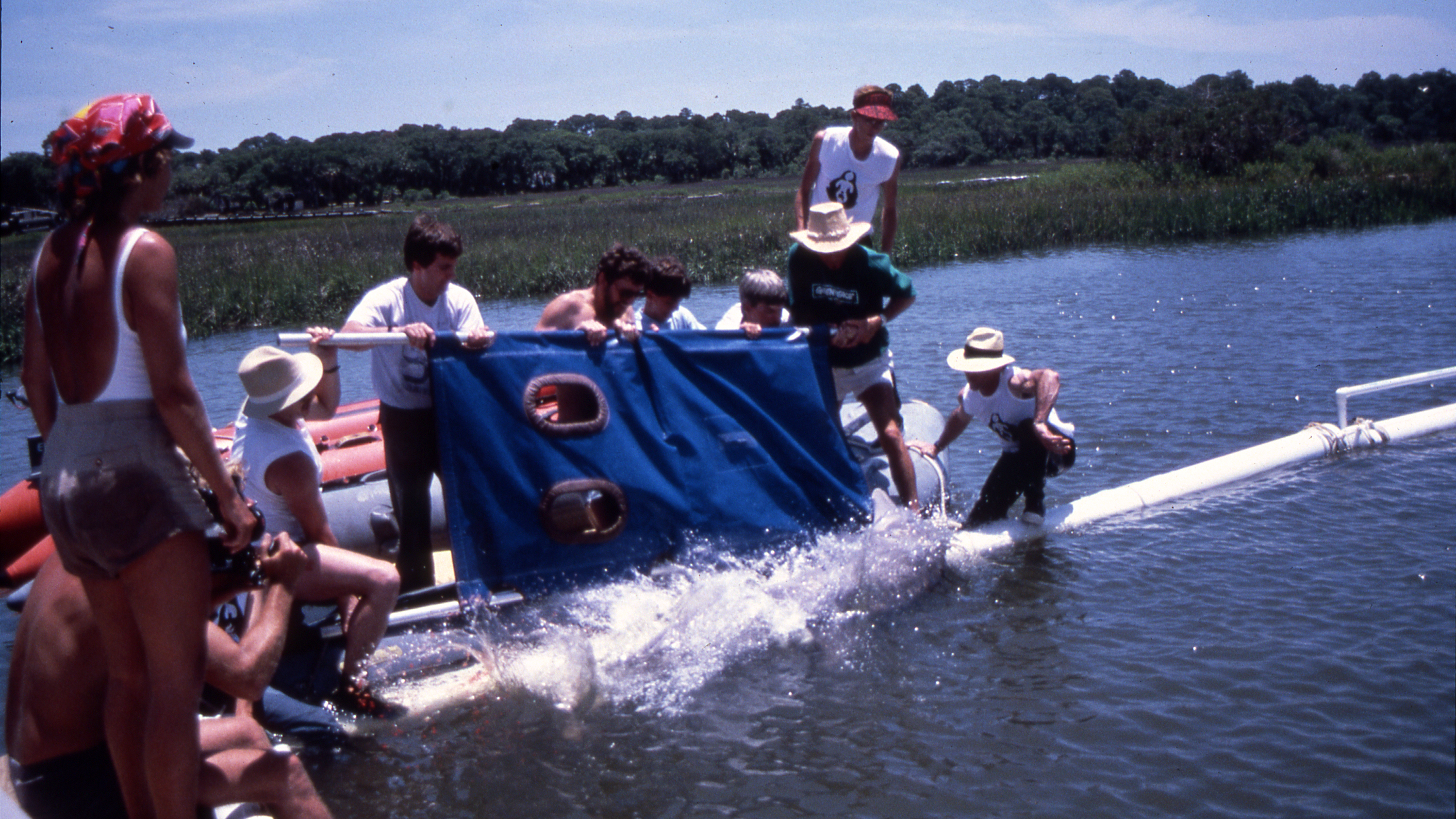 Joe and Rosie were spotted on nine separate occasions after they chose to leave — swimming alongside other dolphins. Two of these sightings were reported by Captain Edwin Longwater, a local naturalist and guide. On his second sighting he noted two dolphins calves close to Rosie and another dolphin.

Joe and Rosie’s rehabilitation and release is covered in more detail in Ric’s book: “Behind the Dolphin Smile“