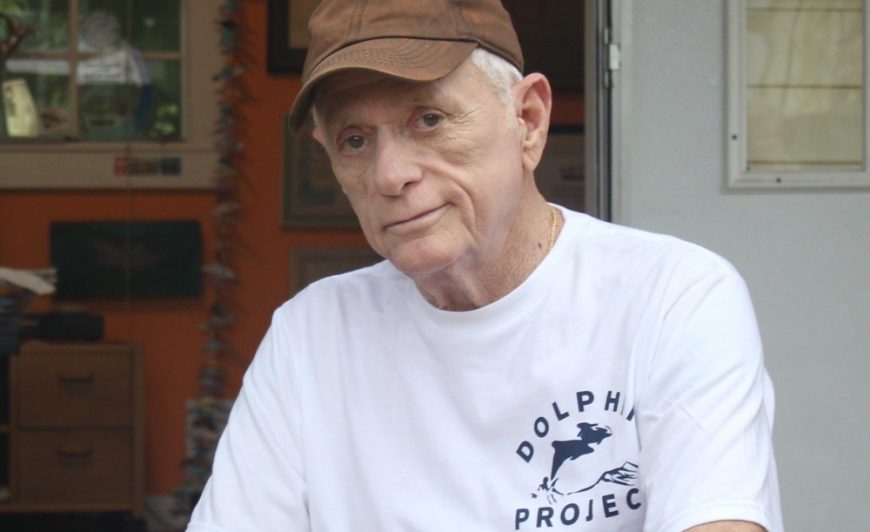 The Japanese government is cracking down on those who oppose their war on dolphins.” ~ Ric O’Barry, Founder/Director, Dolphin Project

On January 18, Ric O’Barry, Founder/Director of Dolphin Project was detained by Japanese immigration officials at Tokyo’s Narita International Airport. After arriving into Tokyo at approximately 4:45 p.m., O’Barry was repeatedly interrogated and placed in a deportees’ facility, similar to a jail, where he has been held for over 10 days.

Then, on January 21, the Japanese Ministry of Justice denied an appeal from Dolphin Project’s legal team for O’Barry to enter the country. Immigration officers also issued an order of departure for the same day. O’Barry refused to leave, vowing to fight the deportation order.

O’Barry is no stranger to two hour interrogations. Since the 2009 release of the Academy award-winning documentary “The Cove,” he is regularly detained for questioning every time he visits Japan. But nothing of this magnitude has ever happened before.

Our legal team, represented by The Law Offices of Takashi Takano, has initiated a formal administrative suit and injunction of the deportation warrant. Should O’Barry voluntarily leave the country, he would be banned from entry for a minimum of five years. For a man who has traveled to Taiji for 13 years, exposing the brutal dolphin drives taking place there, this option was unacceptable.

This is a desperate attempt by the Japanese Government to hide the atrocities in Taiji. My dad is being held as a political prisoner. They have run out of excuses on why the slaughter and sale of mercury contaminated dolphin meat continues. Dolphin hunting in Taiji began in the 1950’s and is hardly cultural or traditional. The dolphins that aren’t slaughtered are sold to dolphin abusement parks around the world.” ~ Lincoln O’Barry

Dolphin Project has mounted a legal defense fund, as our legal costs are rapidly escalating. All donations are greatly appreciated and urgently needed.