Kshamenk: The Forgotten Orca in Argentina 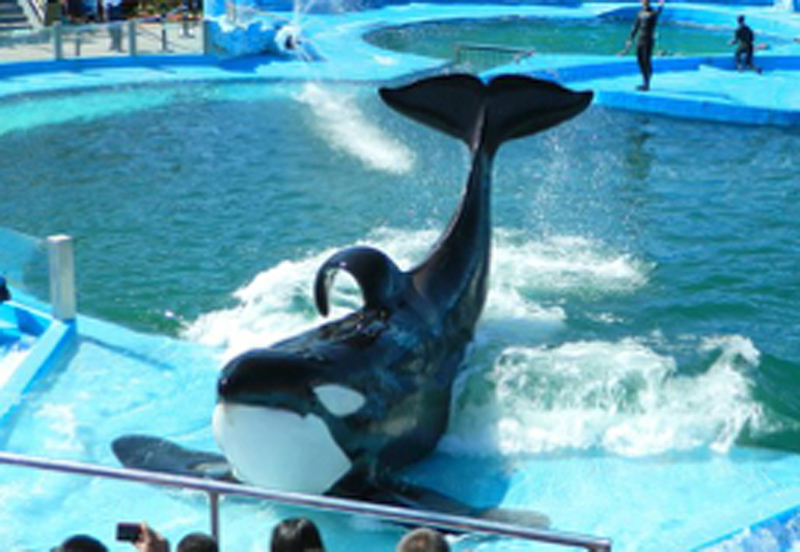 On September 19, 1992, a transient pod of orcas was swimming in waters off the coast of Argentina. The seals were there, too, and sometimes as the dolphins hunted them, they found themselves close to the shores of the beach.

The original story produced a tale of rescue after the orcas had done just that, getting themselves stuck in shallow waters. However, the truth was likely more sinister.

Rumors began circulating about the four orcas and a possible forced stranding. Perhaps the transient pod did find themselves stranded, however the more likely scenario was that the local oceanarium saw an opportunity to increase their orca collection, rather than help release the dolphins back out to sea. It was a story with various renditions but the oceanarium Mundo Marino had been known to force animals into stranding situations in order to capture them for display. At the time, the facility had just one other orca thus, the transients would have provided the perfect opportunity to expand their captive population.

Of the four orcas trapped on the beach that day, one was named Kshamenk. He would become the sole captive survivor of the group. (Two of the orcas either died shortly after their capture, on route to Mundo Marino or from self-inflicted injuries after being placed in a tank. The other dolphin was released because he was too large to be transported to the oceanarium).

Kshamenk was placed in a tank with Belen, a female orca that had lived at Mundo Marino for 12 years after her own “rescue” from the shores of Argentina. In the year 2000, at the young age of 13, Belen died just a few months after the death of her calf. And for the past 18 years, Kshamenk has been the only orca at Mundo Marino, sharing his tank with bottlenose dolphins which he did ultimately bond with. Kshamenk seems to have been forgotten by the world, and the media that helped create the “Blackfish” effect. His tank is sterile and so small he can swim 500 laps around its circumference in just one hour. His body is said to have a bend in it from his years of living in such cramped quarters, and his dorsal fin has collapsed, as in the case with all captive male orcas. 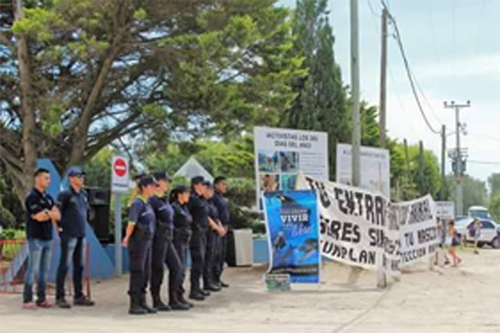 Argentinian activists fight to give Kshamenk a voice

The world and media might have forgotten Kshamenk and his sad situation, but the captive industry has not. Kshamenk provides an opportunity of genetic diversity and more than one facility has tried to capitalize on that. In 2001, Six Flags Discovery Kingdom in California requested an import permit so Kshamenk could be flown there on a breeding loan. Mundo Marino also requested the accompanying export permit. However, because the Argentine Government owns Kshamenk and not Mundo Marino the permit was denied. The long distance of travel was another concern and reason the permit was denied. SeaWorld got around this issue by purchasing his sperm in order to artificially inseminate their female orcas. Kasatka who resided at SeaWorld San Diego prior to her death was impregnated by his sperm, giving birth to a calf in 2013. Takara at SeaWorld Orlando was also impregnated, giving birth to a calf in the same year. And while SeaWorld claims they are in the business of providing “world class care” for their orcas, they have never made any attempts to improve Kshamenk’s living conditions. They pay for his genetics, but clearly have no issue with him living in the world’s smallest orca tank.

A study done by Wild Earth Foundation and others in 2006 concluded that “Kshamenk’s population of origin is unknown, as well as his home range, and there is no data of any kind regarding killer whales found along the coast of North Buenos Aires. Thus, a reintroduction was not feasible.” These organizations also felt that “If Kshamenk is released in the wild, he may revert to a previous pattern of behavior that may put him in danger, such as begging for food or seeking human contact.” Kshamenk does appear to be in good health and has virtually no wear on his teeth. At the time of this study it was determined that release into a sea sanctuary was also not an option for him because no places were deemed suitable near Argentina where Kshamenk was captured. However, we now have a future ahead of us that includes advocacy of seaside sanctuary projects, even from the captive side themselves (the Baltimore National Aquarium in 2016 announced plans to build a natural seawater sanctuary for the eight Atlantic bottlenose dolphins currently in their care).

Individuals in Argentina continue to fight to give Kshamenk a voice, but they are faced with obstacles. Educational activities planned outside of the oceanarium are met with aggression and a police force. At a recent event outside of Mundo Marino, activists found the police standing guard as well as the placement of a large screen rented by the oceanarium to block paying customers from the activists.

And while a national law was passed in Argentina in 1998 that prohibits the capture of orcas, this law doesn’t help Kshamenk or the orcas that died before him. We can only hope that with enough pressure on the Argentine Government, they will decide to give Kshamenk and his dolphin companions a better life and retire them to a seaside sanctuary setting. Meanwhile, let’s continue to support local efforts to bring Kshamenk’s plight to center stage, not the tricks he’s forced to do 365 days a year for food.