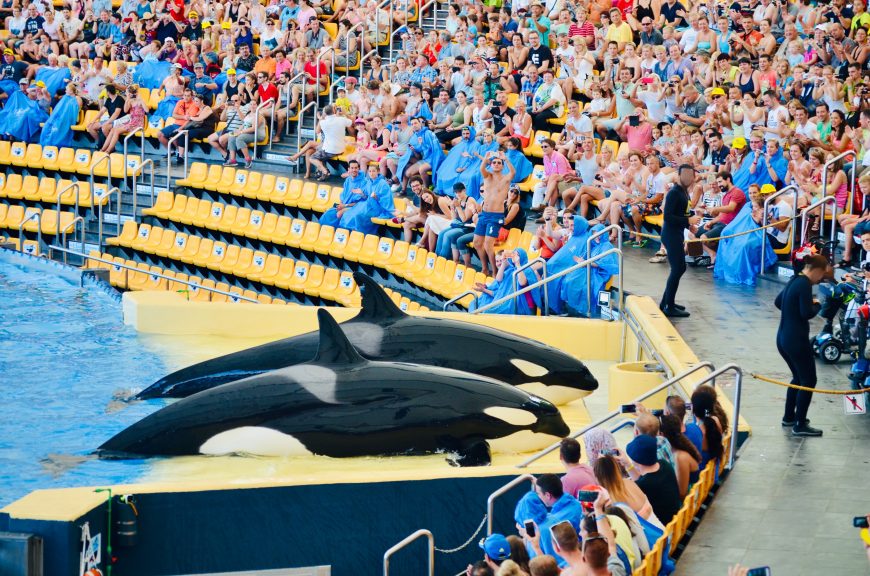 The female orca known as Kohana has died at Loro Parque, which is a zoo and marine park located in Puerto de la Cruz on the island of Tenerife, Spain. She was 20 years old. In an announcement issued to the public on September 15th, Loro Parque said: “With deep sadness, the Loro Parque team regrets to report the sudden death of our beloved orca Kohana.”

Kohana, who was presumably conceived through artificial insemination, was born at SeaWorld San Diego in May 2002. Takara, her mother, was born in captivity, and Tilikum, her father, was captured off the coast of Iceland in 1983. Kohana was three years old in February 2006 when SeaWorld Orlando separated her from her mother and sent her on the long journey across the Atlantic Ocean to Tenerife, along with three other young orcas named Skyla, Keto, and Tekoa. SeaWorld sent the orcas to Loro Parque on a so-called breeding loan, even though some of them are related to one another and would never breed in nature. Tekoa, Skyla, and Kohana all share the same father (Tilikum). Skyla and Keto share the same mother (Kalina). Kohana’s mother and Keto share the same father (Kotar).

Kohana, Keto, and Morgan respond to their trainers’ hand signals in one of the holding tanks prior to the show. Credit: Helene O’Barry/Dolphin Project

At eight years old, Kohana was one of the youngest orcas ever to give birth in captivity, and her son Adan was born in October 2010. In August 2012, Kohana gave birth to another calf, this time a female. She rejected both calves, and humans hand-raised them. Loro Parque named Kohana’s daughter Vicky, but she died when she was 10 months old. Keto, Kohana’s half-uncle, fathered both Adan and Vicky, making them inbred. Adan is still alive and performs in shows. Skyla died in March 2021.

In September 2022, the orca known as Morgan, who became separated from her pod off the coast of Holland in 2010 and ended up in Loro Parque, gave birth to a female calf that Loro Parque named Ula. Ula died in august 2021, just before her third birthday.

With Kohana’s death, three female orcas have died at Loro Parque in the last 18 months, and today, four orcas remain. They are Tekoa, Keto, and Adan (all males) and Morgan who is now the last remaining female at the exhibit.

Featured image: Kohana and Skyla beach themselves on the concrete floor during a show at Loro Parque in 2021. Credit Helene O’Barry/Dolphin Project 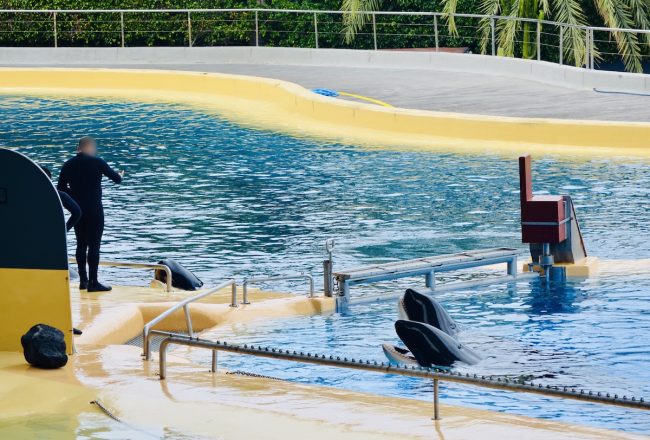