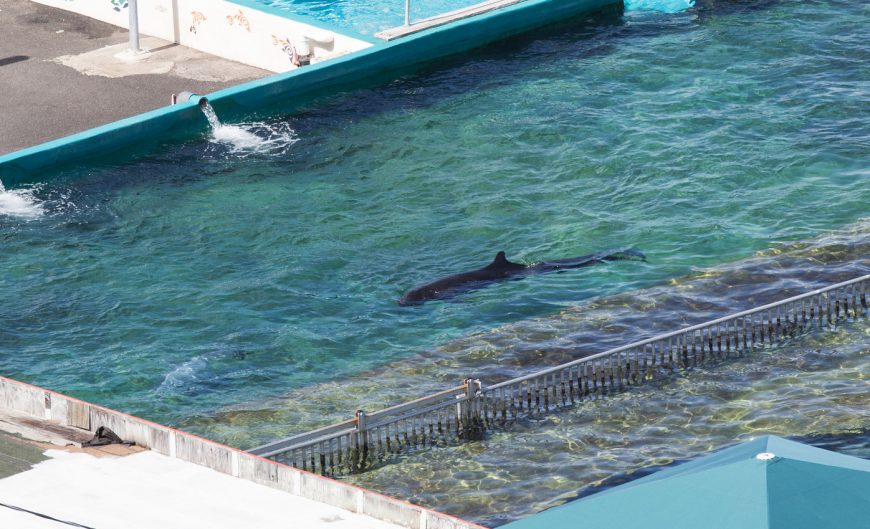 We are saddened to share the news that Kina, a false killer whale hidden away at Sea Life Park Hawaii in Oahu has died.

Kina was the last surviving cetacean in the USA acquired from the controversial Japanese drive fisheries.

In 1987, her pod, likely consisting of generations of family members, was herded into a shallow area around Iki Island in Japan. She was amongst a few individuals selected to sell off to dolphinariums. The rest of her family were deemed “pests” by fishermen and slaughtered.

After six months of waiting at a marine park in Hong Kong, she was flown to Hawaii and put to work by the United States Navy for the next six years. She was then transferred to the Hawaii Institute of Marine Biology at Coconut Island for the purposes of “research,” where she spent her days alongside two bottlenose dolphins in a sea pen. 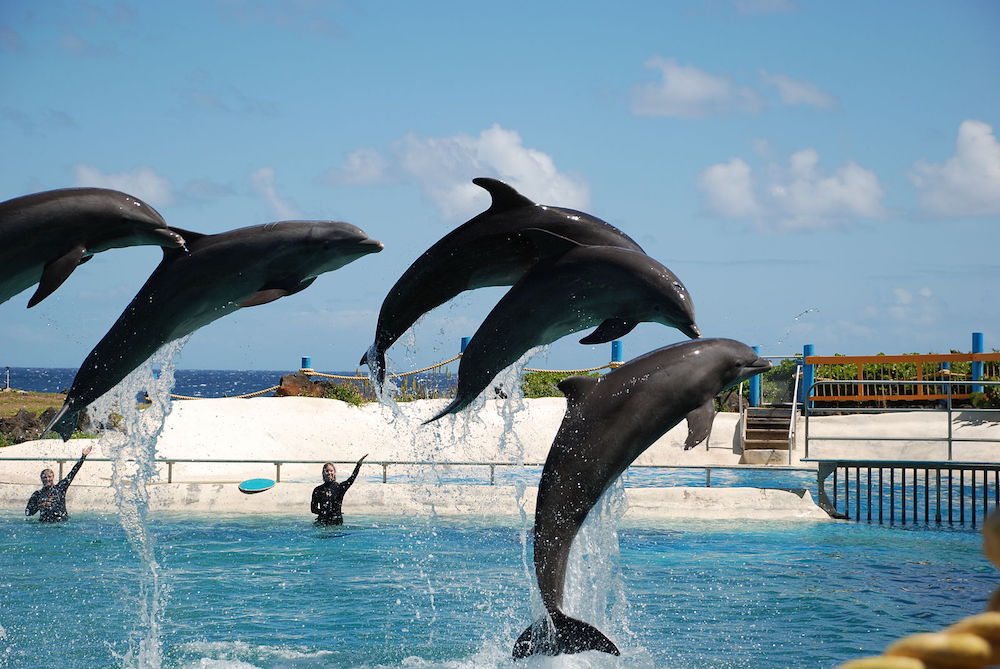 Ironic that performing dolphins at Sea Life Park Hawaii are just steps from the ocean, where they should be roaming, wild and free! Credit: Creative Commons Attribution-Share Alike 3.0 Unported license; author: Sbraden92

Twenty-three years later, Kina was dubbed “too expensive” to continue being cared for, and was auctioned off to the highest bidder – Sea Life Park Hawaii. In August 2015, she was illegally moved out of the sea pen to her new “home”. The park and the university neglected to get the federally required permits for the transfer and completely disregarded Hawaii residents’ legal rights to testify at a public hearing to determine the legality of such permits. There was a significant amount of public outrage towards the Hawaii Department Of Agriculture (HDOA) for neglecting to enforce or remedy this illegal move and, eight months later, the HDOA quietly granted her a “retroactive” transfer permit.

After the move, Kina was put in quarantine and held in isolation in a small concrete tank at the park, without even shade from the sun and almost no stimuli. The park slowly introduced some of the other captive dolphins into her pen, but she remained off display and hidden from the public. In the wild, false killer whales are incredibly social, have long-term bonds with other individuals, and share their meals. They’ve even been documented attempting to share food with fellow divers! Typically, they spend their days in deep pelagic waters and can dive for up to 18 minutes as far as 500 meters deep. The move from the ocean to a sea pen to isolation for an extremely intelligent, deep diving, social animal as a false killer whale is irrefutably cruel. It only takes basic knowledge of false killer whales to understand that subjecting them to the “quality” of life they would receive in a concrete tank is grossly inadequate and unethical.

For four years, a zinc-lathered Kina floated mostly motionless in her small tank in the glaring sun until her death.

Kina is the 141st cetacean to die at Sea Life Park Hawaii. A necropsy has not yet been performed.

Sea Life Park is currently trying to get a $30 million renovation approved. Instead of focusing on the elements of their park that are falling apart or the small, barren tanks they have for their dolphins, they’ve chosen to spend the money on the appearance of their park, including a new gift shop, indoor aquarium, updated concierge and entry signage.

Please encourage the Department of Planning and Permitting to deny their request by e-mailing [email protected]. They are accepting public comments until October 23rd, 2019.

Reprinted and edited with permission from Keiko Conservation.