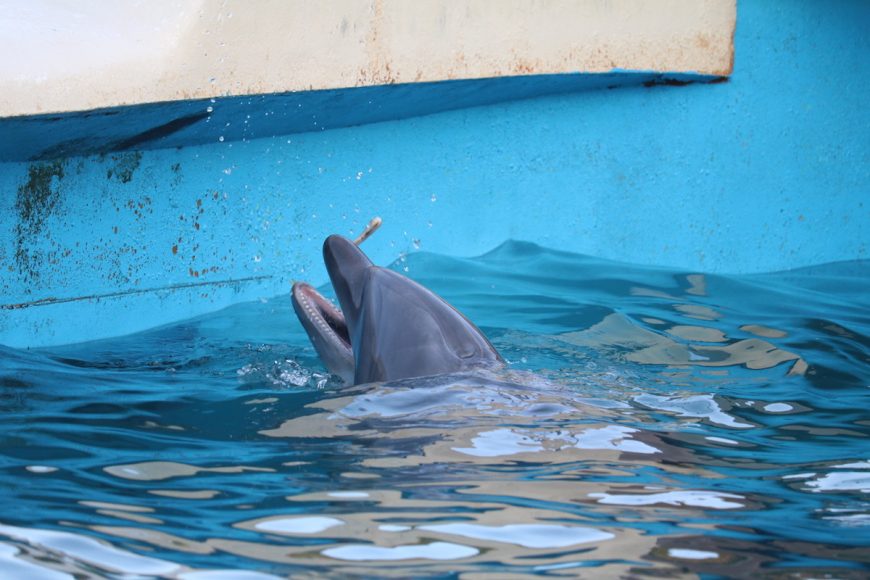 By the very nature of the term, Kuwait’s “scientific center” should preclude the keeping of dolphins in captivity. Yet, this is exactly what their expansion plans seem to entail, with the proposed installation of a dolphinarium.

According to what Dolphin Project has learned, over the next three years, a new dolphinarium is slated to be built as part of an expansion to The Scientific Center, Kuwait, a facility which serves as a center for environmental education in the Persian Gulf. With much of the world shunning keeping these sentient beings in manmade enclosures, where they are no longer free to make their own decisions and choices, this would be a definite backwards move.

Due to the unnatural conditions under which captive dolphins survive, the very qualities which make dolphins – DOLPHINS – are stripped away from them. From foraging for prey to engaging in social interactions; from swimming many miles each day to exploring, and interacting with their wild world – NONE of these things can be recreated in manmade environments, no matter how sophisticated the enclosure or technology. With the true natures of these mammals suppressed, what we’re left with are caricatures, whose lives consist of correctly executing dictated behaviors in order to be fed.

This isn’t living, nor is it “natural” or “scientific.”

We encourage The Scientific Center, Kuwait to rethink their expansion plans, and take a stand against keeping dolphins and other whales in captivity. The center instead, should welcome being a visionary by taking a strong ethical position against such outdated practices, and will be met with international praise for doing so.

Petition: Say NO to Dolphins at the Kuwait Scientific Center