Taiji, 2-19-20: With less than an estimated two weeks left of the dolphin drive hunts in Taiji, Japan, another pod of dolphins was slaughtered. As in previous drives, where unsuspecting pods of wild dolphins are driven into the Cove, then either slaughtered for meat, selected for “life” in captivity, or both, yesterday’s hunt was nothing out of the norm.

But when the “norm” includes the blatant mistreatment of another species, the Japanese government needs to re-examine their definition of “culture” and “tradition.”

Dolphin Project’s team of Cove Monitors documented this hunt, as we have been doing all season. For close to six months, our team has live streamed and documented via photos and videos the brutal events in Taiji in efforts to educate on the connection between the dolphin hunts and dolphin captivity. As trainers and hunters work alongside one another, choosing which mammals will be abused for profit, and which will be slaughtered for consumption (the latter being a dangerous practice due to high levels of contaminants found in dolphin meat), the take-away is undeniable: when one supports the aquarium or marine park industry, one also condones and supports the drive hunts. 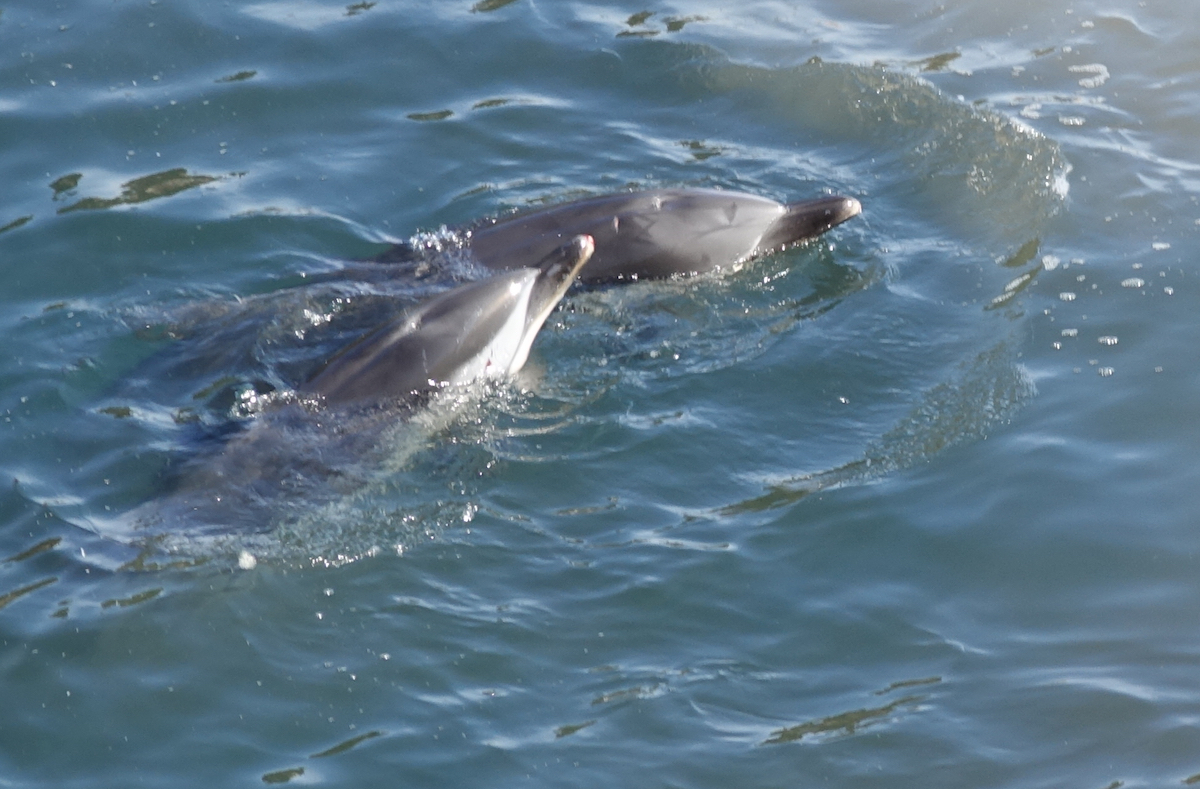 Mother and calf pair await slaughter after being driven into the Cove, Taiji, Japan. Credit: DolphinProject.com 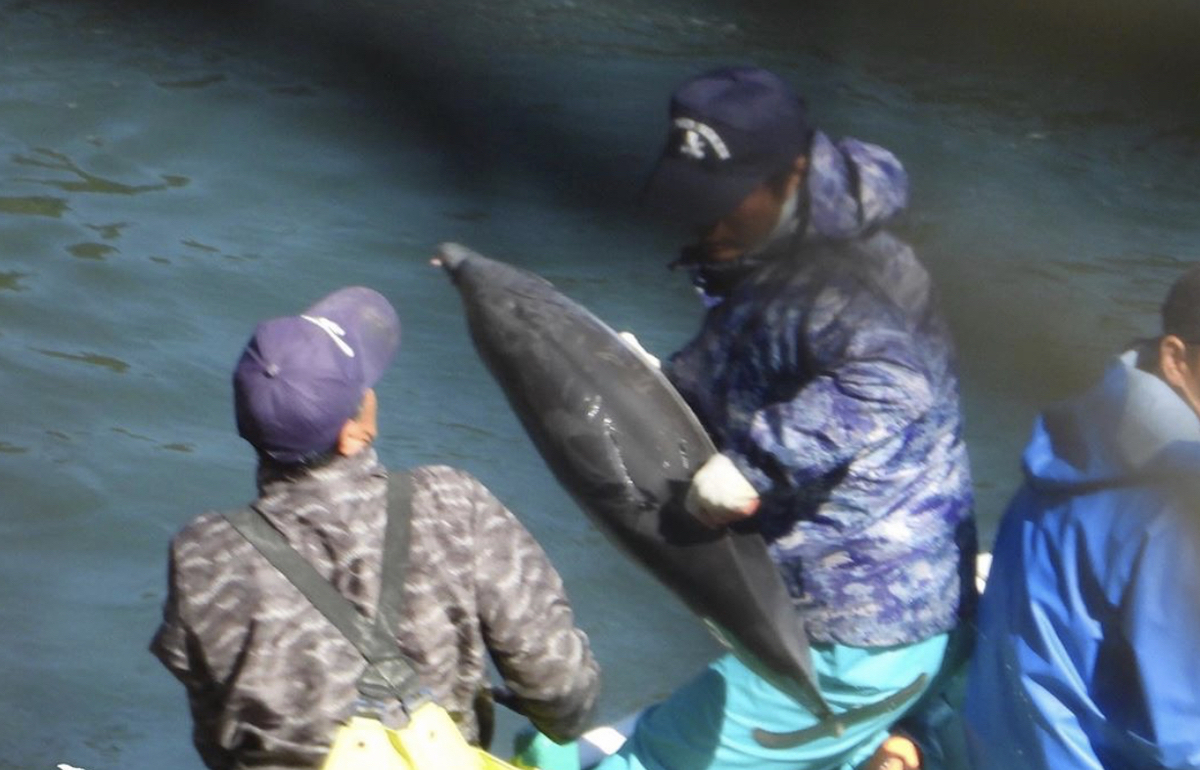 This is beyond cruel. It’s sadistic and completely unnecessary. There are plenty of food options in Japan, more than enough to satisfy almost anyone. There is no need to inflict this excessive level of pain and suffering on these dolphins. No excuse can justify this level of cruelty. Not for food. Not for entertainment. Not for science.” ~ Ric O’Barry, Founder/Director of Dolphin Project

During this particular slaughter where approximately 55 striped dolphins lost their lives, a young juvenile was spotted swimming amongst the blood of its pod members. Hunters are seen grabbing the dolphin by its dorsal fin, pulling the little mammal out of the water. After several seconds, the dolphin is hoisted onto the skiff, where its wriggling body is immediately covered by nets (likely to avoid documentation by our team’s cameras).

As Taiji’s drive hunts are legal, we aren’t challenging Japanese law. However, we are questioning Japan’s claims of the drive fisheries being humane and swift. Over and over our team has documented the prolonged suffering of dolphins, once driven into the Cove. Even before the mammals are netted into the shallow water, the drives themselves often leave the pod exhausted, with visible injuries.

And what of their treatment while awaiting slaughter or captive selection? Our team has documented dolphins being run over by skiffs, and dolphins tethered by their tails, dragged alive to the killing cove. We have filmed struggling dolphins being slapped by dolphins. And now, we filmed a young juvenile treated like trash, with no regard to its sentience, or suffering.

Perhaps the bigger question is: what values are conveyed to our own youngsters through the sanctioning of such actions? 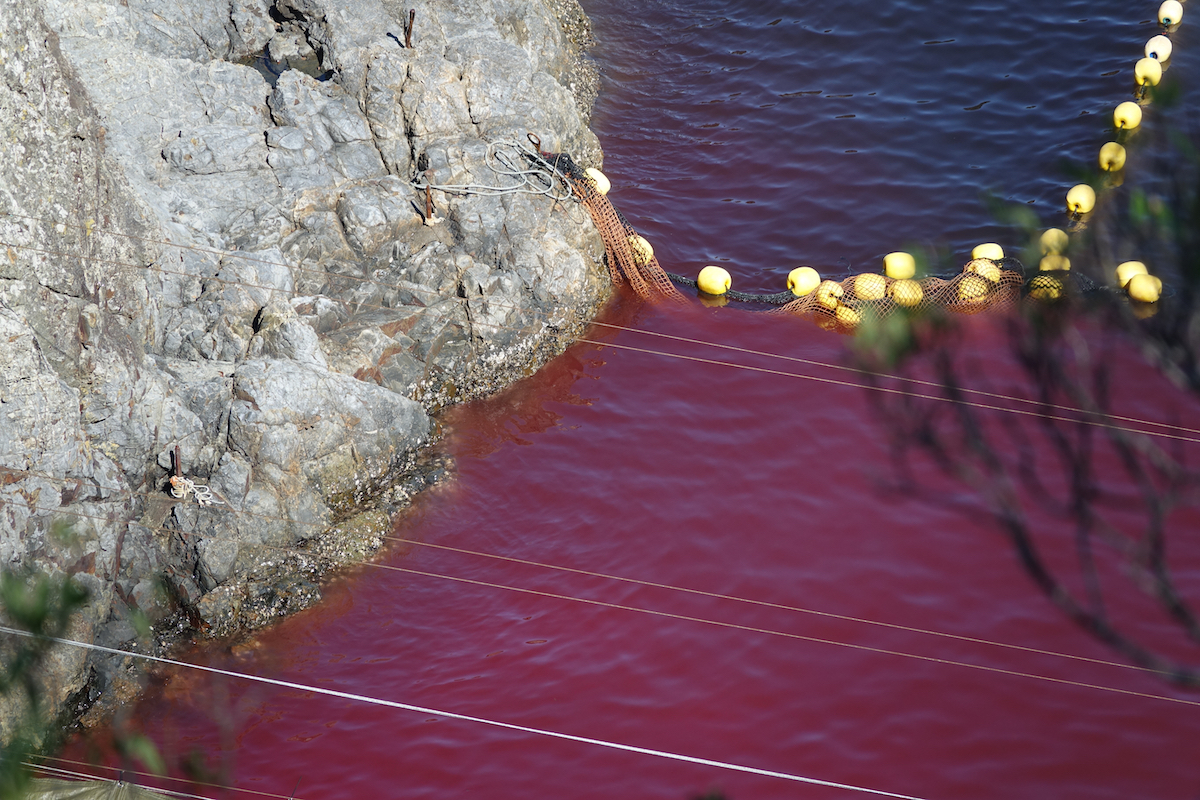 The Cove is filled with blood after the slaughter of striped dolphins, Taiji, Japan. Credit: DolphinProject.com