Jennifer Wolfsong; A Run for the Dolphins

Home/Blog/Japan/Jennifer Wolfsong; A Run for the Dolphins 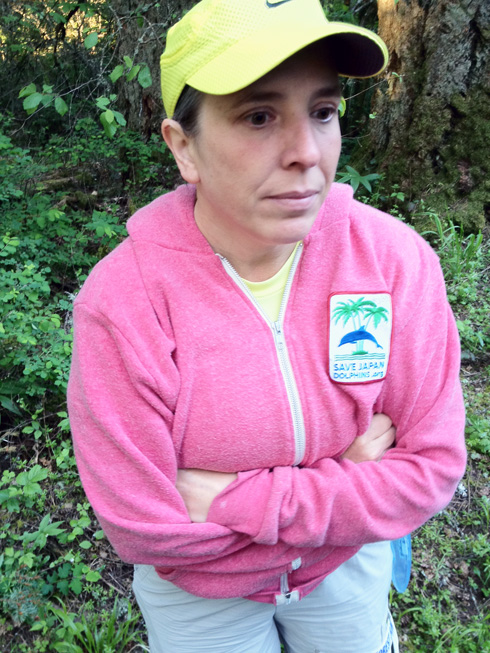 I’m always amazed and impressed at the different ways people have of helping out our Save Japan Dolphins Campaign.   Take fundraising – we need funds to cover all kinds of costs.  My travel all over the world, for one, which costs us thousands of dollars a year, so I can meet with local activists and help them get publicity for their efforts to stop a dolphinarium from being built or to help stop the local killing of dolphins.  Bringing our message about the horror of the killings in Taiji is also important – the Japanese Fisheries Agency that promotes dolphin killing must hear from countries around the world if they are to be stopped from issuing permits.  We also have costs associated with our Cove Monitors, who volunteer their time and often pay their own way to be in Taiji for the entire six-month hunting season.  Many of them, however, need help in covering the high cost of food, hotel, and car rental in Taiji.

So we always need donations to be able to save dolphins around the world.  Jennifer Wolfsong has heeded our call.

Jennifer happened upon The Cove movie while streaming Netflix one day about a year and a half ago.   She says she still has trouble sleeping sometimes due to the horrific, brutal images in that movie, but she feels very indebted to those few brave people that risked so much to document the cruel and bloody secret.

Jennifer spent about a month trying to figure out how she could afford to get to Taiji, but, like many, she eventually abandoned the idea as not practical for her and her situation.   She had also, of course, donated to the cause of stopping the hunt and wrote letters to SeaWorld and officials in Japan encouraging them to stop supporting the hunts as well, but she still felt helpless and wanted to be more than an “armchair activist.”

She told me her love of dolphins began when, in the sixth grade, she decided to do a research paper and speech on dolphins.   Decades later, she was fortunate enough to be in Mexico in the summer of 2004, and while swimming in the Sea of Cortez, a pod of dolphins approached and swam just off shore all around her.   She could tell they were fishing because she saw little silver fish desperately jumping all around, and pelicans were diving in and out of the water.   She stayed there treading water, watching as dolphins swam under and around her.  A few even popped their heads out of the ocean to look at her, and she laughed out loud at her good fortune!   She feels it was one of the best experiences of her life.

Jennifer Wolfsong getting ready for a race.

After attending the Portland, OR, Japan Dolphins Day on September 1st, 2011, she decided to try and figure out a way to do more to help.  Being a long-time distance runner (although she modestly insists that she was never what you would call elite or even very fast), organizing some kind of fundraising run seemed to be a logical option.   However, she wanted the run to be something really challenging and drastic enough to really catch people’s attention.   After much deliberation, she began training in February 2012 for a long distance run from the Portland area to the Oregon Coast.  Since that time, she has logged hundreds of miles and has run a 50k and a 50-mile race.

And on September 1st, 2012 – this year’s Japan Dolphins Day – she will run along Highway 30 outside of Portland to Astoria, Oregon, or a total of 100 kilometers.  She is seeking sponsorships for her run for the dolphins.

This really is a tremendous gift to our work for dolphins, and I think Jennifer and the many people like her who are raising funds for our work, and for the volunteers spending their time spreading the word.