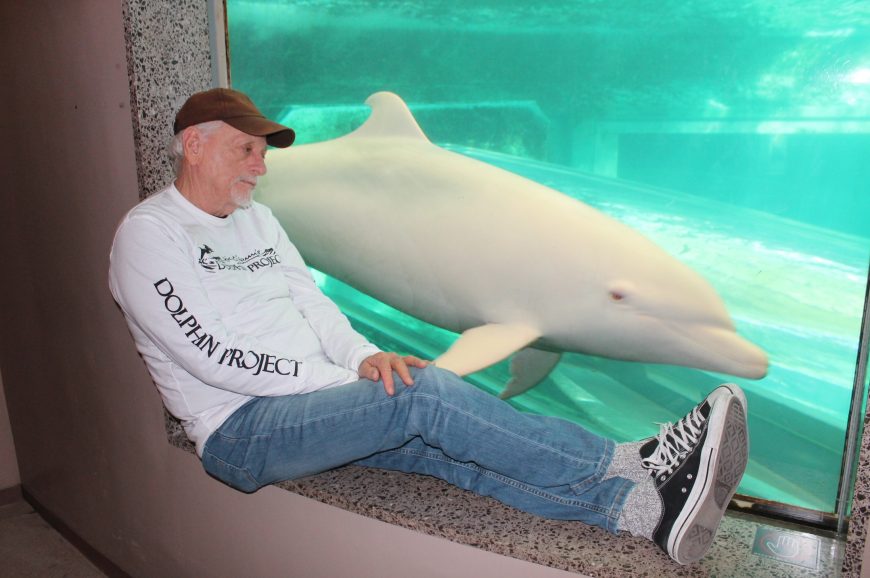 TOKYO – The Japanese Ministry of Justice has denied an appeal from Dolphin Project Founder/Director Ric O’Barry to enter the country, three days since he was placed in a deportee’s facility at Tokyo’s Narita International Airport. Immigration officers have also issued an order of departure for today, January 21. O’Barry has refused to leave, vowing to fight the deportation order.

The Japanese government is cracking down on those who oppose their war on dolphins.” ~ says Ric O’Barry, through his son, Lincoln O’Barry. He continues, “I’m incarcerated on trumped-up charges, just like in Taiji last August. For the past 72 hours, I have been behind bars in a detention facility, yet I have broken no laws.”

O’Barry was initially refused admittance into Japan, when, on Monday, January 18, he was detained by Japanese immigration officials upon flying into Tokyo. O’Barry was repeatedly interrogated and placed in a deportees’ facility, similar to a jail, where he has been held behind bars ever since. He has not received proper nourishment, his only food coming from the airport’s 7 Eleven convenience store, and sleep has been minimal at best.

O’Barry is no stranger to two hour interrogations. Since the 2009 release of the Academy award-winning documentary “The Cove,” he is regularly detained for questioning every time he visits Japan. The country’s harassment of him escalated when O’Barry, also last August, was arrested for allegedly not carrying a passport. After spending a night in jail, all charges against him were dropped when police discovered the passport in the car O’Barry was driving. But nothing of this magnitude has ever happened before.

Our legal team, represented by The Law Offices of Takashi Takano, has initiated a formal administrative suit and injunction of the deportation warrant. Should O’Barry voluntarily leave the country, he would be banned from entry for a minimum of five years. For a man who has traveled to Taiji for 13 years, exposing the brutal dolphin drives taking place there, this option was unacceptable. With a formal deportation process now in place, O’Barry will be transported to a detention center near the airport.

Dolphin Project Cove Monitors are on the ground throughout the entire killing season, from approximately September 1 to March 1 of each year, documenting and disseminating information. The team has always operated within the Japanese legal system.

I would publicly like to thank Congressmen Ted Lieu, the U.S. State Department, the U.S. Embassy in Tokyo and The Law Offices of Takashi Takano. Thank you to everyone worldwide who has fought on my behalf, and on behalf of the dolphins. Your efforts are deeply appreciated.” Ric O’Barry, through his son, Lincoln O’Barry.