Femke works to protect Indonesia wildlife like dolphins and orangutans. I have been on the dolphin trail for more than 45 years campaigning worldwide trying to keep dolphins free from harm. In all of my travels I never came across a more dedicated and impressive grass-roots organization than JAAN.  Their leader, Femke den Haas is the real deal – she is simply the best. – Ric O’Barry

On February 28th, 2014, a Blackfish screening event was held at the Tugu Hotel in Canggu, Bali.  The hard-hitting documentary chronicles the dangers faced by orcas and their trainers in SeaWorld and similar dolphinariums.

The well-attended event was opened by the newly formed local group ‘animal shanti’ from Bali, explaining about the local initiatives in Bali against the captive trade in dolphins, after which the Jakarta Animal Aid Network (JAAN) made a presentation about captive dolphin issues throughout Indonesia.

Local ‘Bali kids’ had made a short film against the exploitation of dolphins that was also shown, and Shireen from the Netherlands performed as well, singing her ‘do not keep dolphins in captivity’ song.

Shireen had joined a dolphin awareness tour held earlier this year in Lombok, visiting schools and explaining about why dolphins should always be kept free through her songs, assisting the anti-captive puppet show made by Animal Friends Jogja.

It is important that Bali citizens keep speaking up against keeping dolphins captive, as Bali is the center of tourism and commercial dolphin shows in Indonesia.

Precisely one year ago, when Ric O’Barry visited Indonesia, a restaurant in Bali, keeping two dolphins captive in a tiny swimming pool, was shut down.  It is time for the other commercial centers keeping dolphins captive do so, too. 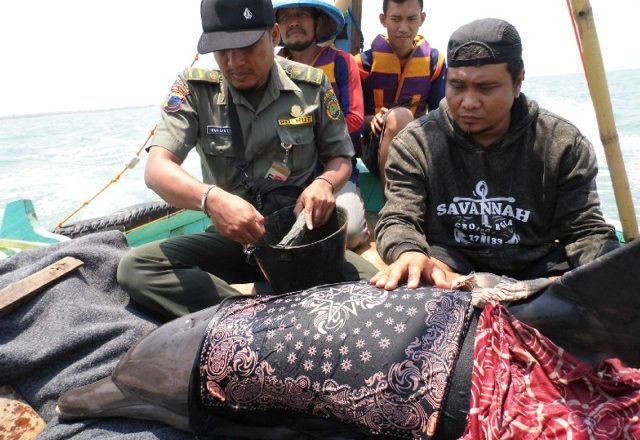 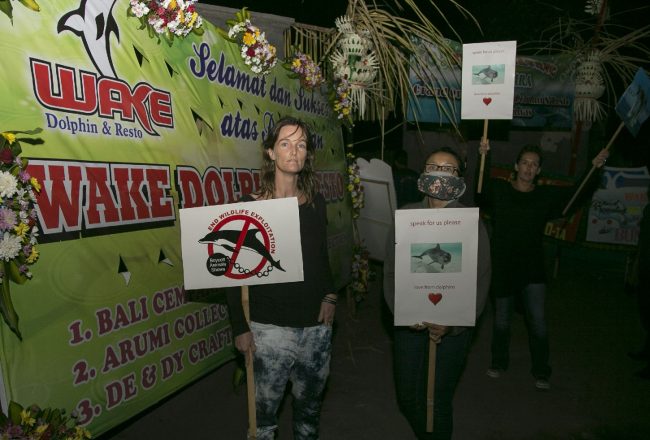