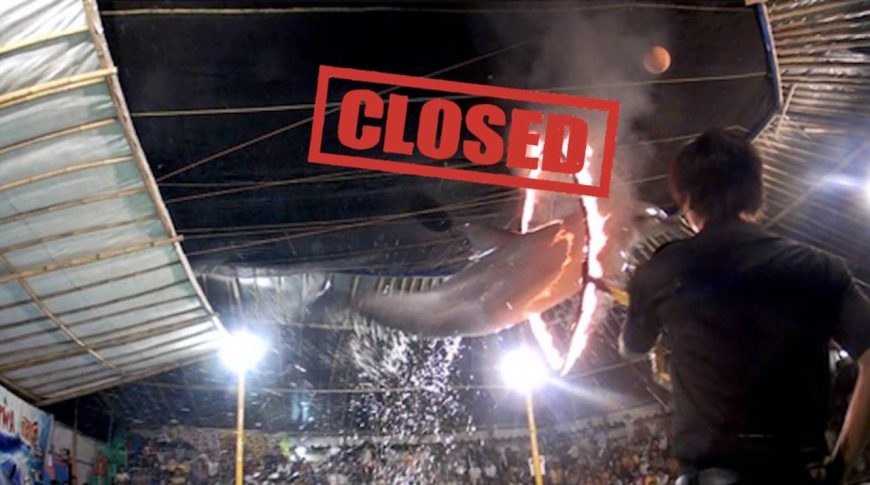 After a decade of relentless campaigning against Indonesia’s traveling dolphin circus, the world’s cruelest dolphin show has been shut down.

Effective today, February 5, the Ministry of Environment and Forestry in Indonesia has chosen not to renew the permits of the traveling dolphin circus. Wersut Seguni Indonesia, the company responsible for the endless suffering and trade in wild dolphins for the purposes of supplying dolphins for traveling “entertainment” will finally have to close their traveling circus tents. 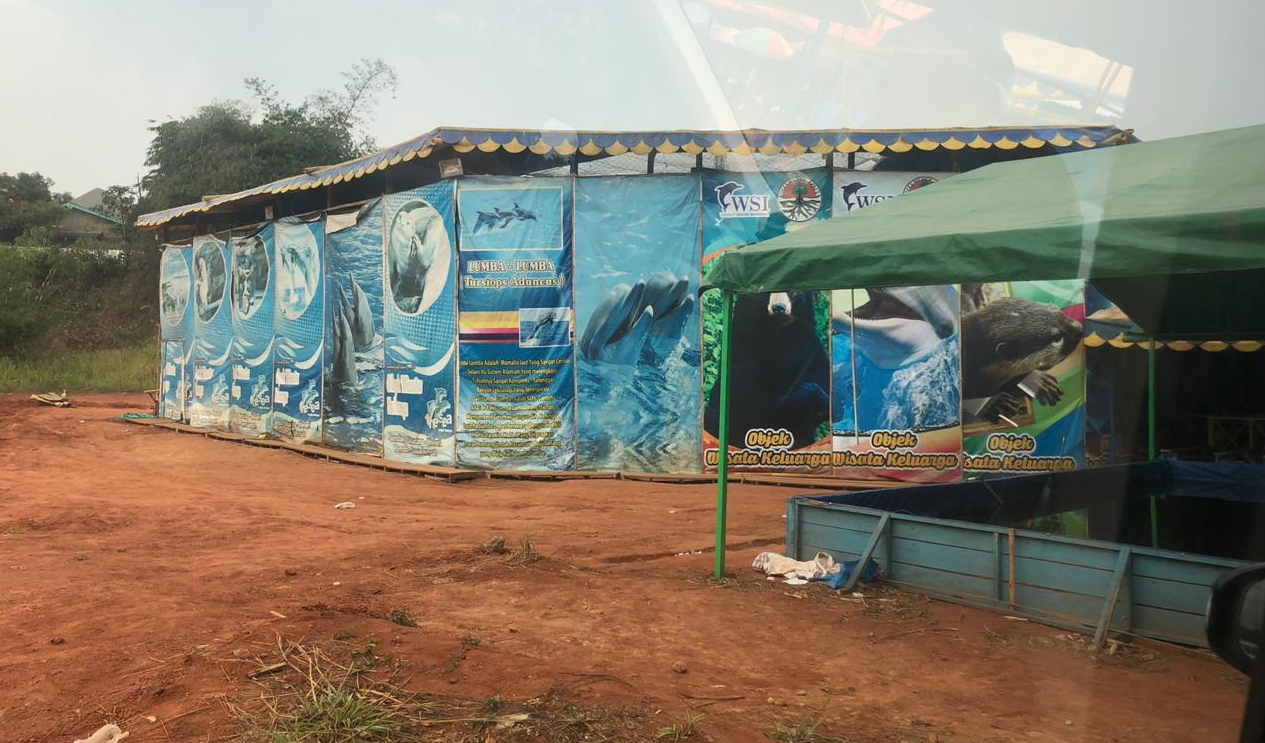 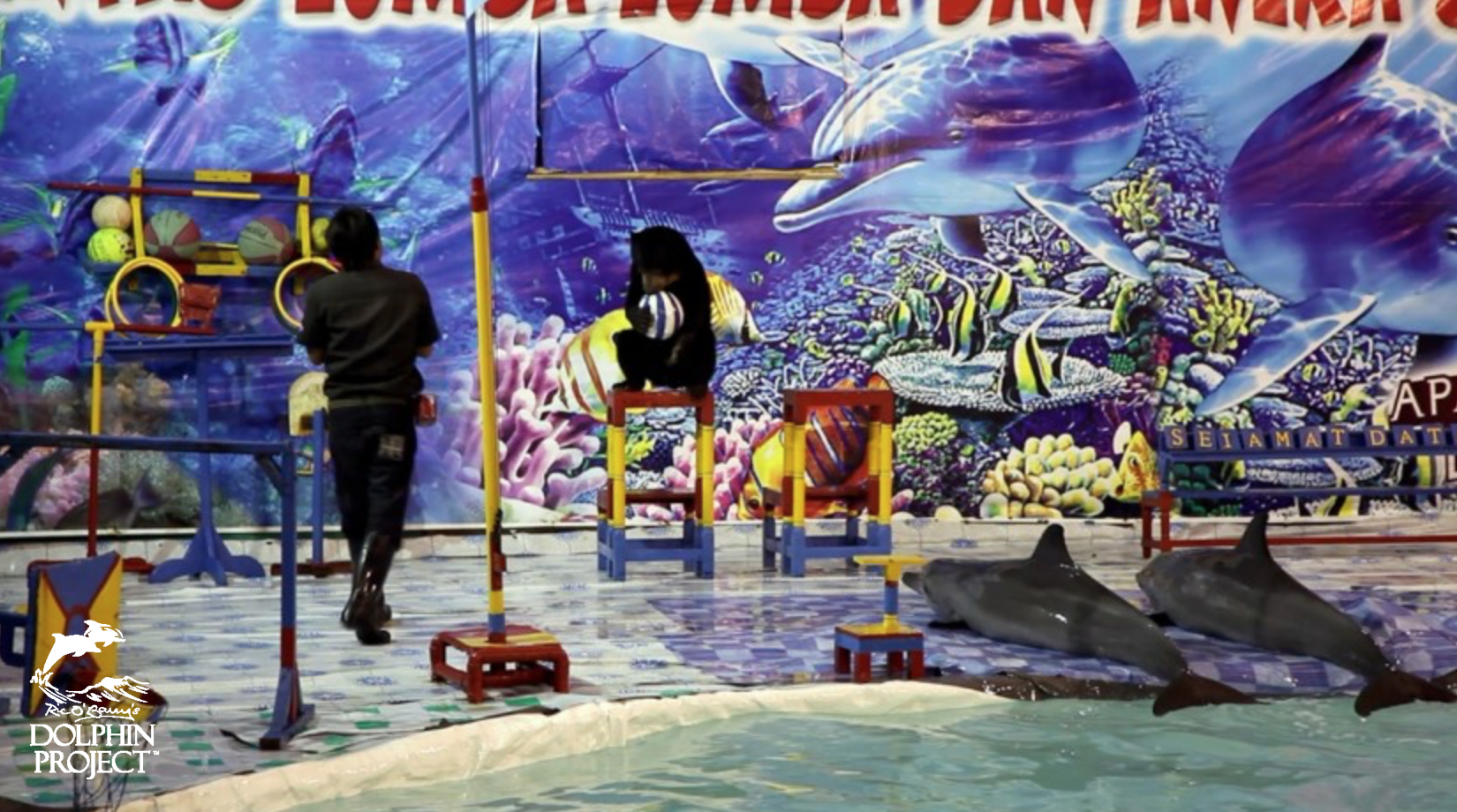 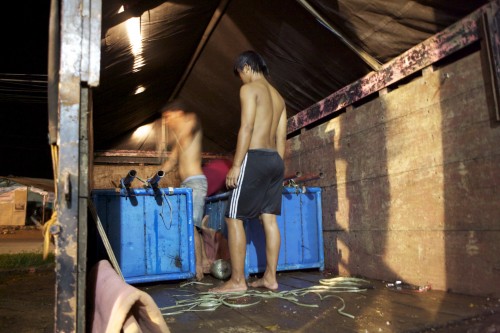 Traveling circus dolphins loaded onto a truck and carted from show to show, Indonesia.

The dolphins recruited for the traveling circuses were transported from village to village, from city to city, for a period of four weeks at each location. Dolphin Project’s Indonesian team documented their travels and obtained footage of dolphins spending up to three days in coffin-like boxes, trucked through Sumatra, Kalimantan, Sulawesi and Java.

The mammals were forced to perform in small, highly-chlorinated pools, the added chemicals so strong they burn the patrons’ eyes, let alone the dolphins swimming in them. Five times each day the dolphins performed to the amusement of the public, being fed only small pieces of fish during showtime to keep them hungry and willing to entertain. From jumping through hoops, to “dancing” to high-volume music, these routines are repeated over and over. 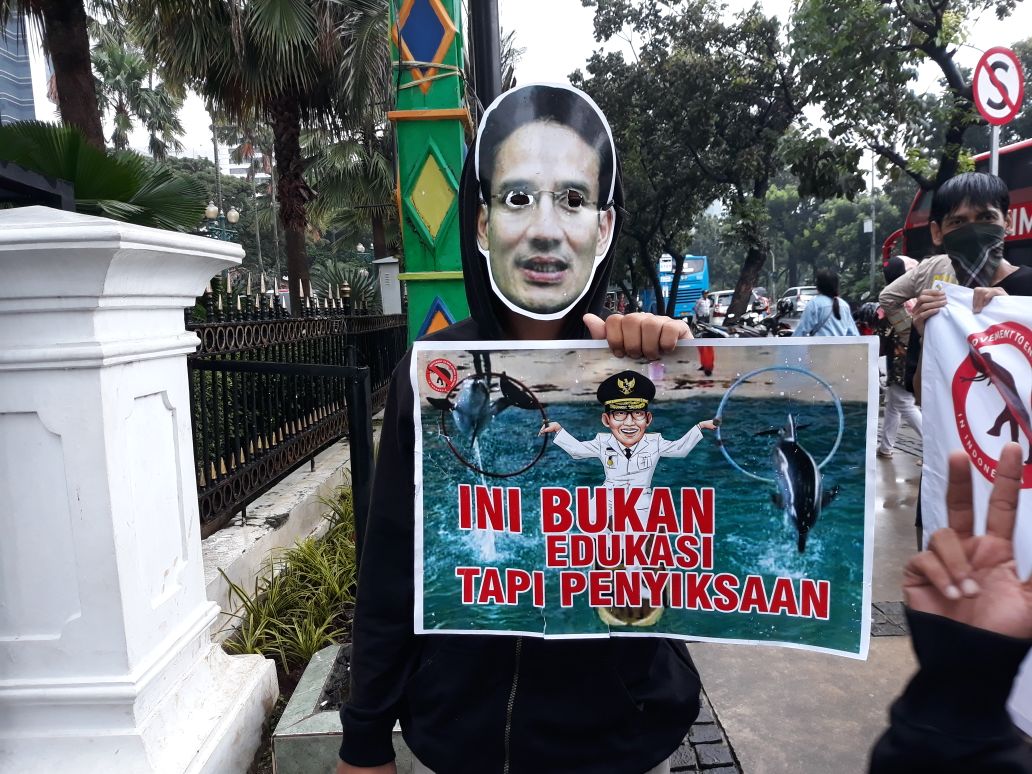 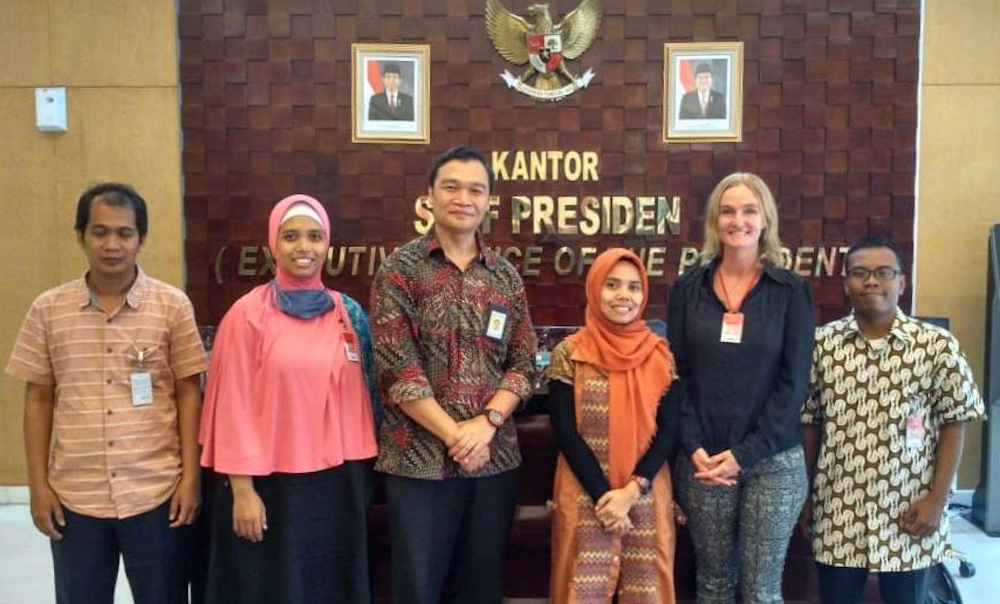 Our team of local activists advocating for the end of the traveling dolphin circus. Credit: DolphinProject.com

A decade of campaigning

Says Femke den Haas, Dolphin Project’s Indonesian Campaign Manager, “This is a historic day for all of us involved. Since 2009 when the traveling dolphin show first started, we have worked tirelessly, sending petitions, coordinating protests, attending numerous meetings, lobbying the government and engaging in comprehensive field research. Today we made history in closing one of the last traveling circuses in the world.”

Dolphin Project also launched a major campaign in Indonesia to close these exploitative operations, including a graffiti & mural art initiative, electronic billboards throughout Indonesia, digital ads at the Bali airport and a traveling educational puppet show. 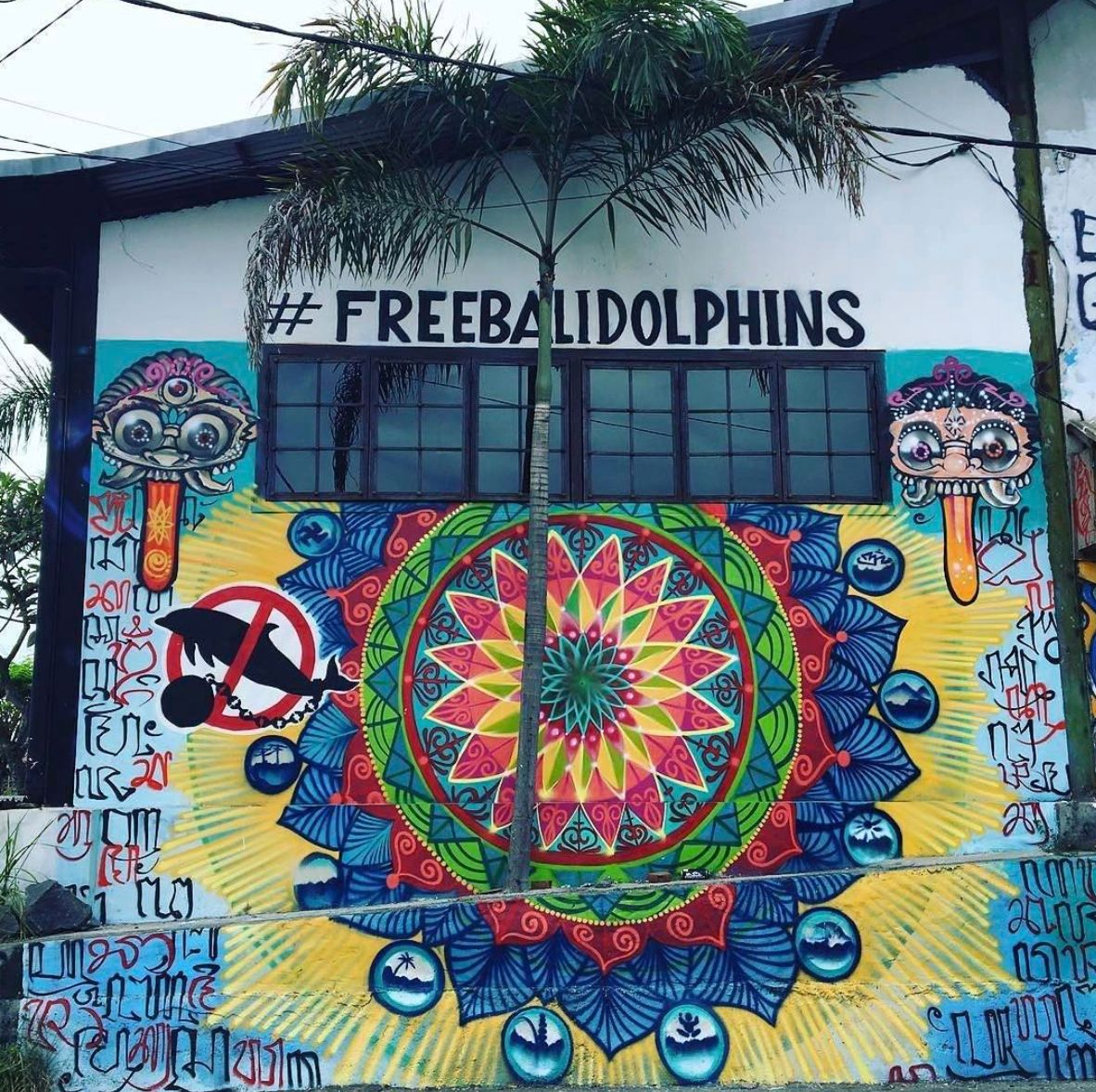 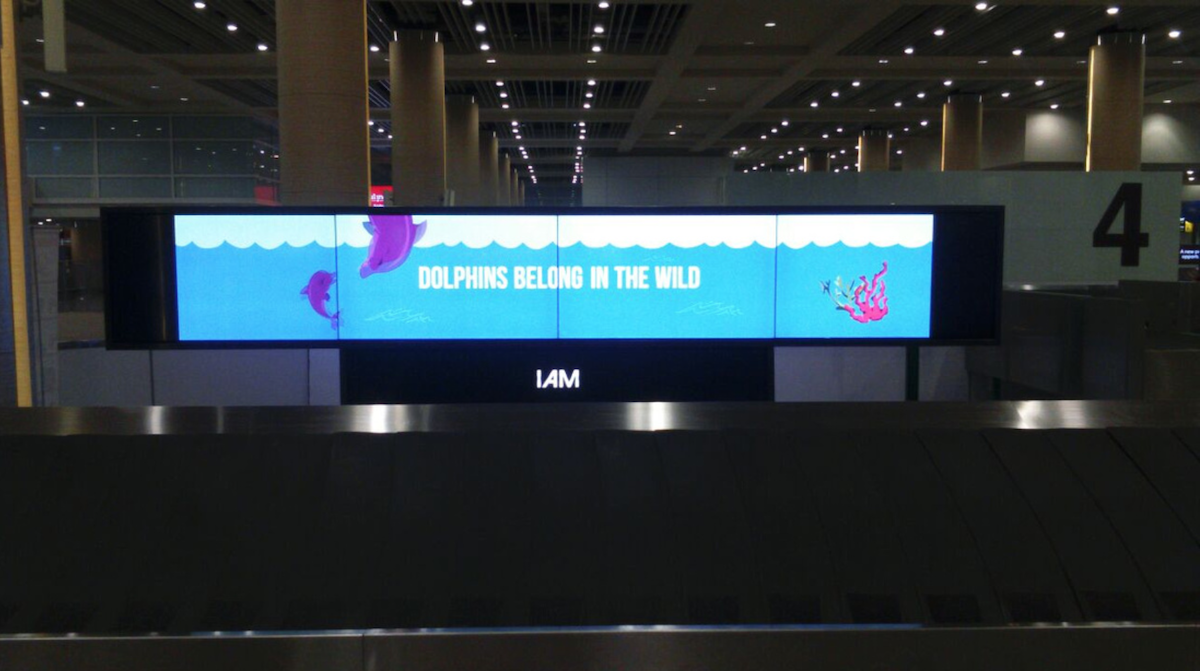 But it hasn’t been an easy campaign. Continues Femke, “We did a presentation at the American Cultural Center in Jakarta in February 2013 where the Minister of Forestry was in attendance. Our intention was to make a presentation about the traveling dolphin circus, and the need to close it down. Prior to our presentation, we received many threats from the circus owners who even hired people to intimidate us, going as far as to run inside the building where we were. Our Founder/Director, Ric O’Barry was advised to wear a bulletproof vest as the situation was out of control.”

In those days, corruption was thriving and conservation was the furthest thing on the agenda. But things have changed for the better. The current decision makers at the Ministry of Environment and Forestry have completely turned things around, putting ethics over profits. And as such, the traveling dolphin circus will go down in history as one of the most abusive dolphin shows ever run. 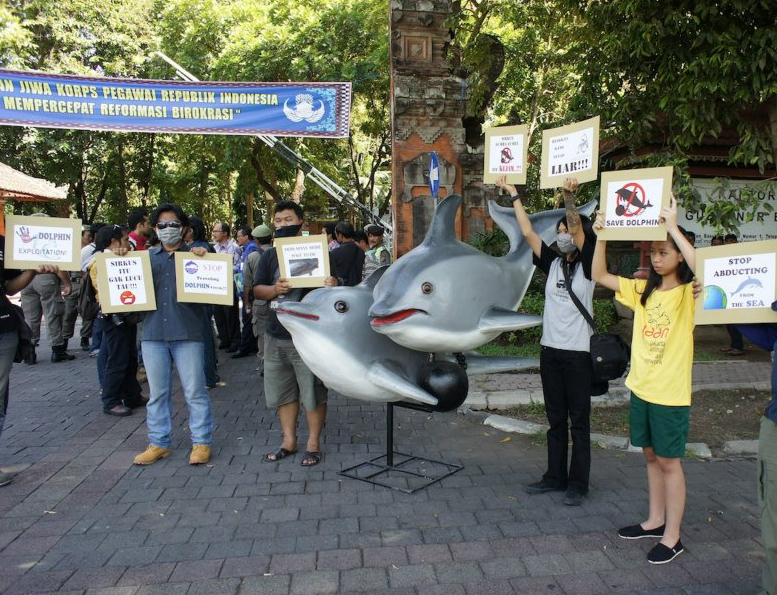 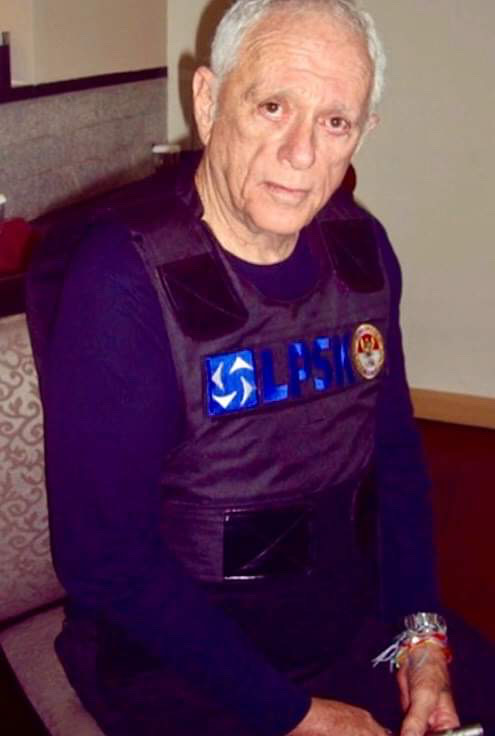 While the traveling dolphin circus is no longer allowed to operate, Wersut Seguni Indonesia is still able to continue with dolphin performances at their permanent facility in Central Java. It is our understanding that between 20-30 dolphins are being held in captivity.

Dolphin Project’s Indonesian team will continue to monitor this situation to ensure that no dolphins are carted from town to town again. We will remain vigilant and ensure the law is being upheld. Dolphin Project will also continue to campaign to readapt Indonesia’s remaining captive dolphins and release those that are suitable candidates.

We encourage all our supporters to send a note of gratitude to Siti Nurbaya Bakar, Indonesia’s Environment and Forestry Minister @siti.nurbayabakar (Instagram). 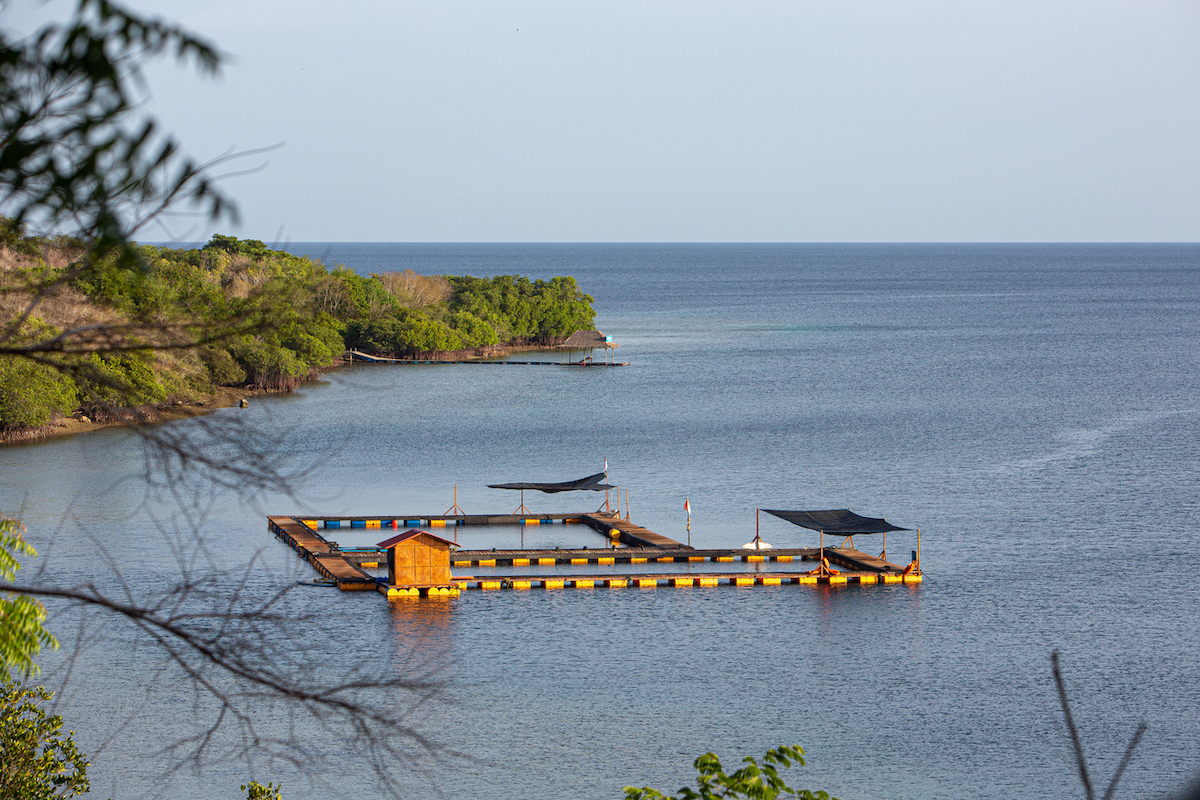 Many great things have happened recently for dolphins in Indonesia. On August 6, the Melka Excelsior Hotel in Lovina, north Bali was closed down, its four performing dolphins, Rocky, Rambo, Johnny and Dewa confiscated from the deplorable conditions they were suffering in. On October 8, Dolphin Project, in conjunction with our local partners, the Central Jakarta Forestry Department and JAAN established the world’s first permanent dolphin sanctuary. The Bali Dolphin Sanctuary is the first of its kind in the world to care for formerly captive dolphins, with Rocky, Rambo, Johnny and Dewa the first dolphins to be brought here. Prior to the sanctuary being built, we constructed the world’s first permanent facility dedicated to the rehabilitation and release of dolphins in Kemujan, Karimun Jawa. Named Camp Lumba Lumba (lumba being the Indonesian word for dolphin), the rehabilitation center addresses the need for effective enforcement mechanisms of a law banning wild dolphin captures in Indonesia. 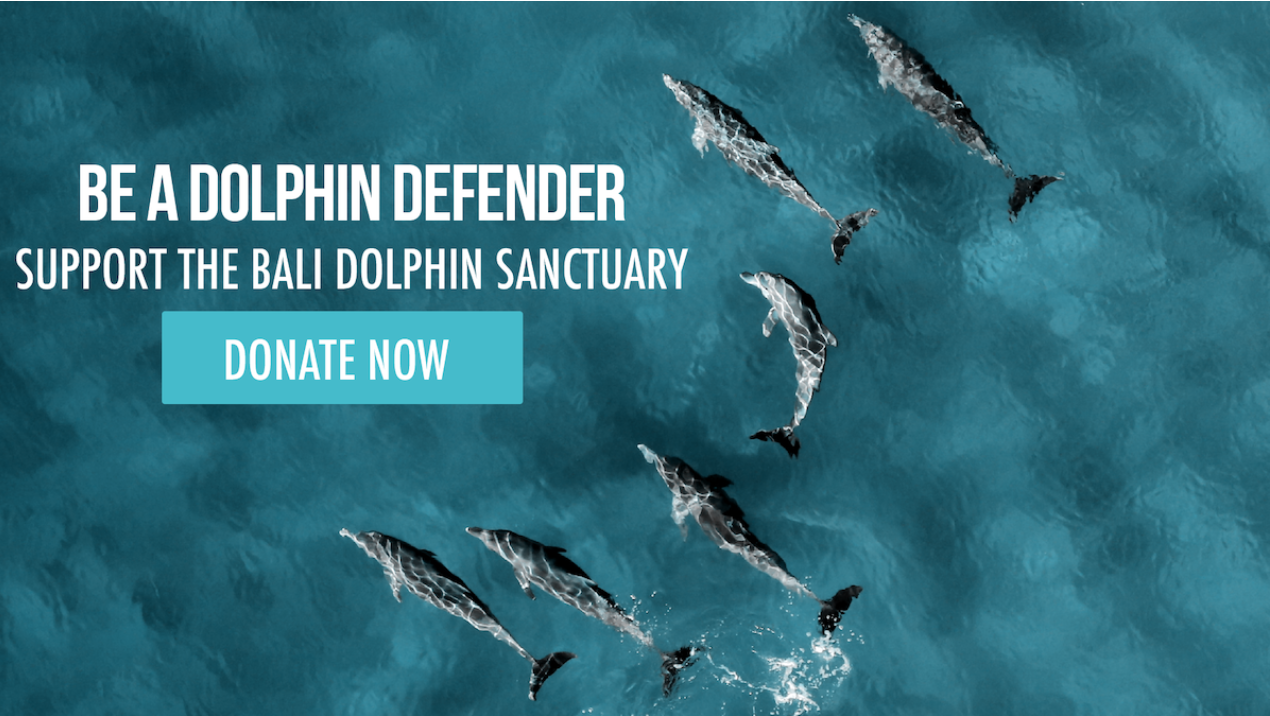 You can help with our overhead costs and ensure that the dolphins in our care will receive regular medical care, food and staff supervision. Please consider a recurring donation to our Bali Dolphin Sanctuary!