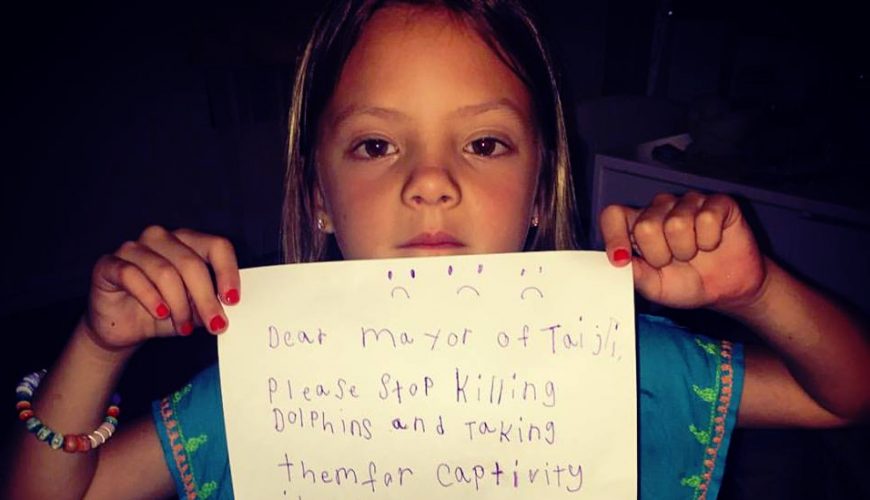 Seven year-old Dolphin Project Mini Monitor Imogen arrived to Taiji, Japan with a purpose: she was going to deliver a handwritten letter to Mayor Sanger Kazutaka, protesting the slaughter of dolphins at the infamous town. This was her second time visiting this season, along with her mother, Senior Cove Monitor Vicki Kiely, and had this to say about her mission: 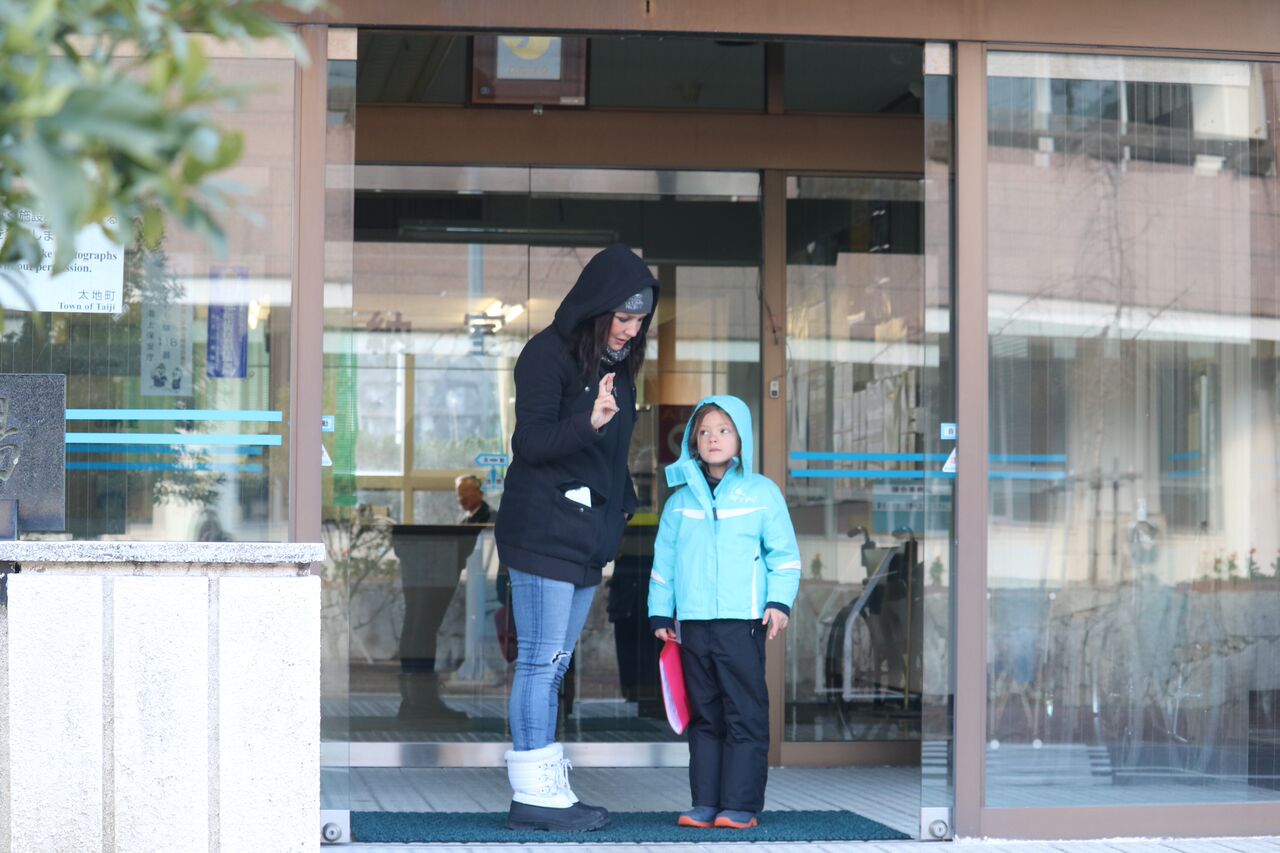 I want them to stop killing dolphins and taking them for captivity. I want them to stop because it is mean, and they deserve to be in the wild. I have seen dolphins in the wild lots of times. They look happier there, and are having more fun. I also had more fun seeing them in the ocean than in tanks. I hope the Mayor listens to me and tells them to stop doing this to the dolphins” ~ Imogen

The morning came for Imogen to hand in her letter to the Mayor’s office. The building is a short walk away from the Fishermens Union and the area where the banger boats are docked. The boats can actually be seen from the back of his office. Before she traveled to Taiji from her home in Phuket Thailand, she had the letter translated into Japanese, in order that the Mayor be fully able to understand her wishes. While he did not come out to see her, someone did meet her to receive her letter on his behalf. 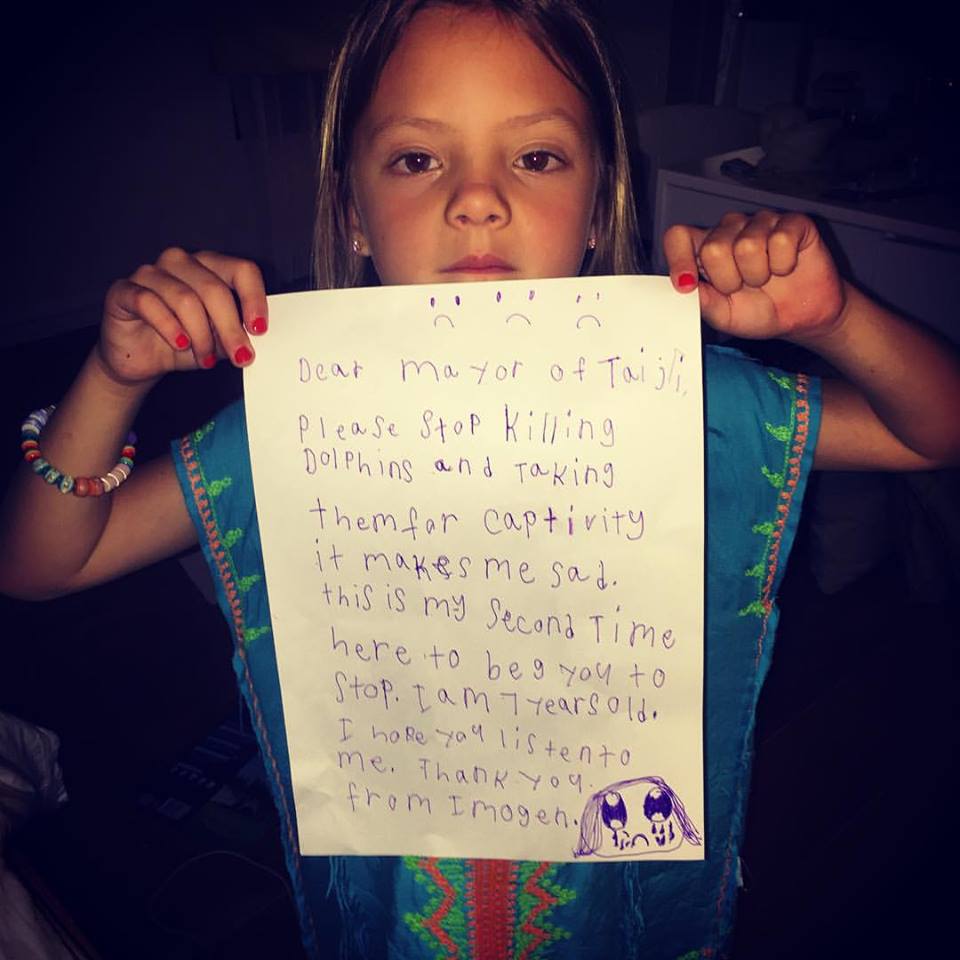 We should all be very proud of Imogen, as she and her generation represent the future of “earth” activists. Even at her young age, she realizes that wildlife should stay wild and free! 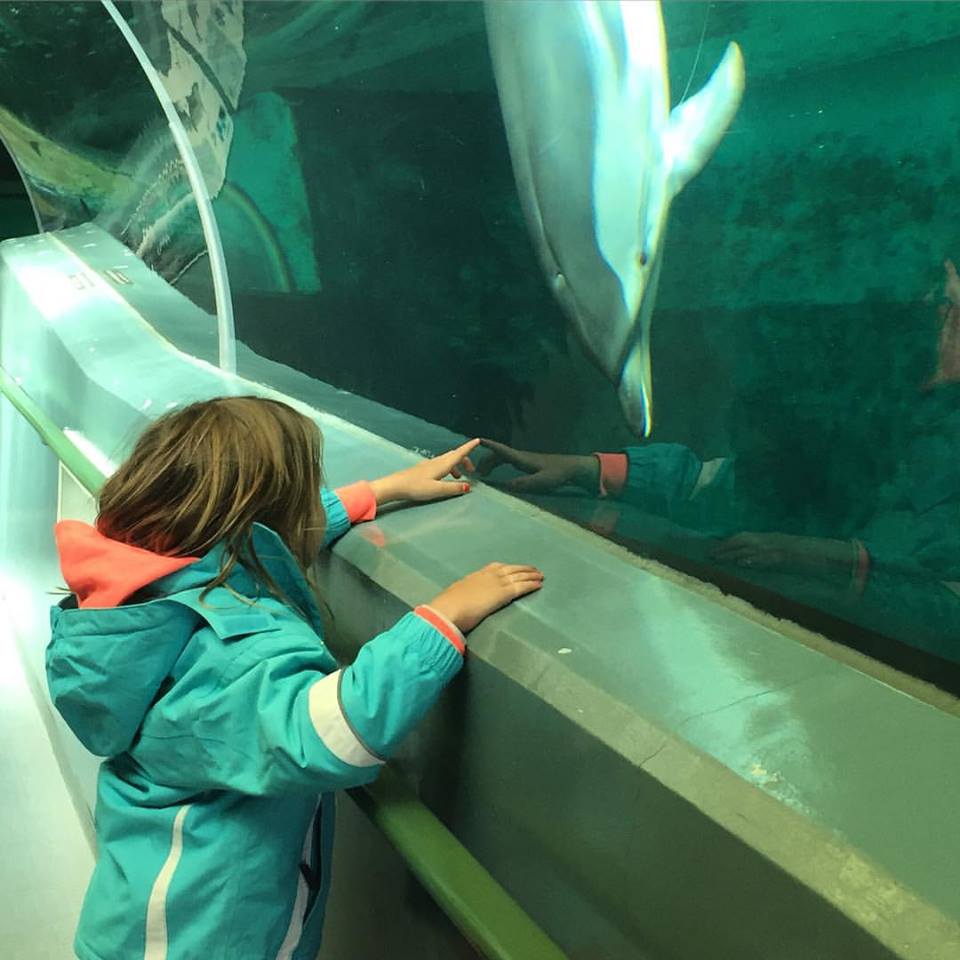