“I Am Responsible” – Forestry Minister 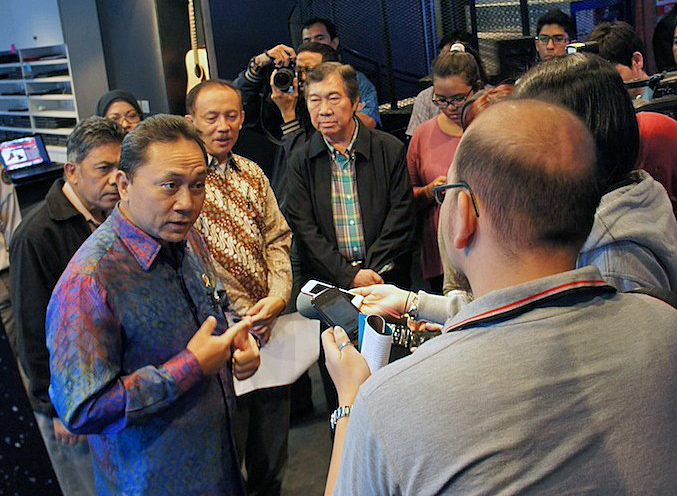 In my previous blog on our event in Jakarta, Indonesia, I mentioned that there were a lot of reporters in the audience who heard the Minister of Forestry, Dr. M.E. Zulkifli Hasan, state that the traveling dolphin circuses, which so abuse dolphins, were illegal.

I’m pleased to say that since time the media picked up his remarks and repeated them for the entire world to see.

We plan to meet with the Minister tomorrow, before I head home to Miami.  It is in his best interest and the best interest of the Indonesian people to help us seize these dolphins from the circus and return them to the wild.  It will be a big win-win for all (but especially for the dolphins).

Here is an example of the media comments, an article in detickNews.  (We apologize for some of the wording, which was done by a computer translation program.)

Forestry Minister: I am Responsible If There Was Dolphin Circus

Jakarta – Minister of Forestry Zulkifli Hasan will be fully responsible for the persistence of the associated circus dolphins in Indonesia. Zulkifli also will assist the NGO to the release of dolphins to the wild.

“It’s illegal, I will assist in ending it. Notify us if any dolphins move (for circus). We are responsible if there is any road show,” said Zulkifli.

It was said when answering a question of Zulkifli by loving dolphin activist Richard O Barry and participants’ Dolphin Protection “at @ america, Pacific Place, Jakarta, Tuesday (01/05/2013).

“If you see things like that, I will be in front putting a halt to this,” he added.

Meanwhile, U.S. Ambassador to Indonesia Scot Marciel noted that the government is not moving enough. Public participation is highly expected that the dolphins be not exploited.

The Indonesian Forestery Minister, Dr. Zulkifli Hasan (in the purple shirt) speaks with reporters during the dolphin presentation.

“The public must help the government to save the dolphins,” he said.

The event, which took place under tight security, ran smoothly. In addition to discussions with the speakers, also interspersed with a documentary film about exploitation of dolphins.