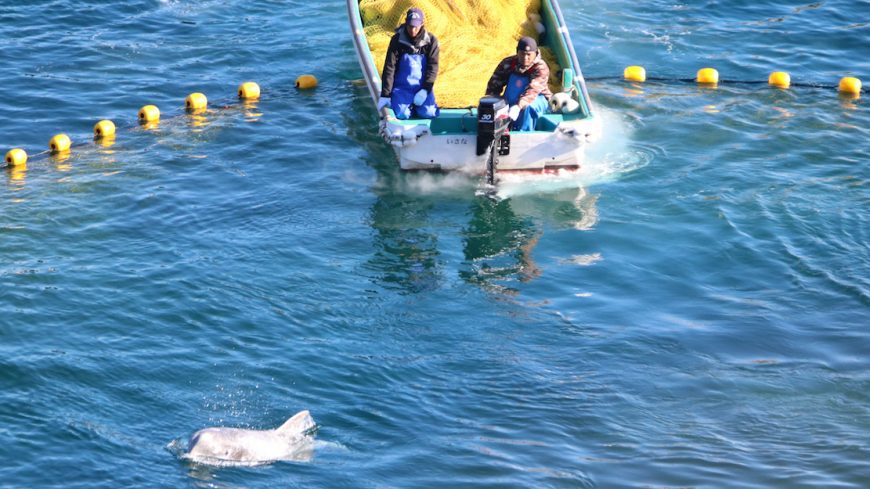 Taiji, 2/13/17: For the second day in a row, Taiji’s dolphin hunters set their sights on Risso’s dolphins. And, like yesterday, within an hour of the banger boats going out, a pod was spotted.

Dolphin Project Cove Monitors watched as the pod torpedoed through open water, desperate to evade the hunters. At one point, the dolphins seemed successful, but tragically, this was not to be. With approximately 40 Risso’s left out of a quota of 251 for the 2016/17 hunting season, they have been hit particularly hard. When our team on the ground went live on Facebook, people from across the world witnessed the sights and sounds of something Japan tries to justify as “traditional.”

This was the furthest thing from tradition we have ever documented.

Hunters become more aggressive as dolphins refuse to give up their lives, Taiji, Japan
Credit: DolphinProject.com

Despite the pod’s dire predicament, their will to live was strong, and they weren’t giving up their lives without a fight. The hunters became aggressive, driving their skiffs over individual dolphins. It was gruesome to watch as the dolphins, including juveniles, were caught underneath the boats. Yet still they fought, their beautiful bodies surfacing in the clear, shallow waters of the cove, only to be terrified again as hunters worked to maneuver them into the killing area, underneath the tarps.

The sounds were equally disturbing, as the loud drone of boat engines muffled the quiet, yet rapid breathing of the panicked dolphins. The chaos in the cove was palpable, and suddenly there was a diver in the water placing ropes on their flukes so skiffs could drag them to their inevitable demise.

Small faces, big faces – all would be slaughtered on this day, Taiji, Japan
Credit: DolphinProject.com

Moments later, all that was left of the once-vibrant pod were the sounds of their struggling as the killing commenced. And the hunters rejoiced, laughing loudly as each life was extinguished.

The skiffs emerged soon after, the dolphins’ bodies tethered underneath more tarps. Somehow, their deaths felt amplified. Perhaps because these five, sentient Risso’s fought so hard to survive. To the dolphins, their lives had significance; held meaning – something Taiji’s hunters would do well to bethink.

WATCH: Hunters corral terrified dolphins into the shallow waters of the cove. 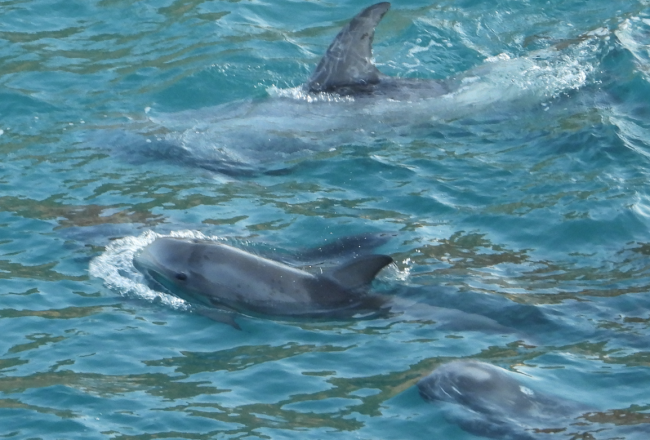 Risso’s Dolphins: One of Taiji’s Many Commodities

Taiji’s first dolphin hunts of 2020 have been bloody and horrific. Striped, Risso’s and bottlenose dolphins have all been subjected to live
read more