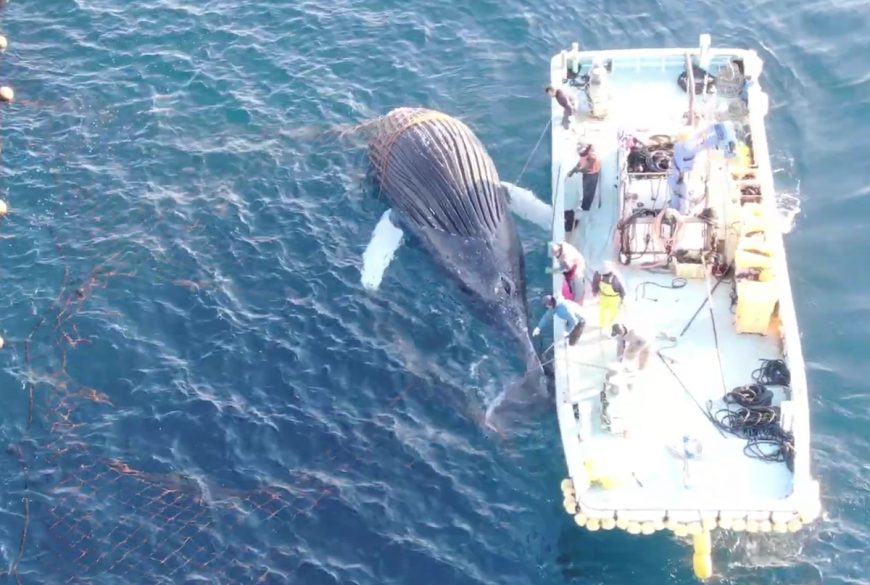 Are whales an acceptable by-catch for Japan’s set net fishery?

TAIJI: Just one day after the slaughter of a minke whale, yet another whale has fallen victim to Taiji’s fishing nets.

On January 13, Ren Yabuki, Campaign Director of Life Investigation Agency, in collaboration with Dolphin Project, while documenting Taiji’s drive hunts, spotted a humpback whale entangled in the Taiji Fishermen’s Association fishing nets. Shortly thereafter, the association removed the dead whale from the outside of the nets, dragging it back to sea. 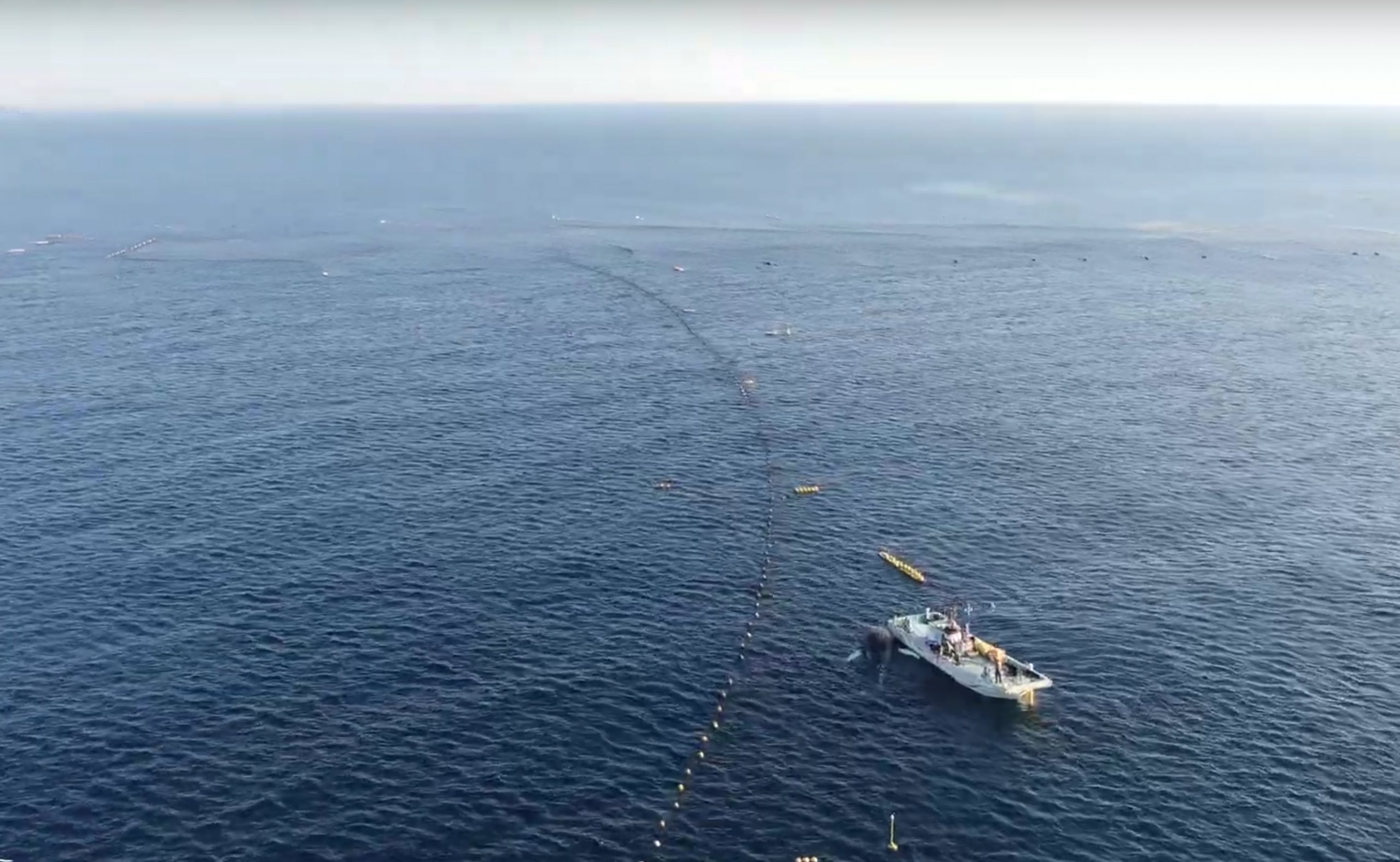 This is the third time a whale has been caught in the fishing “set net” system. On November 29, a humpback whale was trapped in the nets and released one day later. On December 24, a minke whale was caught in these same nets, and after 20 days of struggle, was slaughtered by drowning by the fishermen’s association. In this latest incident, a humpback whale died after becoming entangled in the nets.

Says Ren, “Three whales caught in Taiji’s set nets within a span of six weeks shows how harmful these nets are to the ecosystem.”

These offshore nets are in place year-round just outside the Taiji harbor, adjacent to the infamous Cove. Whale entanglement in set nets occurs not only in Taiji, but throughout Japan and is a common occurrence. Several different species of fish are caught within the nets; sometimes dolphins and other whales become trapped in them, unable to escape.

Says Tim Burns, Dolphin Project Cove Monitor, “This isn’t the first time we have seen whales entangled in the sets nets off Taiji, but the number of incidences involving non-targeted species has become alarming.”