Home/Blog/Japan/How Much is a Drive Hunt Dolphin Worth? 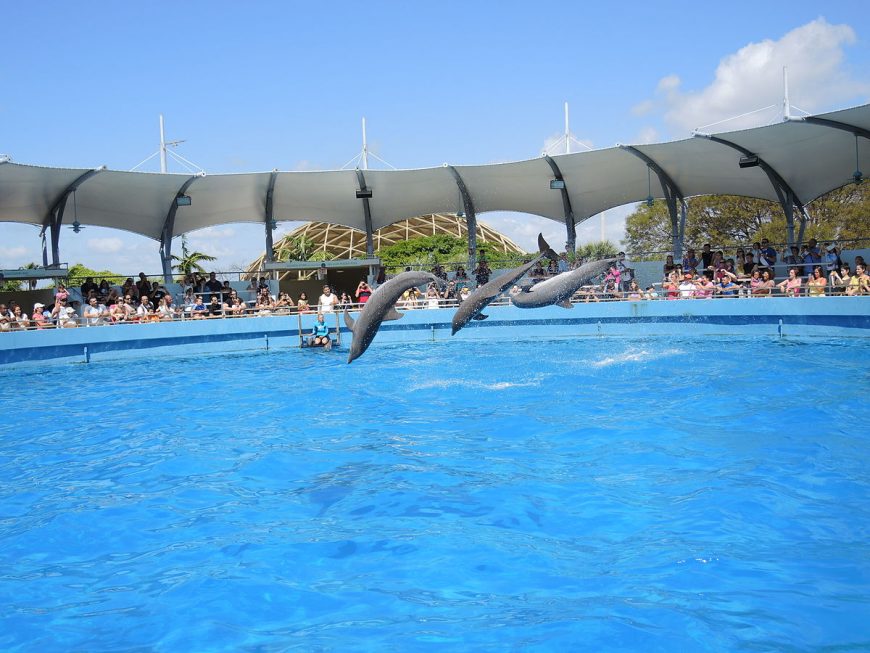 According to NOAA Fisheries’ Marine Mammal Inventory Report (MMIR), MSQ imported two Pacific bottlenose dolphins and two Risso’s dolphins to add to their inventory on April 15, 1989. The bottlenose — one female and a male, were named Pearl and Darth. The two Risso’s dolphins — also a female and male, were called Tiaka and Ganky. They were captured in the Japanese dolphin drives.

Neither the MMIR or even MSQ’s own MMIR, revealed the origins of these dolphins. The official documents noted instead that they were procured from sources “unknown.” The purchase of these drive hunt dolphins proved highly controversial however, but surprisingly not for MSQ’s role in it. Featured in the Oregon-based newspaper, The Bulletin, it was the US Navy’s simultaneous purchase of two other drive hunt dolphins, that caught MSQ up in the whole affair:

The newspaper Yomiuri Shimbun reported that the Navy paid $2,290 for each dolphin and that the Miami Seaquarium, a prominent Florida dolphin display facility, had bought four more.

Sadly, the wild-caught dolphins did not fare well at MSQ. Tiaka succumbed to “hydroplasia of the marrow” just eight months later. Ganky died of “gastroenteritis and enterotoxemia” — two months shy of his 6th year in captivity. Darth survived only two years at MSQ — dying in 1991 of what the MMIR listed as “acute pulmonary & stomach hemorrhagic.” Pearl was the longest-lived of all the four dolphins — she lived for 11 years and died in 2000 of “hemorrhagic ulceration.” [Ceta-Base.com: Deceased dolphins] This bottlenose dolphin was injured in a drive hunt conducted just two days ago. It didn’t survive.

We do not know the total sum of what MSQ paid to the Japanese fishermen for these drive hunt dolphins, but if their financial outlay was akin to what the US Navy paid, then we can estimate a ballpark figure of less than $10,000 for all four animals. It is therefore not unrealistic to assume that the dolphins recouped their initial cost just by being on display. In Pearl’s case however, she was the gift for MSQ that kept on giving.

In 1994, Pearl gave birth to Panama. Five years later, she produced Onyx. Both of Pearl’s offspring currently perform at MSQ. Panama herself has also mothered three calves: Rioux in 2003; Balboa in 2006 and Cobalt in 2010. Rioux has even produced her own calf — Azul, born in 2012. [Ceta-Base.com: Current inventory]

Not a bad investment at all.