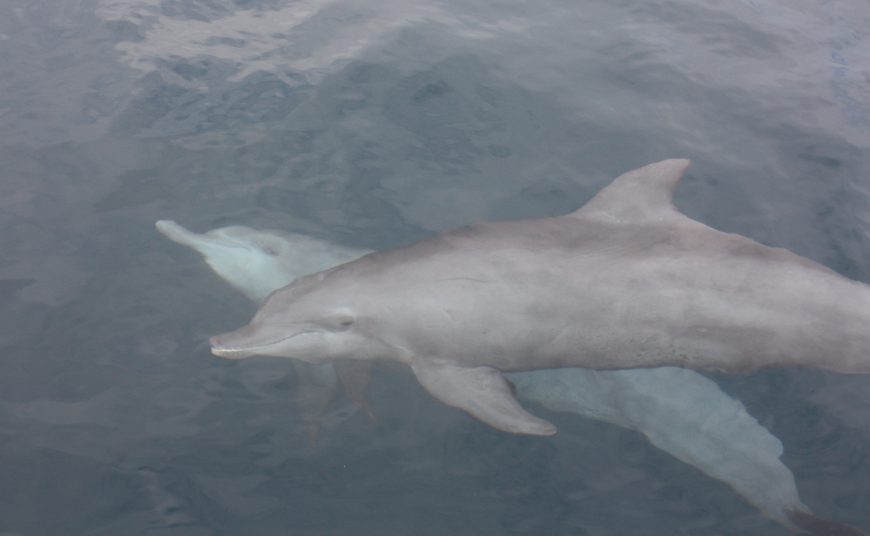 As the world continues to struggle amidst the challenges of the COVID-19 pandemic, our team in Bali, Indonesia continues our 24/7 care of Rocky, Rambo and Johnny, our three rescued dolphins currently residing at the Bali Dolphin Sanctuary. The sanctuary is the only one of its kind on the planet, its protected waters providing a safe, healing and stimulating environment for formerly captive dolphins.

Dolphins in captivity are kept on an unnatural diet, with pieces of fish fed to the mammals throughout the day to keep them motivated and hungry to perform. The only reason captive dolphins do tricks, engage in swim-with programs and other unhealthy behaviors is because they are awaiting a small fish reward.

When Rocky, Rambo and Johnny entered the Bali Dolphin Sanctuary seapen, immediately, their healing process began. Their diet was changed to fresh, whole fish and they loved it! Our initial concerns were getting the dolphins back to a healthy weight and building their strength. We are pleased to report that regular check-ups by the veterinary team clearly show that the dolphins’ health and condition have been steadily improving.

The crystal clear waters in which the seapen is built is home to lots of fish, squid, crabs, shrimp and other sealife, too. While the dolphins aren’t yet chasing live fish for food, they are for play. Our caregiving team feels the time is right to introduce live fish feedings to the dolphins in our preparation  for a possible release into their home range. The process of being able to catch live fish is part of their journey to full independence. While we are only at the very start of this process, it has begun.

As written by Ric O’Barry, who over the past fifty years, has been involved in the rehabilitation and release of a number of previously captive dolphins, “Reuniting the dolphin with his natural sea environment is an essential part of the rehabilitation process, and at this point the dolphin may be a candidate for release depending on several factors, including 1) Health and physical condition, 2) Use of sonar, 3) Ability to catch live fish, and 4) Defensive skills against predators.” ~ Source: Dolphin Release Protocol 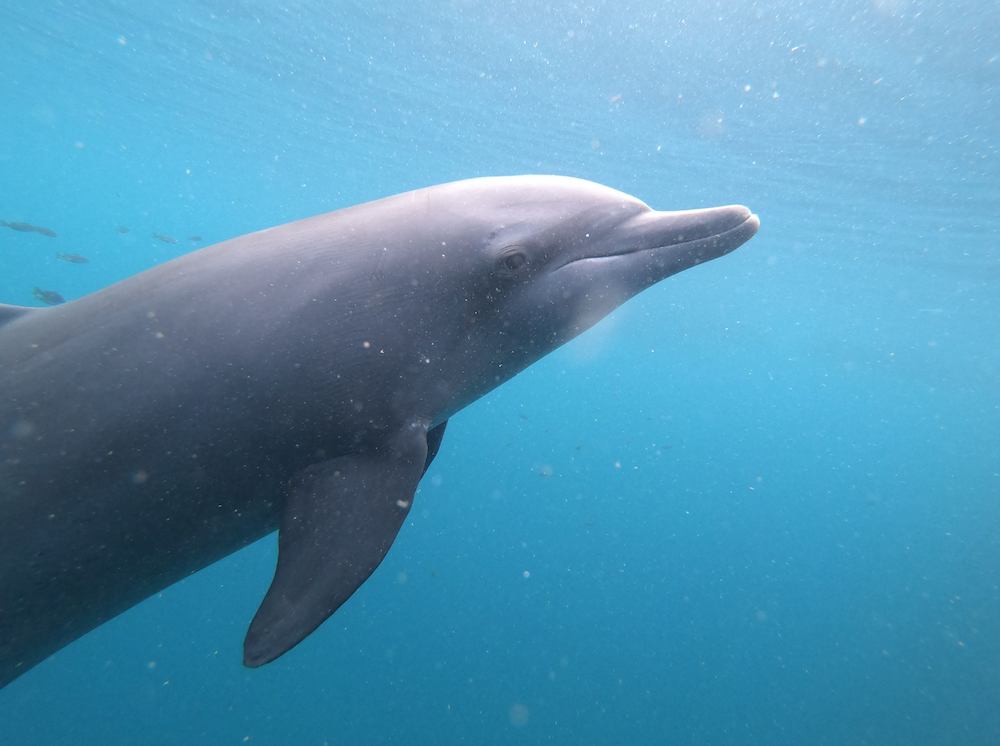 During the first few feedings of live fish to Rambo, he wasn’t impressed! Rambo is a very sensitive dolphin who gets easily upset and would get very nervous as soon as a fish would move in his mouth. He would let go of it and put no effort into chasing it. It almost seemed as if he was relieved to have the fish out of his mouth again. However, two weeks later, Rambo accepted the live fish and put more effort into eating it! This takes time and energy to do, but he was up for the challenge. We are hand-feeding live fish to Rambo but soon hope to see him chasing and eating live fish. 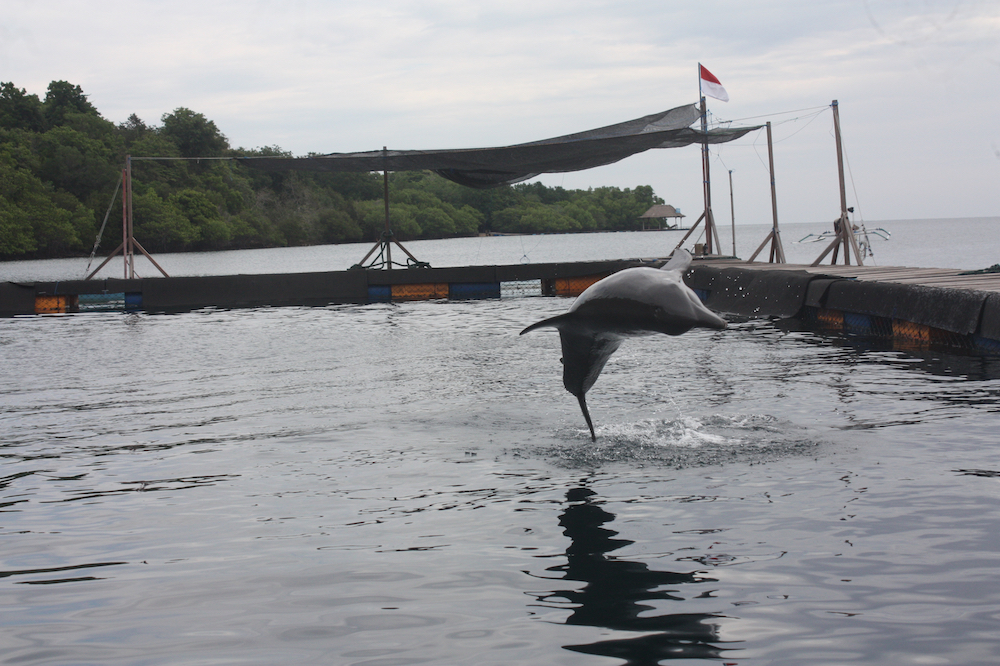 Rocky seemed confused during his first, few feedings of live fish. He would lose the fish and that was that. But after a couple of weeks, we saw him improve, putting a real effort into grabbing the live fish, and then if he lost it, chasing the fish to catch it again. Now, he seems to enjoy this process, eager to play, chase and grab live fish – a great precursor to him catching and eating his own live fish! 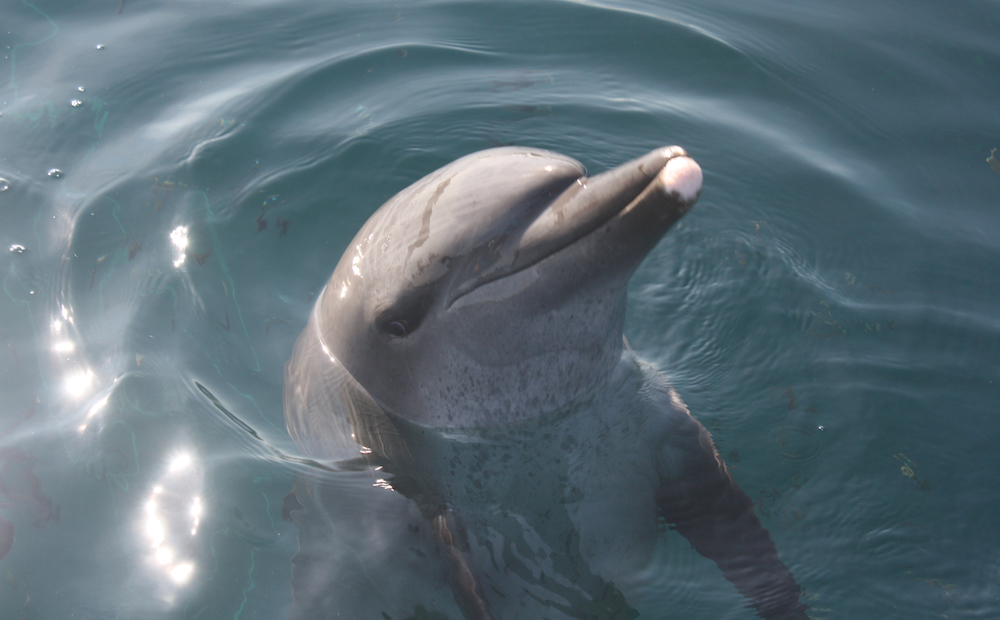 On the whole, Johnny is very confident and just loves to eat. He has likely been through so much in his life, that nothing seems to phase him that much. Almost from the start, Johnny accepted hand-fed live fish, and he also puts an effort into chasing them. Catching them however, is near impossible, as he has no teeth left and is unable to grasp the fish. For Johnny, chasing live fish is part of play and since he is being fed live fish, that’s perfectly fine for us!