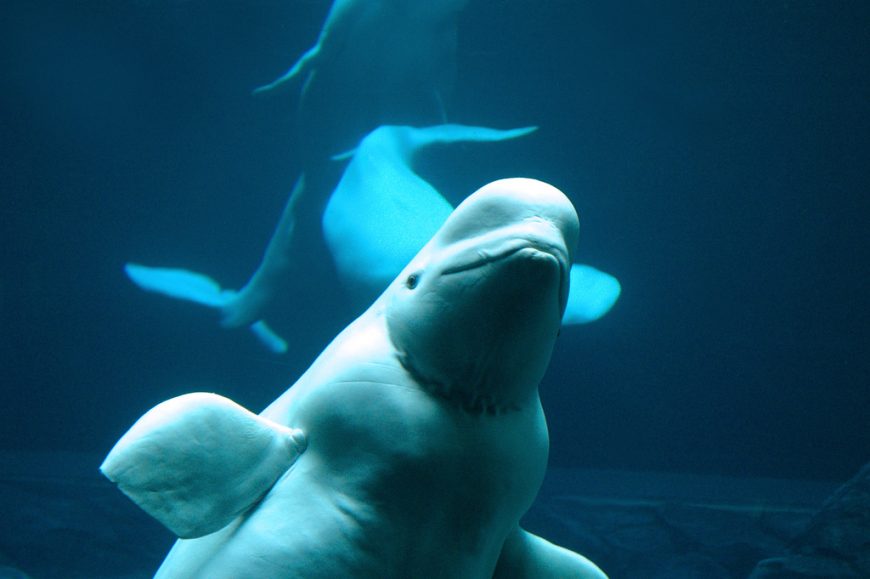 Maris, a captive-born beluga brought to Georgia Aquarium on Nov. 6, 2005, died last Thursday afternoon at the age of 21. According to AJC.com, in the days leading up to her “sudden” death, Maris portrayed a healthy appetite and during an exam performed earlier in the week, “showed no signs of illness.”

Maris was born in 1994 at the New York Aquarium in Coney Island. She was shipped to Atlanta along with her mother, Natasha, and another beluga named Marina, where they joined two male belugas named Nico and Gasper.

According to Ceta-Base.org, Nico and Gasper arrived October 17, 2005, from a Mexican park – La Feria de Chapultepec. Georgia Aquarium stated it had rescued the males from horrendous conditions. The permits to import Nico and Gasper, reveal that both male belugas lived in a pool situated directly beneath a roller coaster. They also show that Gasper was compromised health-wise. In the permit papers, photographs show lesions on his skin and injuries to his fluke and flipper. Marina was the first whale to die at Georgia Aquarium on December 1, 2007, possibly due to a genetic brain disease. Gasper succumbed one month later on January 2, 2007.

On October 4, 2009, Maris, Natasha & Nico were transferred to SeaWorld Texas, to enable Georgia Aquarium to perform a renovation. Nico died at the end of October in Texas. So only Maris would return out of the original group, but she was accompanied by another male – Beethoven, and two younger animals named Grayson & Qinu.

Although Grayson and Qinu were at the SeaWorld park, both were owned by the Vancouver Aquarium, located in British Columbia, Canada. Their sire, Nanuq, was a Vancouver-owned whale. Maris, Beethoven, Qinu and Grayson arrived in Atlanta in February, 2010.

As such, the Georgia Aquarium banked their facility’s entire breeding program on Maris. However, their plans for a self-sustaining population fell short: Maris gave birth to one calf in 2012 and another on May 10, 2015. Both were females, sired by Beethoven.

Neither of the calves survived: the first died after only five days. The second, barely hung on for a month and both calves struggled to gain weight. After the necropsy of the first deceased calf, the aquarium announced:

The calf had multiple medical conditions, some of which appeared to be congenital.

With a necropsy also planned for Maris, the question now looms, what can be done for Georgia Aquarium’s breeding program? Beethoven was moved to Shedd Aquarium in October, 2014, and the last two remaining belugas at the facility are Grayson and Qinu.

With the captive beluga population in the United States facing a genetic bottleneck, too few newborn calves staying alive long enough to reach sexual maturity, and wild individuals dying out, we expect the aquarium will continue to try and keep their breeding program afloat.

Having already fought tooth and nail to import 18 belugas from Russia before they received the federal boot, they are left with two half-sibling belugas and few options left for the survival of their breeding program.

Georgia Aquarium can examine and analyze blood tissues from dead individuals to try to learn from their “mistakes.” They can justify the deaths as an “opportunity to further our knowledge“, but until they step back and see the entire picture and admit that their breeding program is an utter failure, there will only be further tragedies down the road.

Taiji, 1-6-20: A pod of striped dolphins met their fate in the Cove today, in Taiji’s first successful dolphin hunt of the
read more