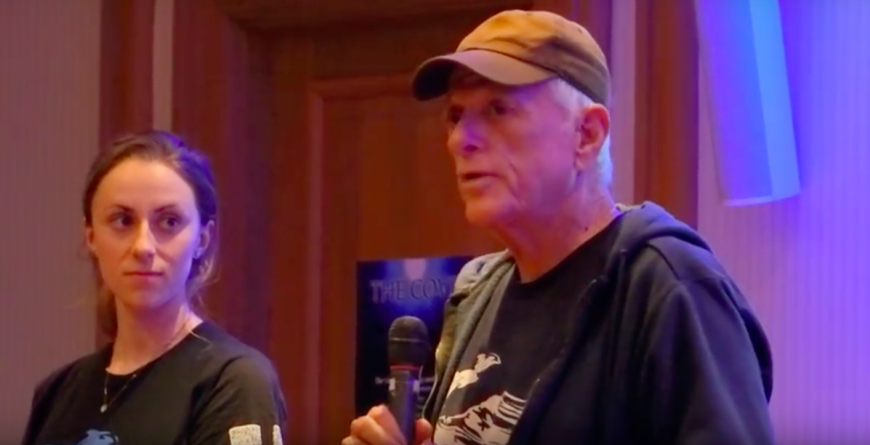 On July 16, Freedom for Dolphins Ireland hosted a screening of “The Cove,” and a Q&A with Ric O’Barry. Also in attendance at the Dublin event was Dolphin Project Cove Monitor Maria Nangle, Sam Lipman from Orca Aware and Samantha Goddard from the Born Free Foundation.

The evening’s discussion centered around the struggles dolphins face in captivity, and what we, collectively, can do to help them. With the start of the dolphin hunting and captive collection season in Taiji, Japan fast approaching on September 1, we ask that people use their voices to show the world that enough is enough.

A heartfelt thanks to Freedom for Dolphins Ireland for this successful benefit. And thanks to all who showed up to support the event. It’s grassroots efforts like these that enable Dolphin Project to continue the good fight.” ~ Ric O’Barry, Founder/Director of Dolphin Project

Watch as Keith Hutchinson interviews Ric and Maria in the video below.

Dolphin Project will once again be on the ground in Taiji for the entire six-month season, documenting and disseminating information.

September 1 is Japan Dolphins Day ~ attend or host an event.