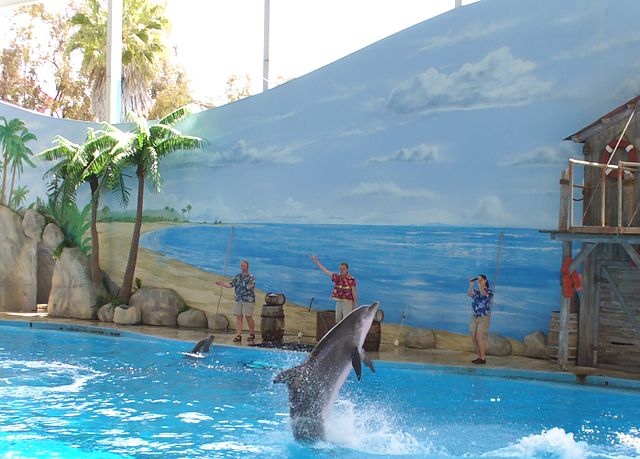 News surfaced recently of a lawsuit filed Oct. 14, in Salano County Court against the Six Flags Vallejo theme park. The suit — brought by former park directors Michael and Holley Muraco, alleges that the duo were fired over the deaths of two dolphin calves despite repeatedly raising concerns over conditions at the park with management.

According to this Courthouse News report:

The Muracos say they told management repeatedly that crumbling infrastructure, poor water quality, improper diets, overmedication, improper surgical procedures, abusive training techniques, insufficient salt in the tanks and other compliance issues were endangering the health of the animals, and in some cases endangering employees and the public.

The Muracos then refer to this May 12, 2014 inspection and citation by the USDA’s, Animal and Plant Health Inspection Service or APHIS, which specifically blames water quality for the death of the calves.

Six Flags has denied all the allegations and appears to have lodged an appeal against the APHIS citation, although nothing official was located.

“We provide excellent care for all of our animals. The lawsuit is without merit and we intend to vigorously defend ourselves,” said Six Flags spokeswoman Nancy Chan.

Sadly, it is the voiceless victims who pay the price of the self-serving. Bella, Ping and their calves, died because of someone’s negligence. The tragedy is heightened by Bella’s devotion to her unborn calf. While pregnant, she was heard making whistling sounds in recognition of her future offspring. Described as a “signature or baby whistle,” Michael Muraco told ABC7 News, “What we found out was it is almost as if Bella were imprinting with her baby, prior to the birth.”

You can listen to Bella’s whistle at SFGate.com.

As for Ping, the mother of the other calf, APHIS writes that her 11 1/2 day-old calf died of traumatic injuries when all the dolphins became erratic and agitated. This behavior, APHIS stated, coincided with a spike in ammonia and chlorine that sent the dolphins into a frenzy and “likely” caused the calf’s injures.

It is unfathomable that a backstage glimpse of these facilities only ever seems to occur with internal strife. As always, it begs the question, what else don’t we know about this park and why don’t we know it?

For Bella, Ping and their lost calves, none of this matters of course. Through no fault of their own, they lost much.

It is beyond distressing.