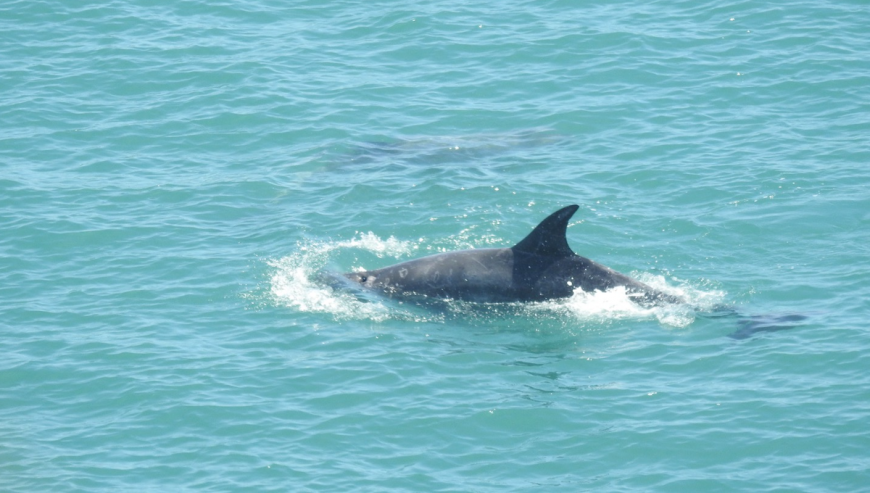 Taiji, Japan 9/2/19 – On just the second day of the 2019/20 dolphin hunting season in Taiji, Japan, hunters were successful in locating a pod of dolphins.

Twelve banger boats left the harbor at 5:15 a.m. in search of unsuspecting dolphin pods. Dolphin Project’s team of Cove Monitors documented their departure, as we will do throughout the entire six-month hunting season. Just before 10:00 a.m., our team spotted the telltale signs of a drive, as black smoke peppered the horizon. While no dolphins could yet be seen, we knew what was taking place: migrating dolphins hugging Taiji’s coast in search of food were now fleeing for their lives, attempting to escape the deafening sounds of the banger boats as their engines gunned to overtake the mammals. 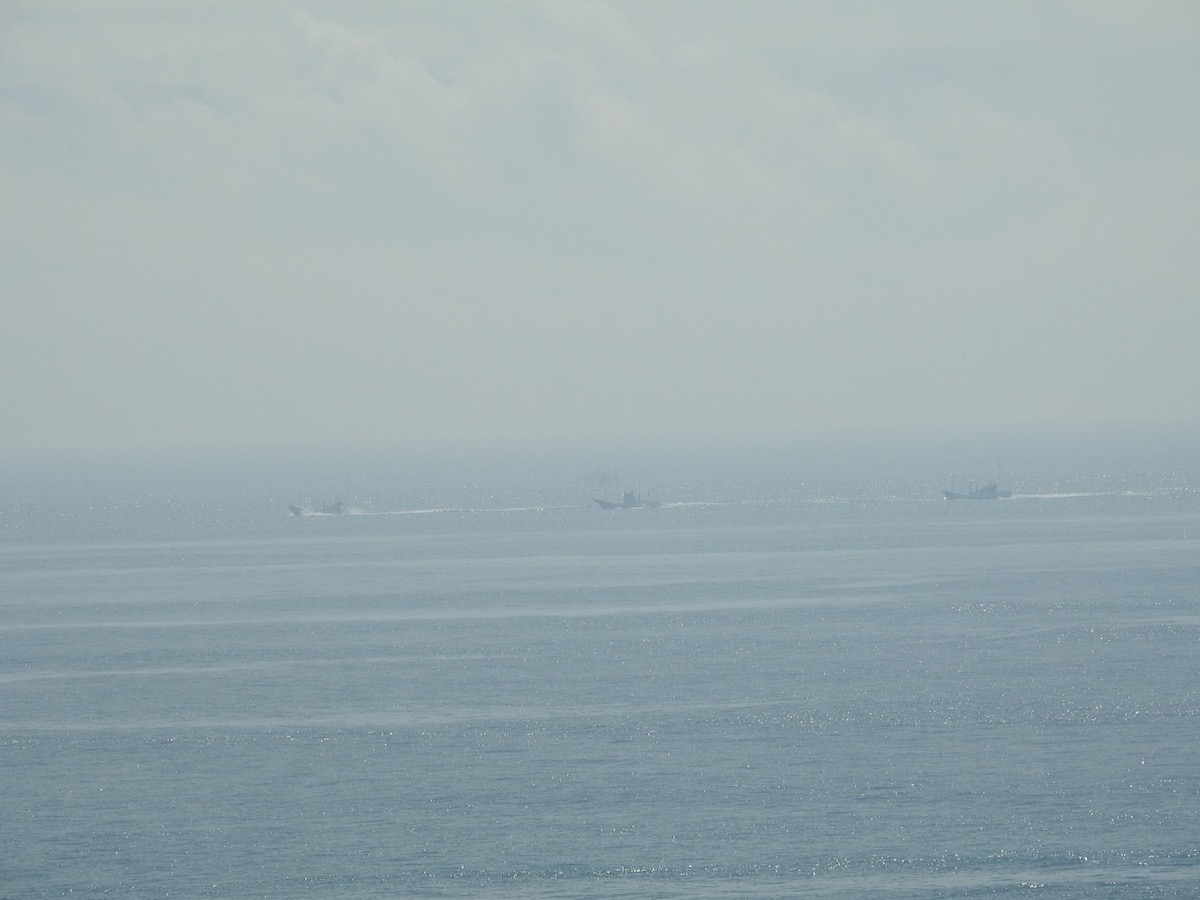 Banger boats chase a pod of Risso’s dolphins in the first successful hunt of the 2019/20 season, Taiji, Japan. Credit: DolphinProject.com 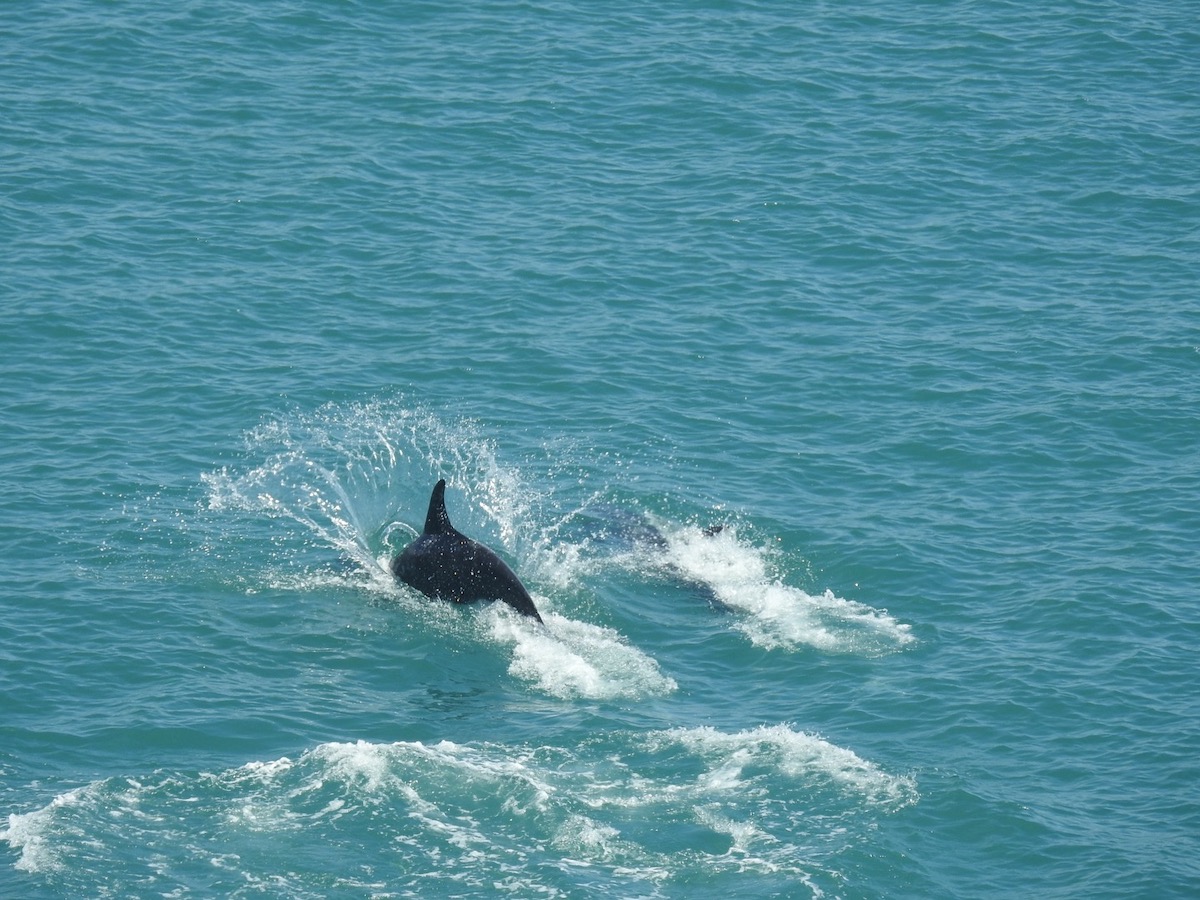 By 10:30 a.m. the exhausted pod was driven into the Cove, nets dragged across the entrance, preventing their escape. With their fate sealed, our team continued to document via livestream and photos for the world to witness and to take action.

We identified the small pod as Risso’s dolphins. Likely it was a single family.

The sounds of their struggling could be heard throughout the Cove. Then, one by one, their thrashing  ceased as the pod of five dolphins were slaughtered. Their bodies were dragged over to the waiting banger boats, and then taken to the butcher’s house for processing, a practice carrying serious health risks for those that consume them. 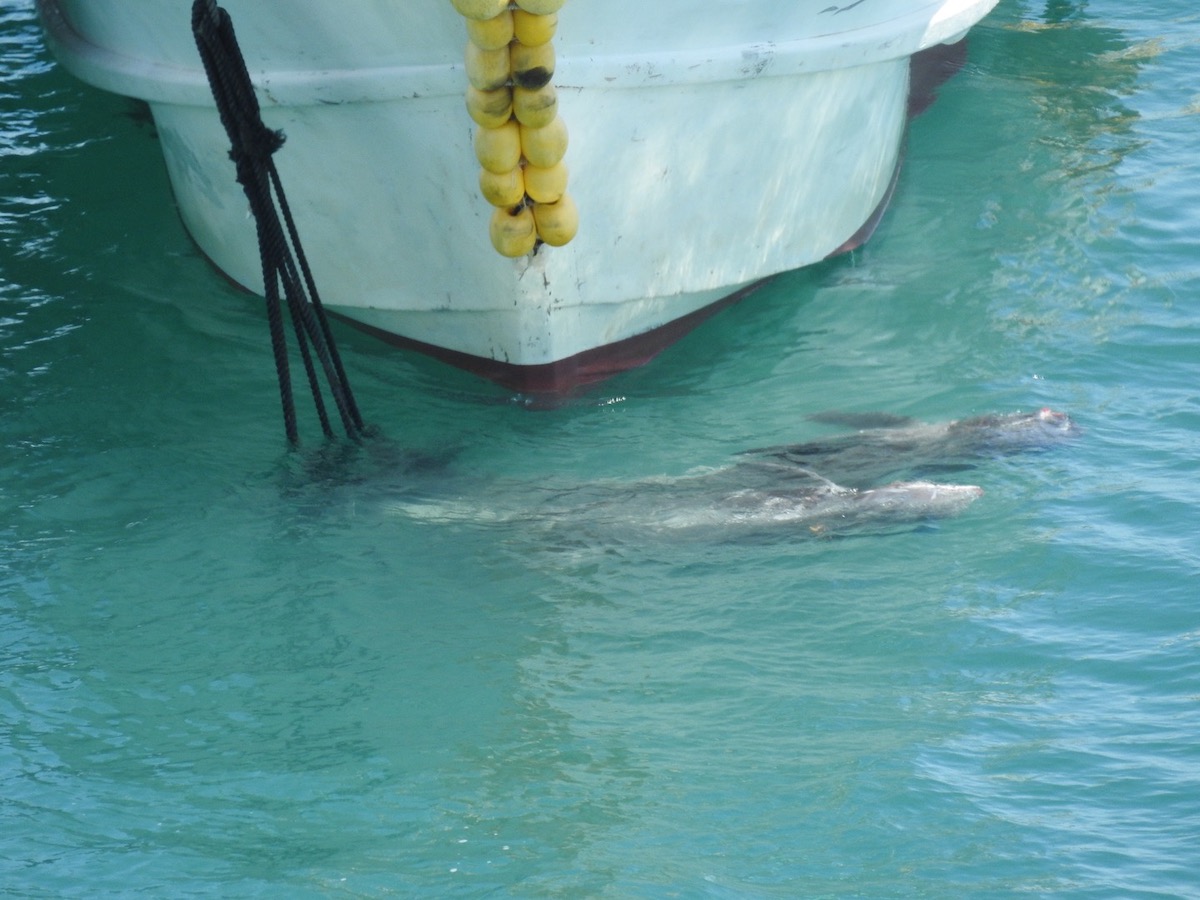 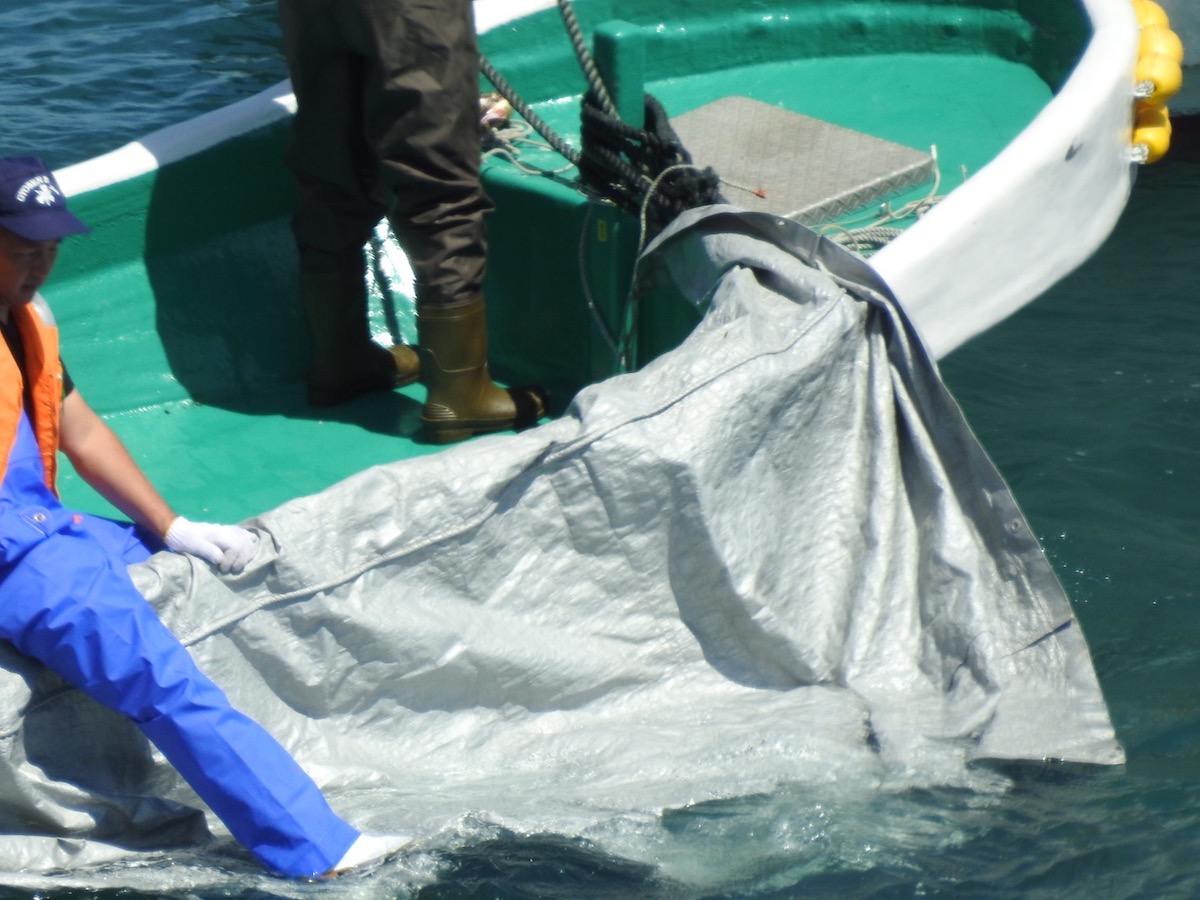 The bodies of the slaughtered Risso’s dolphins are hidden under tarps, Taiji, Japan. Credit: DolphinProject.com

Make a donation directly to our campaign in Taiji.