Home/Blog/Campaigns/Captivity Industry/Finally! Dolphin Captivity to be Phased Out in France 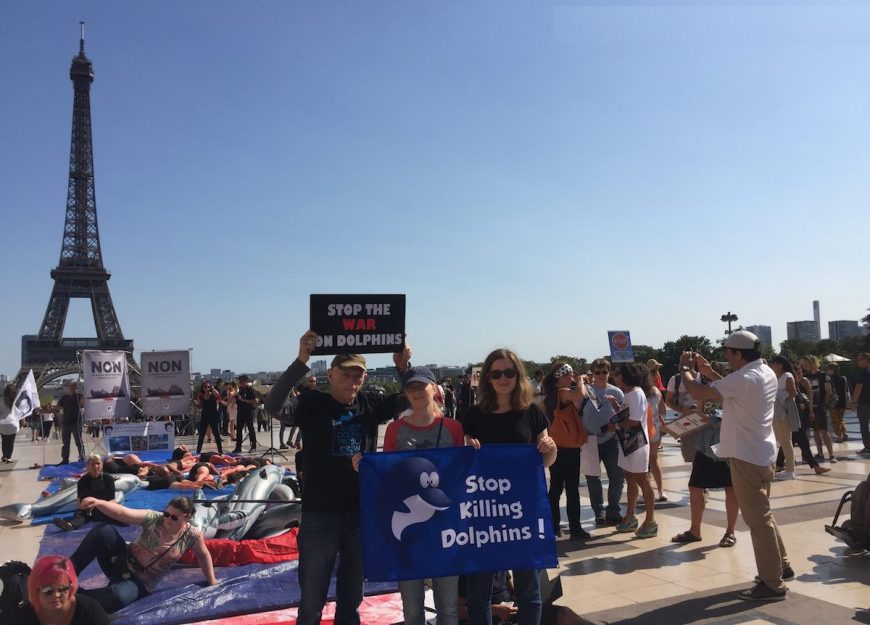 Great news out of France!

On behalf of our colleagues at the French animal rights organization C’est Assez!, we are happy to announce that on September 29, 2020, the French Minister of Environment, Barbara Pompili, announced a ban on the captive breeding of marine mammals. This means there will be no more breeding of captive dolphins, including killer whales, in France, and dolphin captivity will be phased out. The import of captive dolphins will also be banned.

In many countries, captive breeding programs remain the biggest obstacle in closing down facilities that exploit dolphins for profit. We hereby congratulate all the French activists who have shown up for protests to achieve this amazing result. The activists at Cést Assez!, which translates into “Enough is Enough!” – stand out in more than one way: They hold the loudest and most visual protests in front of the Eiffel Tower on every Japan Dolphins Day. We are happy to work with them whenever we can and are not surprised that they have achieved this huge victory for captive dolphins. 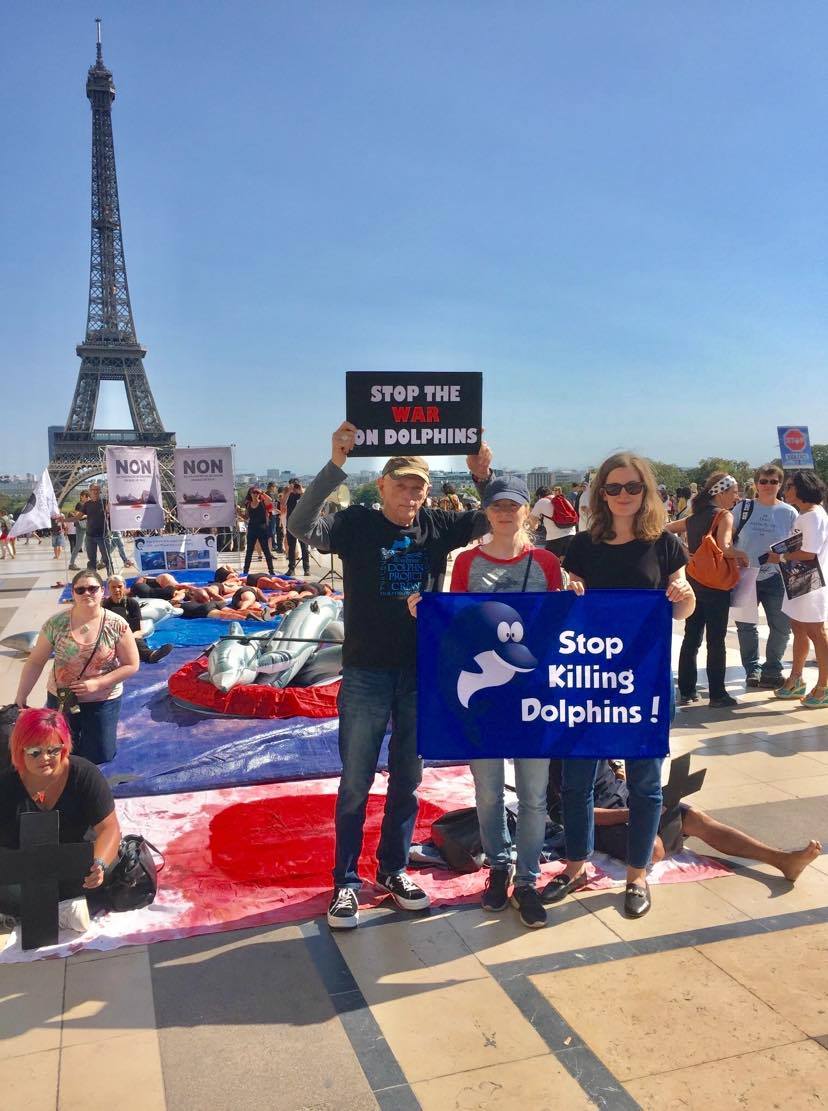 Ric and Helene O’Barry in France on Japan Dolphins Day!