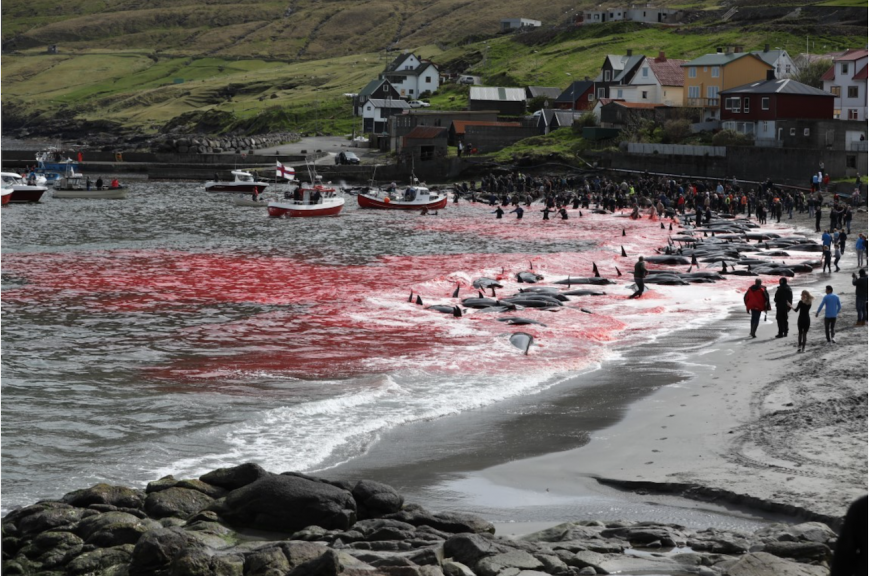 Even though pilot whales and other dolphin species are contaminated with high levels of pollutants like mercury, PCBs and DDT derivatives, the Faroe Islands, which is a self-governing territory of Denmark, continues to kill and slaughter them in massive blood baths called grindadráp in Faroese. Using fast, motorized boats, whale hunters force entire pods of dolphins to beach themselves in shallow water inside designated whaling bays. Sometimes, a pod is pursued for hours out at sea, just like in Taiji, Japan.

Once helplessly stranded, the dolphins are killed one by one. Some of the still living dolphins are crudely dragged ashore with so-called blunt hooks or blowhole hooks. During the slaughter, the highly social and exceptionally close-knit marine mammals are helplessly trapped in water stained blood-red by their dismembered and dying pod members. The blubber and meat are distributed among the islanders, even though health officials have warned of serious health risks linked to consumption. 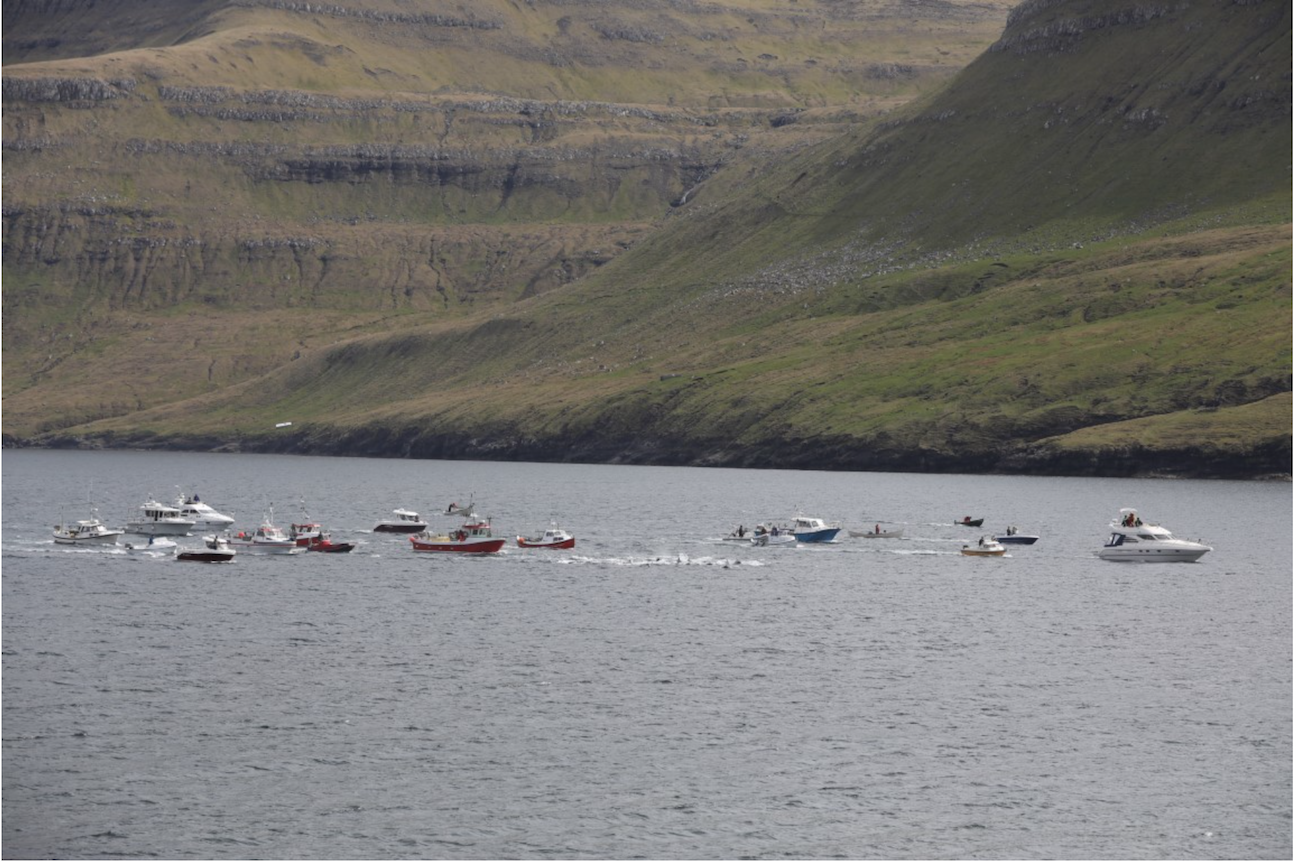 It would also seem the two countries will be supporting one another in their dolphin hunts. In 2017, Taiji, Japan announced they will be forming a sister city relationship with the Faroese town, Klaksvik. Both known for their drive fisheries – a practice where dolphins and other whales are chased, then “driven” into shallow waters to be brutally slaughtered – the two towns hope to strengthen their pro-whaling stance.

However, unlike in Taiji, the Faroese dolphin slaughter is not seasonal and can happen any time of the year. At the time of this writing, a total of 12 hunts have eradicated 561 pilot whales, 45 Atlantic white-sided dolphins and 4 Northern bottlenose whales.* During a recent tagging operation, one of the panic-stricken pilot whales got stuck on land and was killed. Dolphin Project is in touch with several people in the Faroe Islands who oppose the hunt due to the cruelty involved. Faroese pro-whalers, however, are quick to argue that the hunt is humane, and the dolphins die quickly.
*Source: Faroese Grind statistics website

German journalist Andrea Jeska traveled to the Faroe Islands in May of this year and witnessed a pilot whale slaughter for the first time. She was shocked at what she saw. Her detailed and harrowing account verifies that whalers’ repeated claims about a quick and painless death are false.

Her article “The Red-Stained Sea” first appeared on the website of Ceta Journal, which is founded by environmentalist Sasha Abdolmajid and focuses on cetacean related issues.
Read more: Op-Ed: The Red-Stained Sea