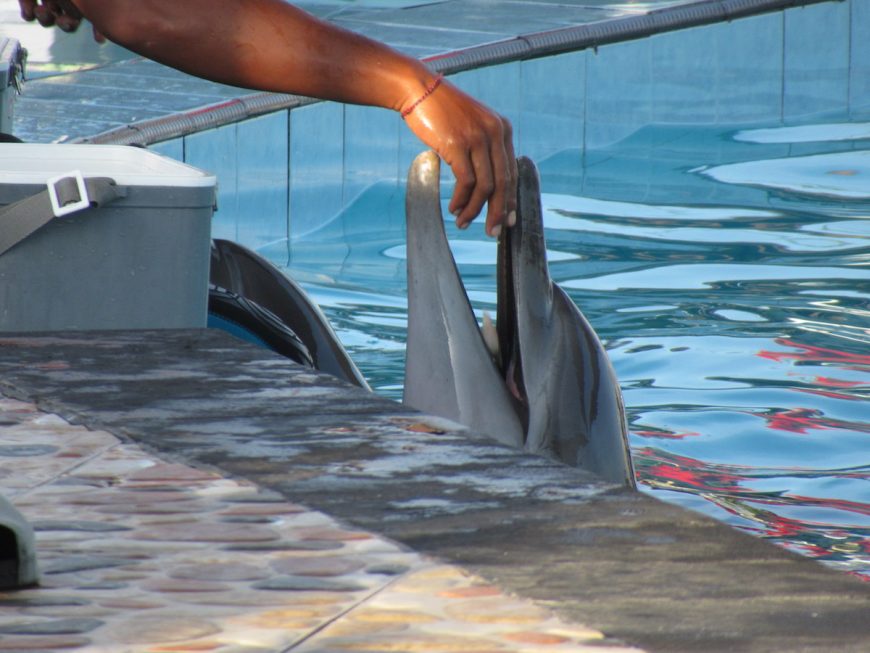 One of the last places on earth where dolphins are held in traveling circuses is Indonesia. The level of cruelty is extreme, where dolphins are carted from city-to-city, and forced to perform in horrific conditions. But this isn’t the only place where cruelty takes center stage: Bali’s swim-with-dolphins programs are equally barbaric. Held in tiny chlorinated pools, tourists pay a high price to swim with captive dolphins – dolphins that appear to be missing their teeth.

If one were to ask what happened to the mammals’ teeth, a standard reply would be, “…that’s normal because the dolphins are old.”

But, like most everything else the captivity industry represents – it’s a lie.

To prevent the frustrated and stressed dolphins from harming visitors, their teeth are filed short, leaving nerves continuously exposed. This can cause the mammals excruciating pain, a pain which often worsens with time. 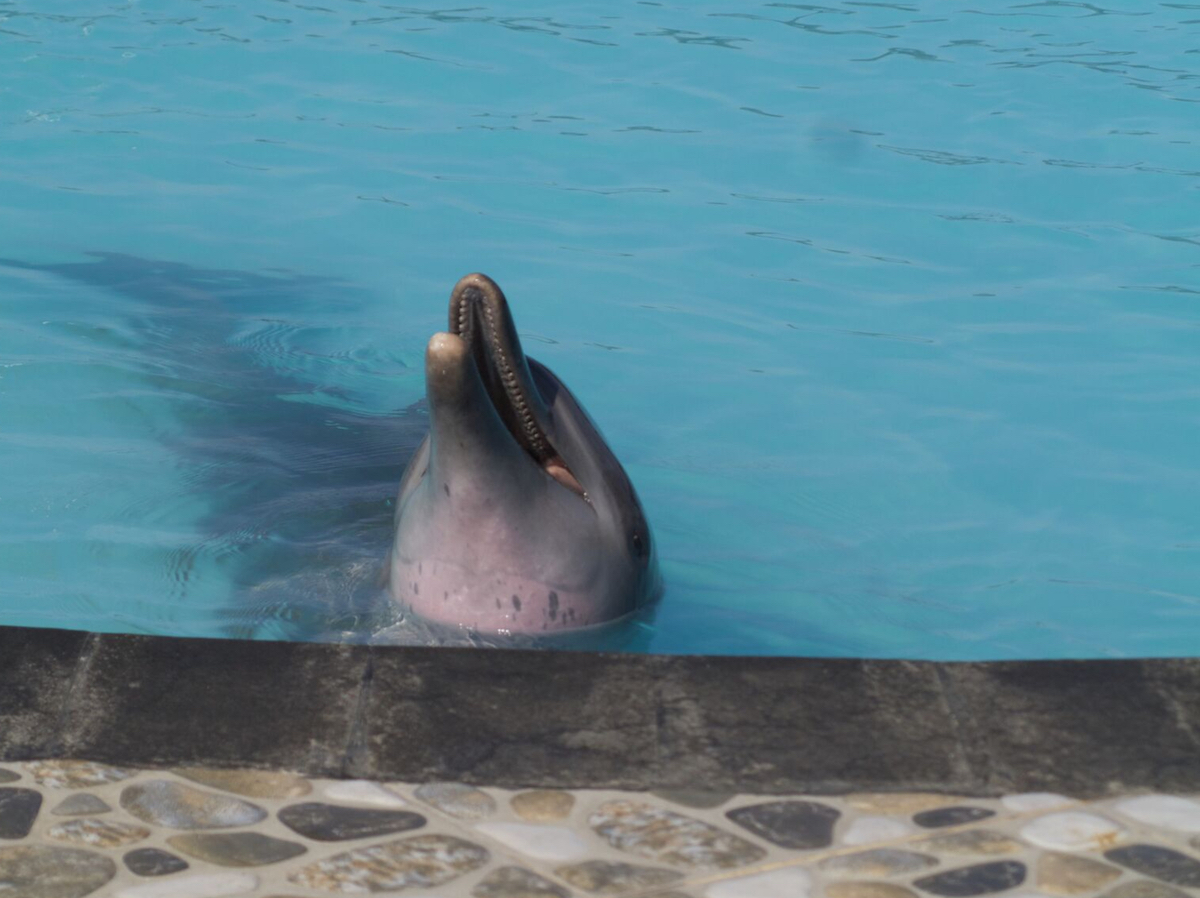 In Indonesia, young dolphins are captured from the Java Sea, and trained at the travel show ‘headquarters’, located in the village of Sikucing Kendal in central Java. Here, the dolphins are falsely reported as “…rescues, in need of medical treatment” to the local forestry department who then issues a permit to the travel show, so they can be kept.

Loopholes in the existing Law on Biodiversity, Number 5 – “Existing Laws and Regulations” is successfully being exploited, allowing dolphins to be easily taken into captivity. Thus, their life of horror begins.

Through starvation, the dolphins are trained to jump through hoops and rings, and slide out of their shallow, plastic pools in order that visitors can take photographs with them. Loud aggressive music blasts through speakers as the dolphins are forced to perform as many as five or six times per day. It is during these performances that dolphins are fed, amounting to less than half of their minimal daily requirements (approximately 5 kilos per day of tiny pieces of fish, versus the required 10 kilos/daily). It’s a well-known fact that well-fed dolphins won’t perform on demand. 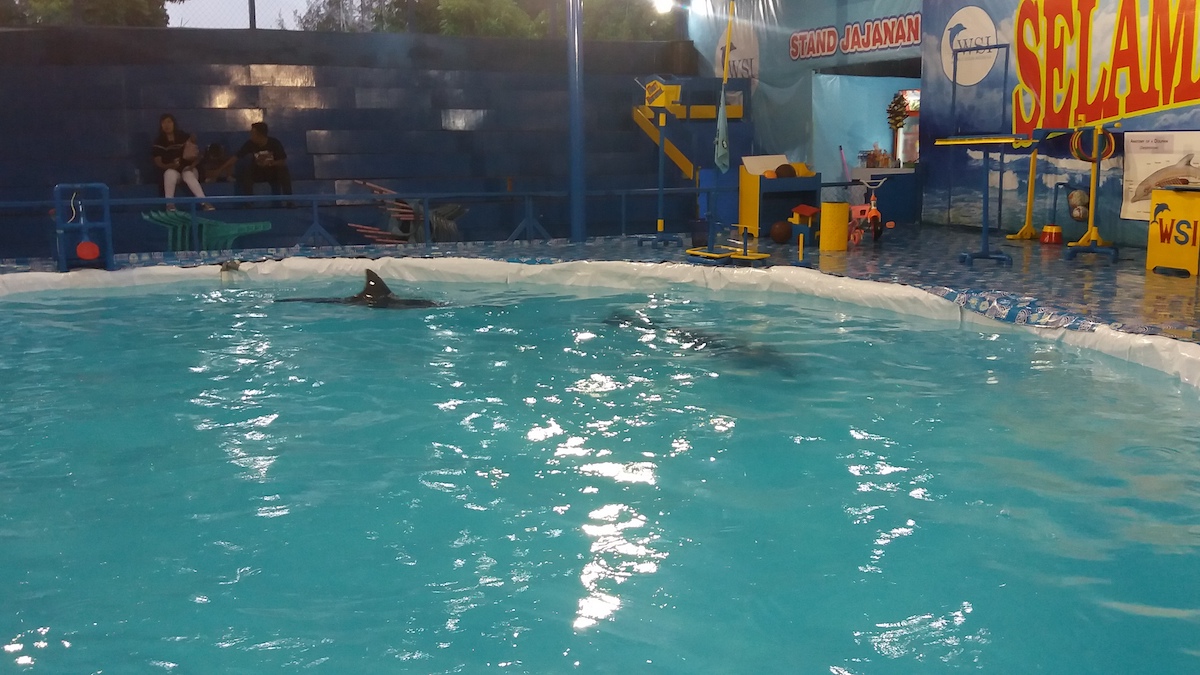 The torture doesn’t stop here. The chlorine in the water often causes the mammals to suffer from persistent, severe eye and skin problems. Painful stomach conditions also develop from the chemically-rich environment. And while dolphins in marine parks and aquariums across the world suffer in captivity, in Indonesia, these problems seem to be magnified. Controls and regulations governing cetacean captivity are either non-existent or simply ignored.

Despite such extreme cruelty towards dolphins, the Indonesian government continues to allow the traveling shows to operate, even going as far as to defend them as being educational and informative. Greed and ignorance proves more powerful than compassion and ethics. And until these practices are banned, dolphins will continue to die premature, painful deaths – all in the name of “entertainment”.

OTHER WAYS TO HELP: