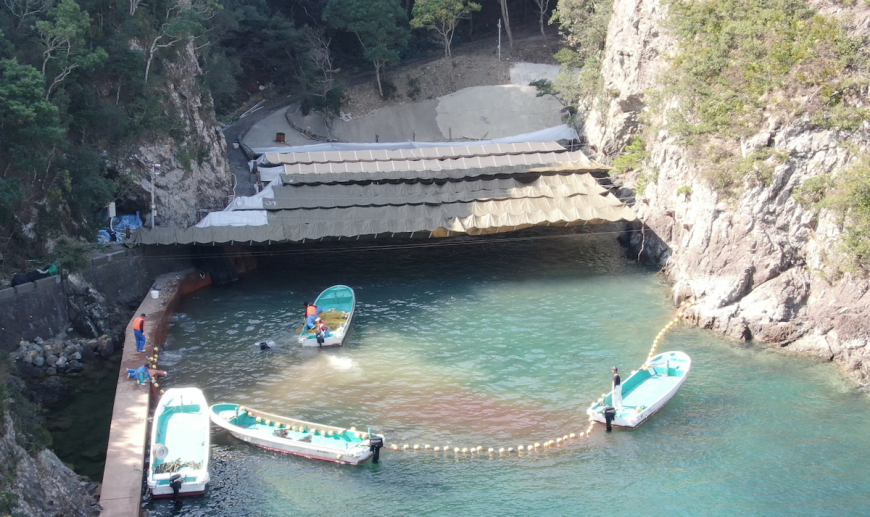 Taiji: During the 2018/19 season, Dolphin Project began working with drones, in efforts to bring the best documentation on the dolphin slaughters and captures that take place annually in Taiji, Japan. Now we’re able to release the first-ever drone footage of a dolphin hunt from start to finish, exposing a new view of the horrors that takes place in the Cove.

“For 12 years we’ve been seeing the same couple of angles as activists had been live streaming from a great distance using their phones. It’s very limited and the hunters do that on purpose. However, the drone was able to capture an entire dolphin drive from beginning to end, and we’re seeing this from the dolphin’s point of view for the first time. You really feel what the dolphins are feeling and it’s a much more emotional experience to watch.” ~ Lincoln O’Barry, Dolphin Project

A pod of dolphins swims tightly together after being blocked from escape by skiffs, Taiji, Japan. Credit: DolphinProject.com 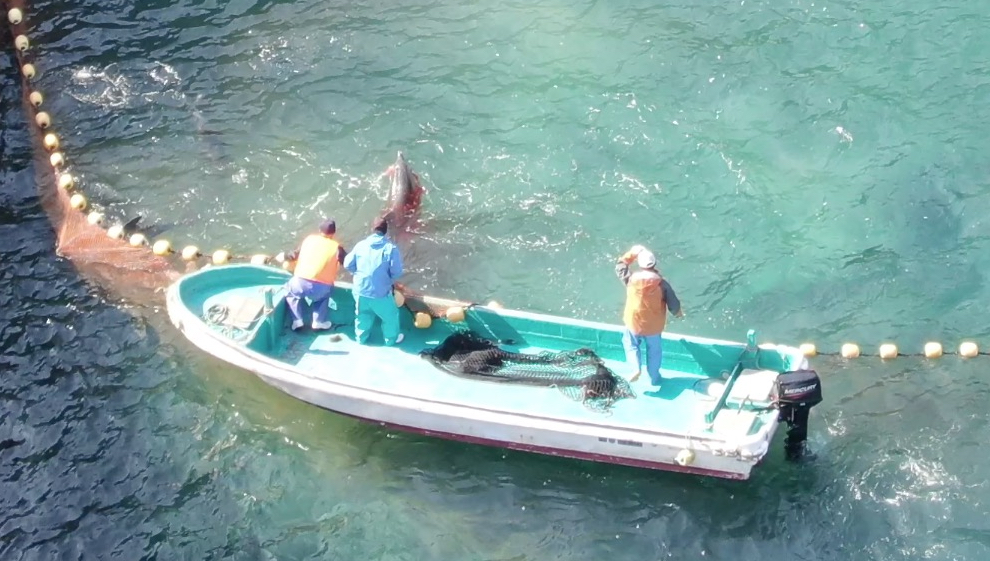 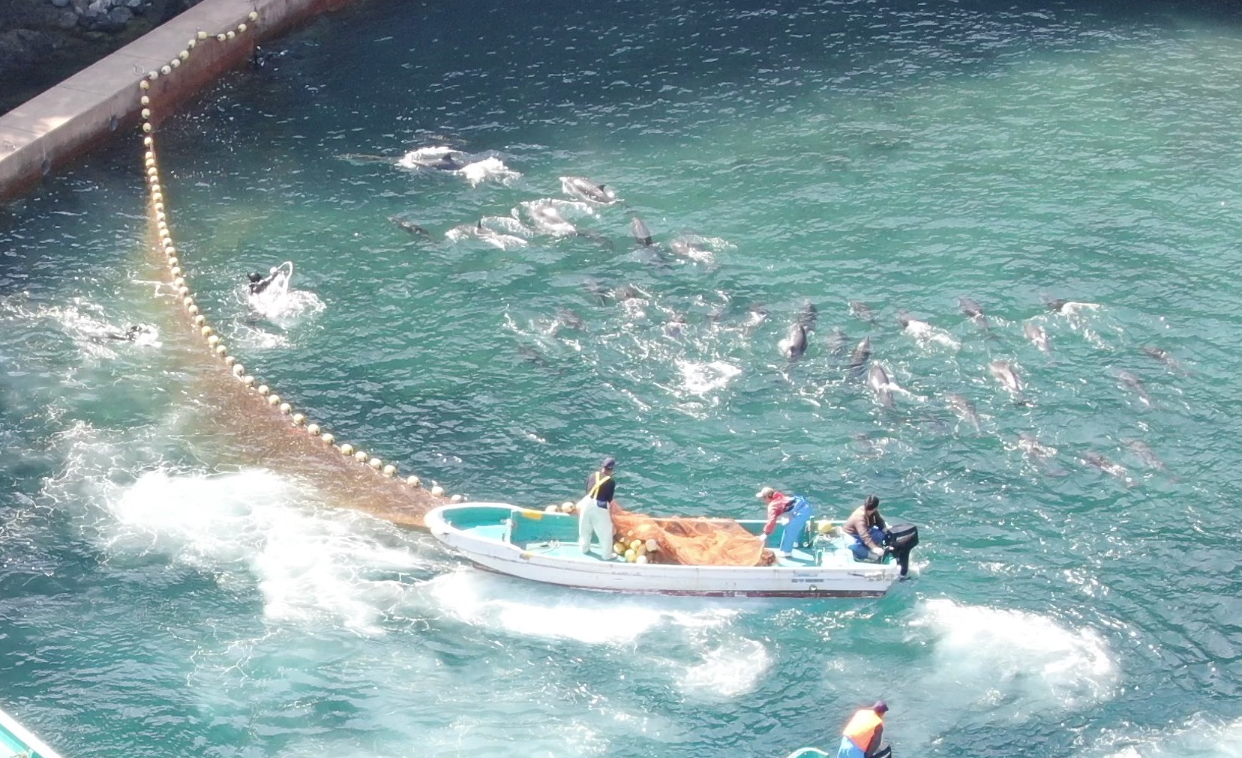 Dolphins panic after being driven into the Cove, Taiji, Japan. Credit: DolphinProject.com

Underneath the tarps, after being dragged into shallow waters, dolphins are brutally slaughtered for their meat, Taiji, Japan. Credit: DolphinProject.com

“Sixteen years ago when I first stood on the shores of the Cove, observing in horror as dolphins were selected for “life” in captivity and slaughtered for their meat, we didn’t have the benefit of social media to shed an international spotlight on these atrocities. We do, now – and this truly is the heart and soul of Dolphin Project’s campaign in Taiji. By live streaming and documenting the brutal dolphin hunts, Japan can no longer hide their crimes against dolphins and nature.” ~ Ric O’Barry, Founder/Director of Dolphin Project