Education = Empowerment: Our Mini Cove Monitors Get It!

Home/Blog/Campaigns/Japan/Kids/Education = Empowerment: Our Mini Cove Monitors Get It! 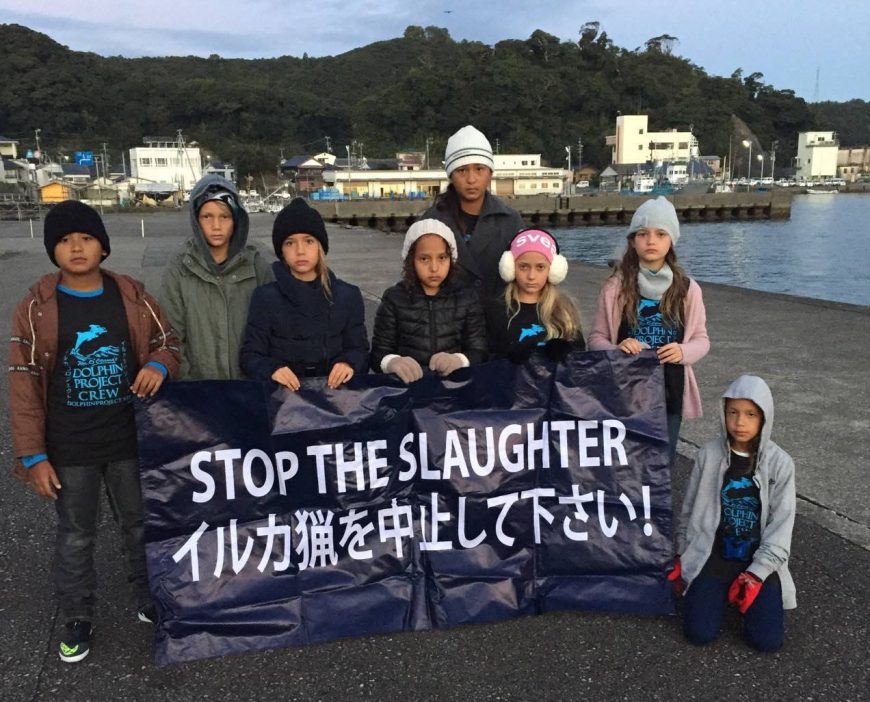 Calling all Mini Cove Monitors: Want to join #TeamDolphinProject at #TheCove during the 2016/2017 dolphin hunting season?

For three years, Senior Cove Monitor Vicki Kiely has been mentoring children to do their part in Taiji, Japan, learning about the dolphin slaughter exposed by Ric O’Barry and the Academy award-winning movie “The Cove.”

Having the children in Taiji has had a powerful impact. Their presence is felt in a positive manner, with even more people taking an active interest in this cause.” ~ Vicki Kiely

November 2015 marked the third trip to Taiji for a group of kids from Gecko Community, a school in Phuket, Thailand. The students shadowed what the adults did, including getting up at 4:00 a.m. and counting the number of boats going out, monitoring the boats as they returned, and learning what an actual drive process looks like.

Dolphin Project believes that no one is too old – or too young – to make a difference. Today’s students (of all ages) are tomorrow’s activists.

Experiencing something first-hand and seeing it with your own eyes is the most powerful learning experience you can ever have. We all remember our school trips and camps and I know these kids will never forget this experience.” ~ Vicki Kiely

If acting as a voice for the dolphins of Taiji interests you, then we would welcome your application to our Cove Monitor program.

As Nelson Mandela said, ‘Education is the most powerful weapon you can use to change the world’. Students are the future of activism.” ~ Ric O’Barry, Dolphin Project Founder and Director

PLEASE CONSIDER JOINING #TEAMDOLPHINPROJECT ON THE FRONT LINES IN TAIJI AS A COVE MONITOR, OR MAKING A DONATION TO KEEP OUR CAMPAIGN GOING.