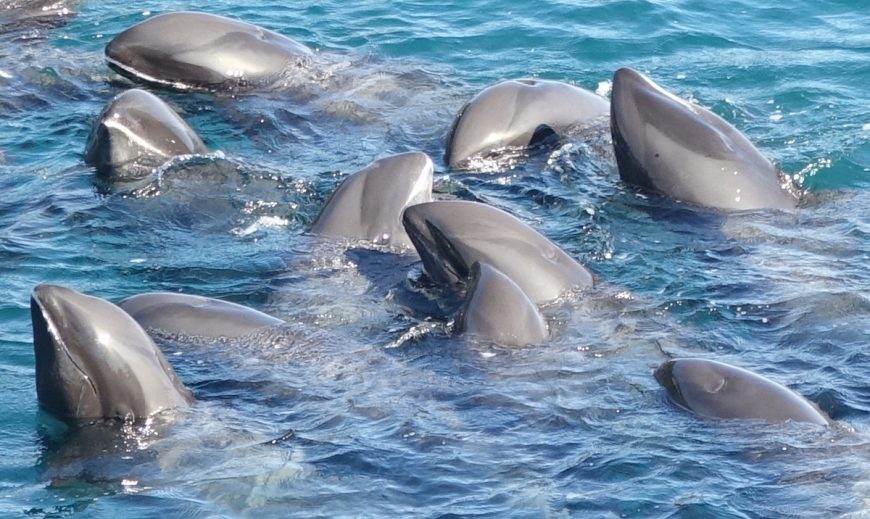 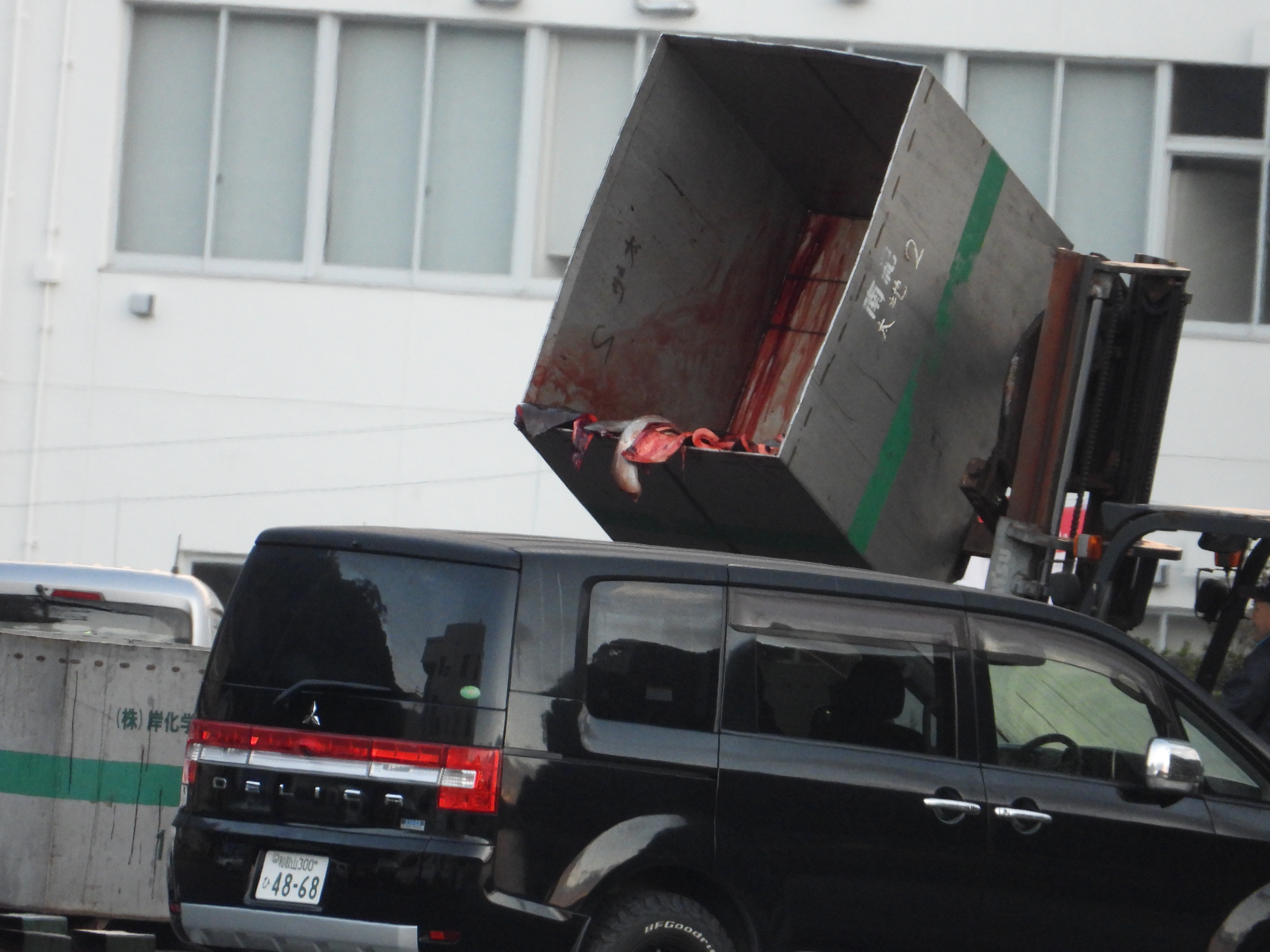 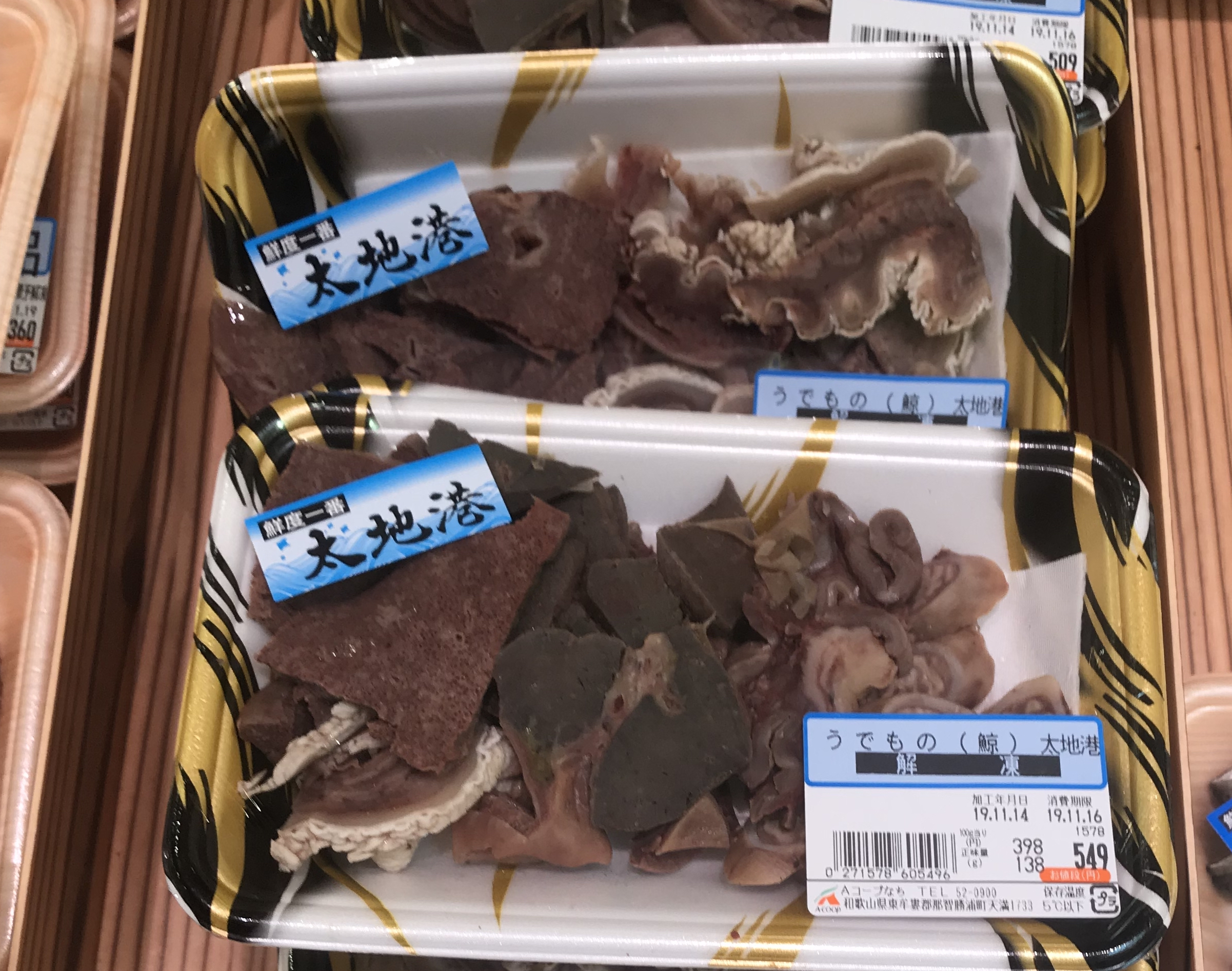 Even though the week started with a Blue Cove, we were immediately reminded of the grim events that occurred the day before: the first melon-headed whale slaughter of the season. Cove Monitors, stationed in the harbor opposite the butcher house witnessed an individual on a forklift lifting and transferring offcuts of dolphin carcasses into containers. Bloody dolphin skin and internal organs splattered into the container, to be disposed of and taken to a dump facility. A day later, what was left of the dolphins’ flesh was wrapped in packages and sitting on shelves at a local supermarket. 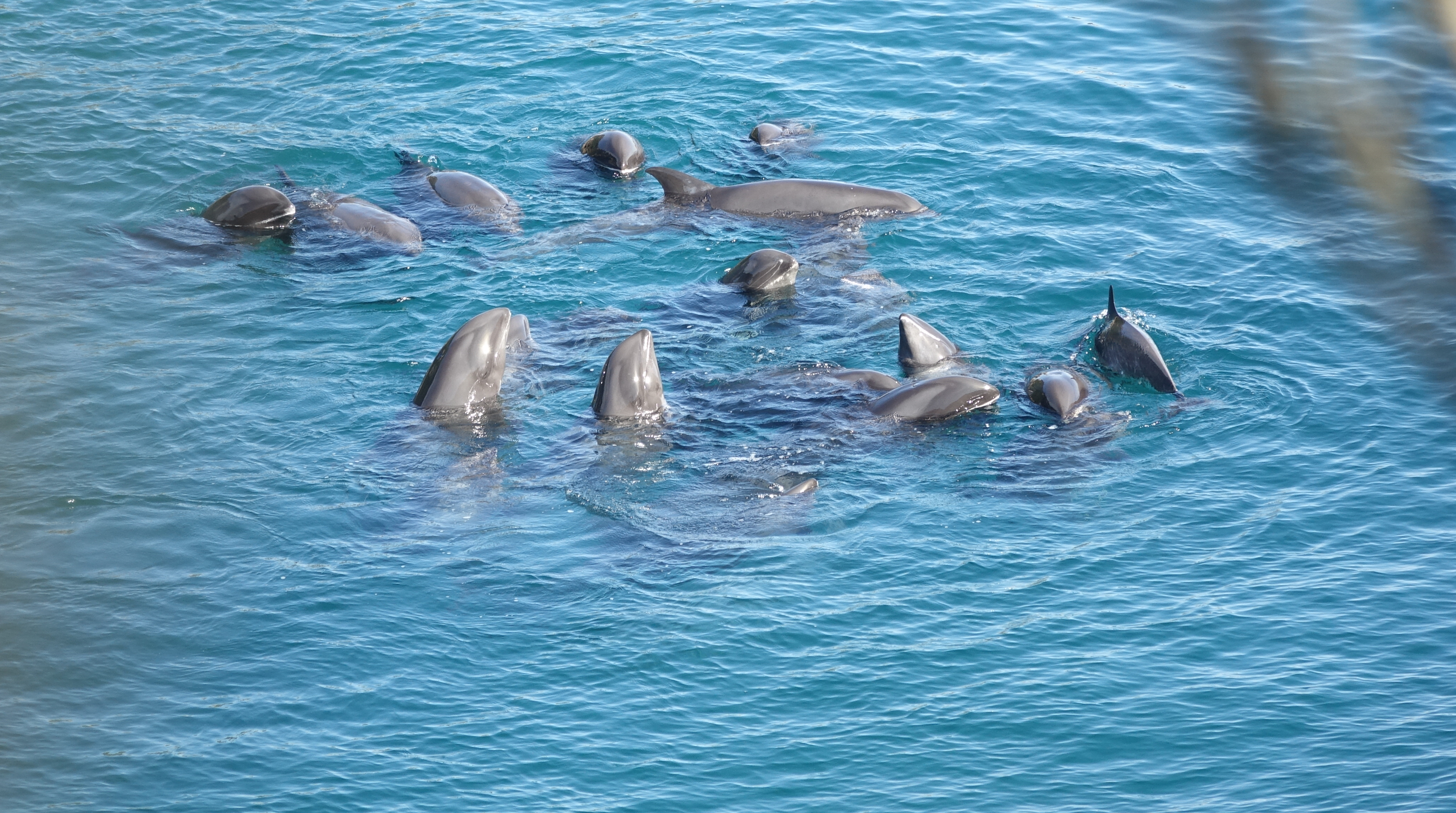 Melon-headed whales driven into the Cove prior to slaughter, Taiji, Japan. Credit: DolphinProject.com 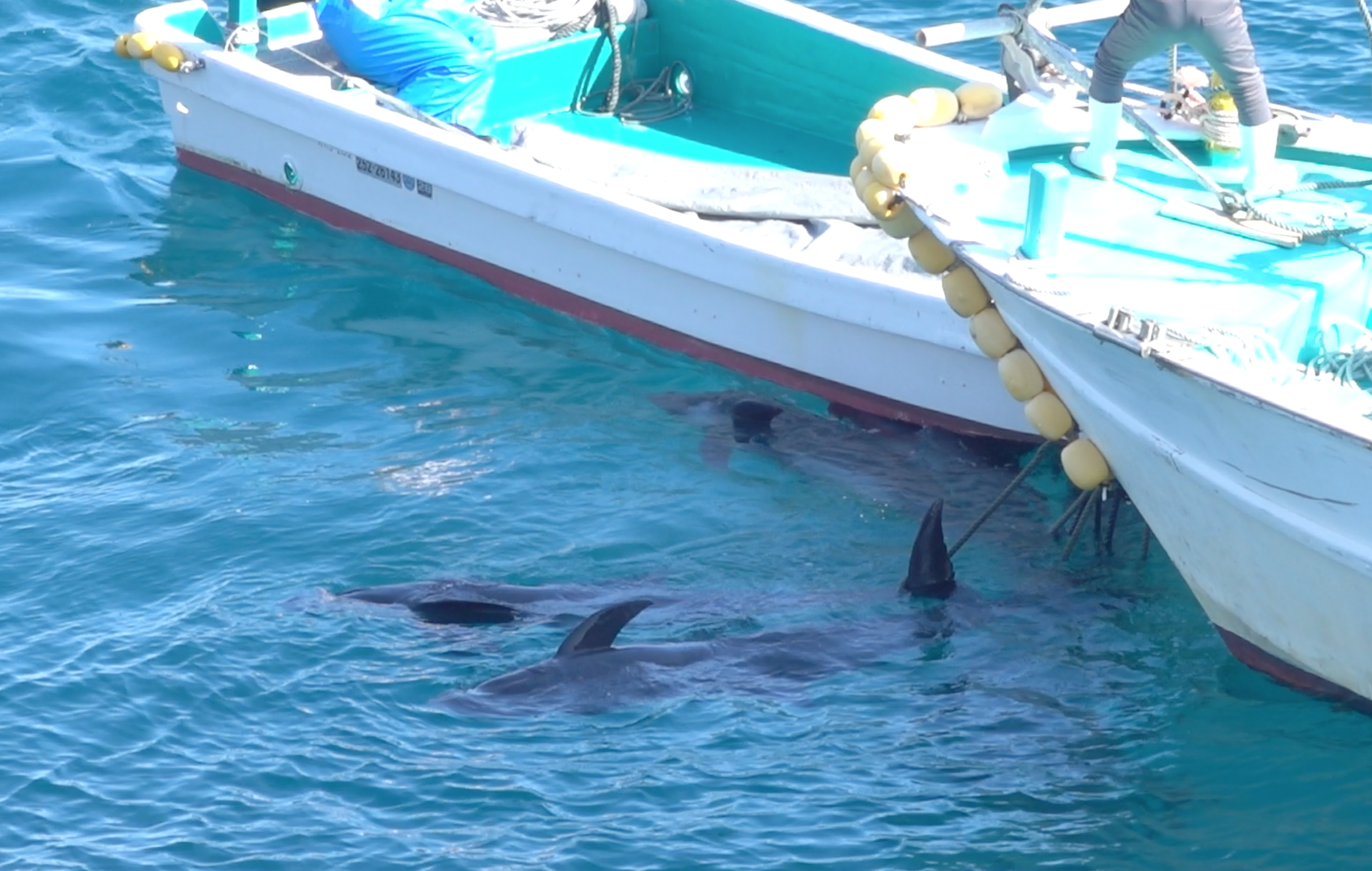 The dead bodies of melon-headed whales are dragged to the butcher’s house for processing, Taiji, Japan. Credit: DolphinProject.com

Another pod of melon-headed whales was driven into the Cove on Wednesday. The entire pod of 20 individuals, once again including juveniles, were slaughtered. Just like the first drive, the pod was initially much larger as they were being driven towards Taiji (at least over a hundred dolphins). However, the hunters intentionally split the pod, meaning that the majority were able to escape. Shortly after dividing the family of dolphins, another group of them managed to swim away from the hunters. In the end, 20 melon-headed whales were not so lucky. Once netted into the Cove, they appeared exhausted and frantic, exhaling heavily and swimming over each other. Dolphin Project Cove Monitors heard the dolphins vocalizing and communicating with one another – heartbreaking, considering what they would soon be facing.

Hunters began revving the engines of the skiffs to further intimidate the dolphins and push them towards the killing beach. All 20 of them rapidly swam away from the loud, unbearable noise of the skiffs, but their fate was sealed. Extremely loud thrashing penetrated through the tarps as each dolphin was slaughtered. The fisheries union claim that their methods of killing minimize the suffering of cetaceans and they die in seconds, but it seemed quite the opposite during this slaughter (and many others). The thrashing went on for several long minutes. Afterward, the dead bodies of these magnificent creatures were dragged to the butcher house for processing, their corpses to be dismembered just like the ones three days prior.

The meat from this slaughter appeared in supermarkets in two different forms: customers could either purchase a dried slab of melon-headed whale flesh, or a mixture of their internal organs.

A glimmer of hope amongst the dread of the week: a lone bottlenose dolphin who was found swimming in Taiji harbor a few weeks ago was spotted again in the bay of a nearby town. The dolphin, still alone, must be hunting on its own as it has been well over a month since the typhoon and its accidental release. However, had the dolphin never been captured in the first place, it would still be swimming wild and free with its family. 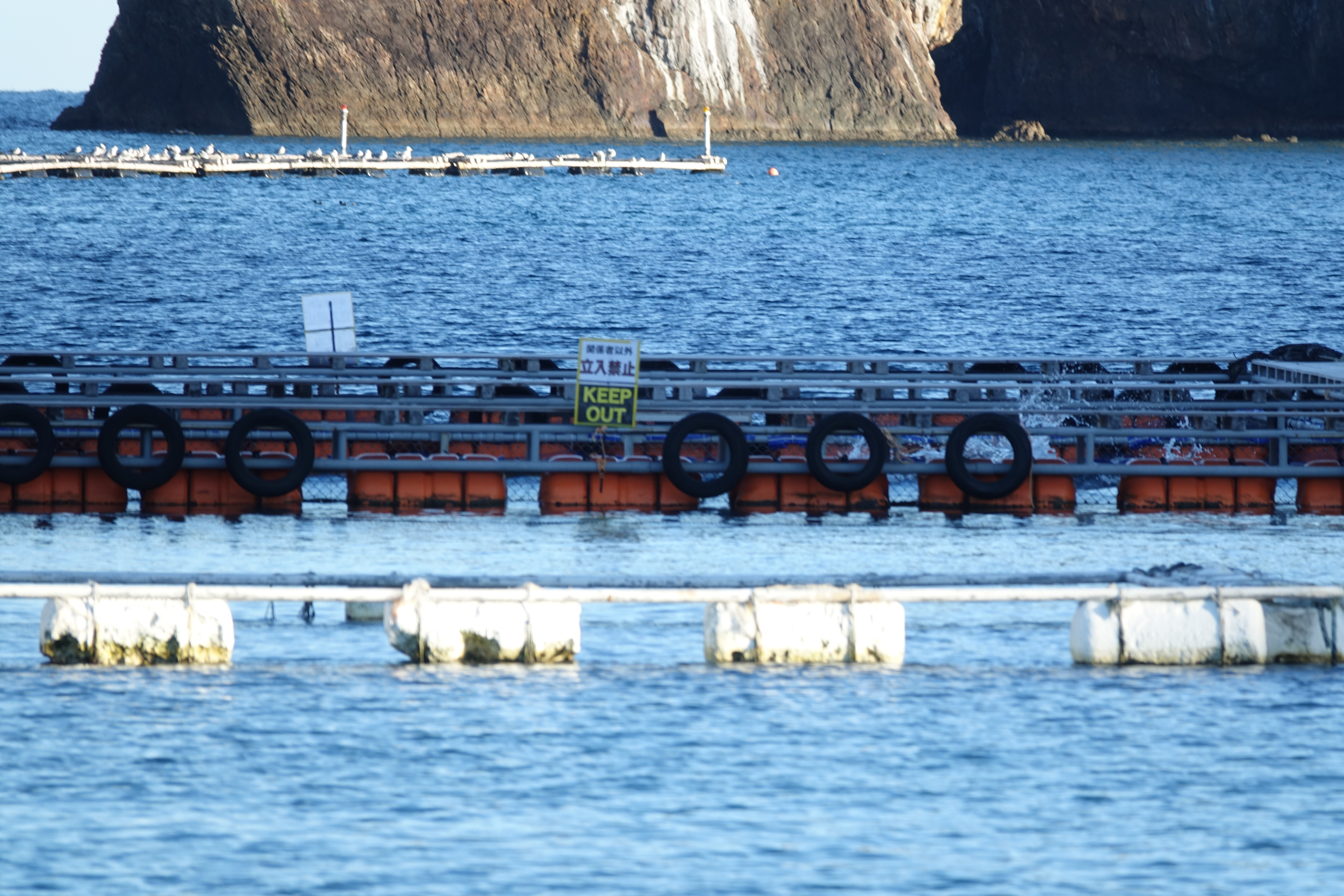 Evidence of dolphin incarceration is everywhere in and around Taiji, Japan. Credit: DolphinProject.com 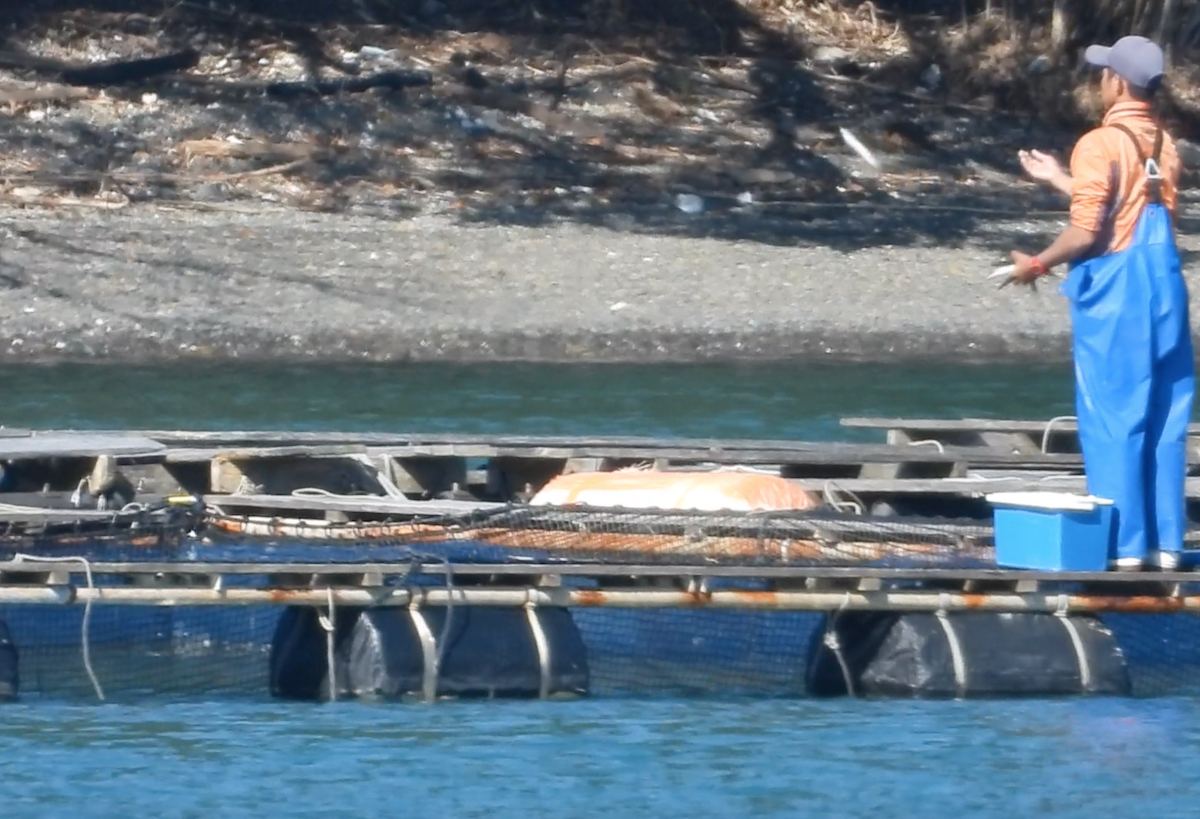 Cove Monitors witnessed the three newly captive melon-headed whales appearing to accept their diet of frozen fish. A trainer stood at the perimeter of their pen, throwing dead squid and fish into the water towards each dolphin. After each throw, the dolphins would scramble and splash at the surface chasing after the food. Hungry dolphins are at the mercy of their captors.

Cove Monitors also checked on the dolphins in the pens in Nachikatsuura, a neighboring town of Taiji. It was feeding time, so the trainers were demanding jumps and tricks from the dolphins in return for frozen fish. We discovered that they have at least seven bottlenose dolphins and a Risso’s dolphin at their facility. 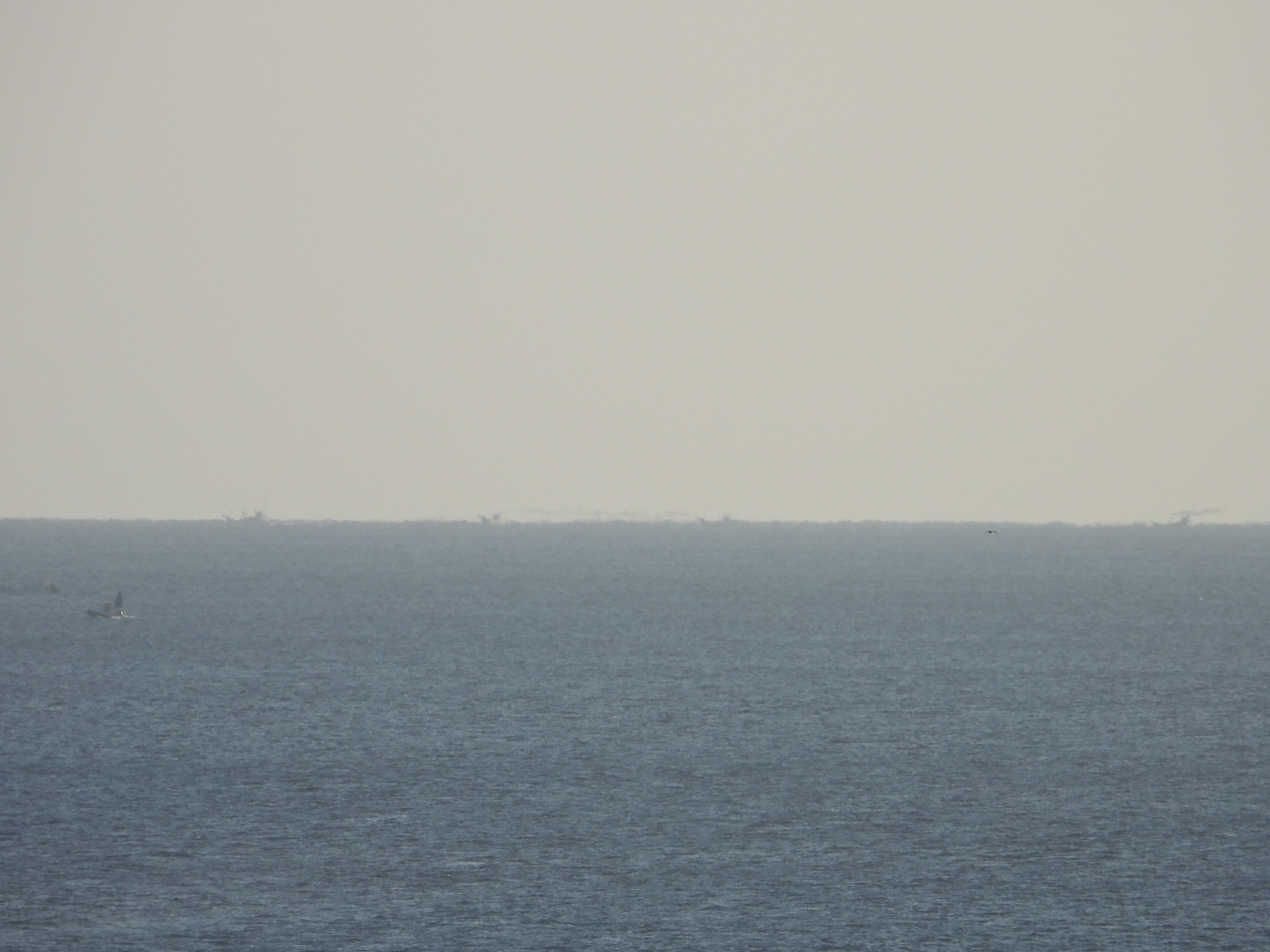 On Sunday, a formation was spotted on the horizon. Black smoke came into view, indicating the full throttle of the boat engines, so immediately we knew that a pod was being chased towards Taiji. When we relocated to Takababe Hill where we can get closer to the Cove to document the events, the boats, still in formation, were still extremely far away. Several times they paused and then charged in the direction of Taiji. We presumed the dolphins must have been diving deep in efforts to escape. This went on for about 30 minutes, but the formation didn’t appear to be getting any closer. Thankfully shortly thereafter, the boats began to head back towards the harbor, empty-handed. The dolphins prevailed this time, but not without fighting for over two hours for their right to freedom.

This week we have clearly seen the depressing aftermath of the brutal drive hunts, where dolphins either ended up slaughtered or taken for “life” in captivity. It can be hard not to feel helpless and downtrodden, but the dolphins need us, now more than ever. We are their voice, and we will continue to fight for them until the hunts cease and they are allowed to remain wild and free. 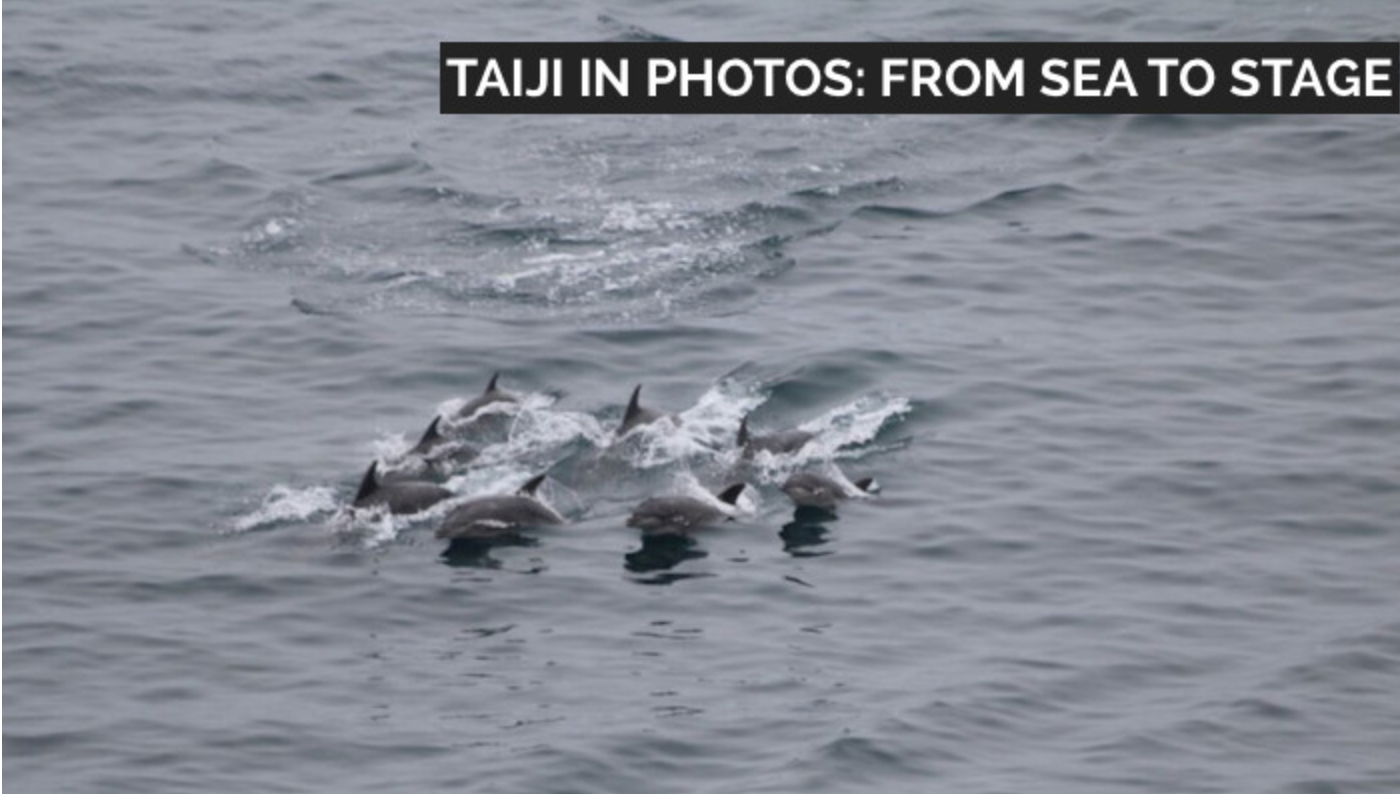 Featured image: Melon-headed whales after being driven into the Cove before slaughter, Taiji, Japan. Credit: DolphinProject.com