Dolphins in Captivity in Taiji

Home/Blog/Japan/Dolphins in Captivity in Taiji 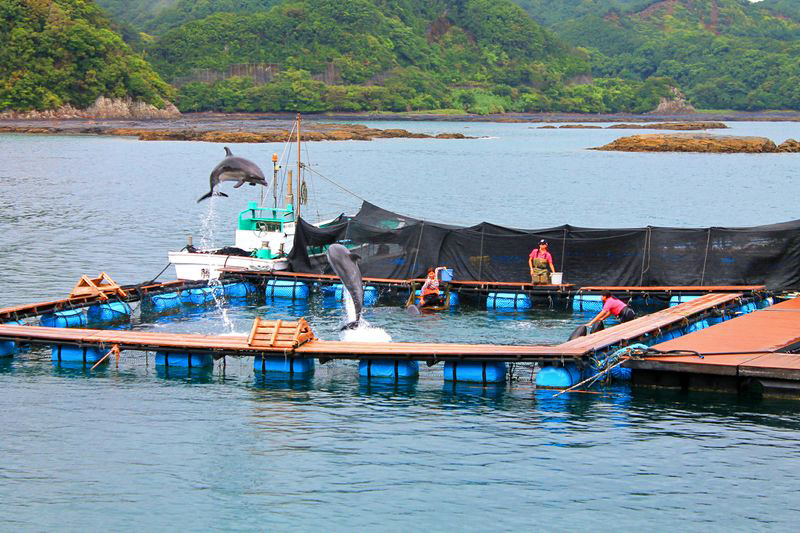 The hunters transferred six dolphins from the harbor pens to Dolphin Base, a captive facility in Taiji that trains wild dolphins, by boat/sling.  A crane hoisted the dolphins into the upper tanks.  This also included a juvenile (only his pectoral fins could be seen, as he was too small for his tail to stick out) and another young dolphin.  The other four were adults.

One of our videographers, Melissa Thompson Esaia, shot footage of the transfer today:

Two of our volunteer Cove Monitors, Karla Sanjur Campo and Jeremy Raphael, took some photos of the dolphins being “sorted” in the Cove yesterday, in the harbor pens today, and sunset at the Cove.  This would be a beautiful place if the dolphin killers were not present.

Yesterday, dolphin hunters in the Cove in Taiji “sorted” out bottlenose dolphins for captivity.  The rest of pod will be released, in a very strange deal between the World Association of Zoos and Aquariums (WAZA) and the Taiji dolphin hunters, in which no bottlenose dolphins are killed in the first month of the hunting season, to try to separate the captures for captivity from the slaughter.  Of course, other species are fair game, and the bottlenose dolphins only have a short reprieve until the end of the month.  WAZA should be ashamed for this clumsy deal.  Photo by Jeremy Raphael.

Just one of the many floating pens in Taiji harbor where captured wild dolphins are turned into performing clowns for the public.  Photo by Karla Sanjur Campo.

If you can help our Campaign with a donation, go to our CloudRise page for Ric O’Barry’s Dolphin Project. 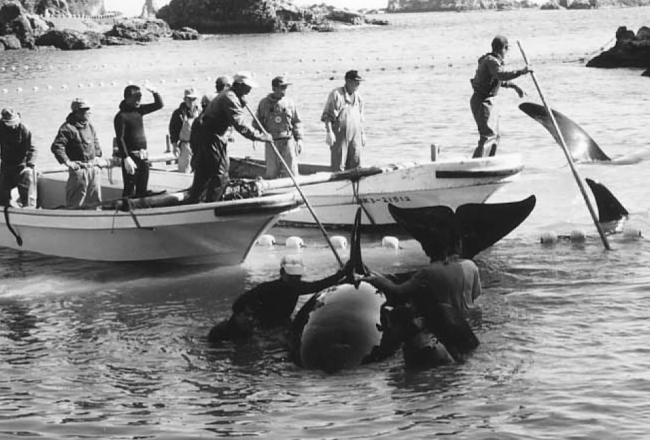 On February 7, 1997 a pod of ten orcas was driven into Hatakejiri Bay in Taiji by the Isana Fishermen’s Union. Of
read more 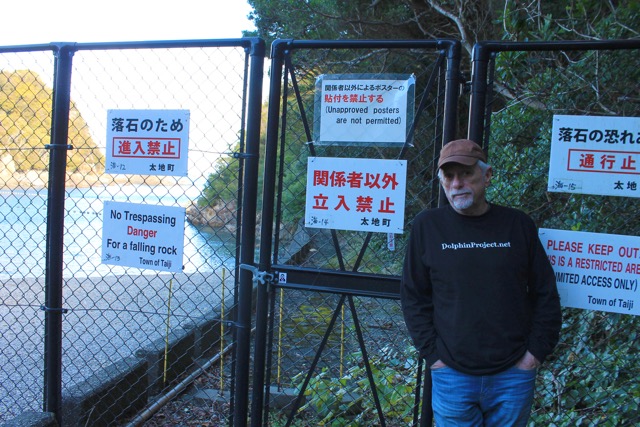