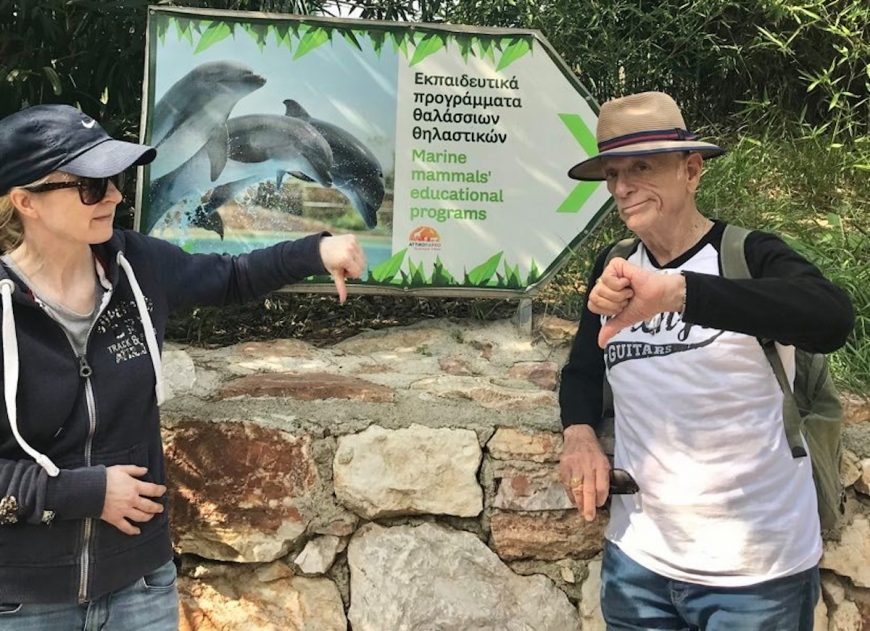 A Dolphin Project team visited the Attica Zoological Parc in Greece in 2018 in order to evaluate the dolphins’ living conditions. We found several dolphins confined in small tanks with no access to shade. Even though Greece in 2012 implemented legislation that bans the use of animals in shows, the dolphins performed for crowds several times a day. They have been trained to jump and vocalize on command, spin around, and race around the tank at high speed, much to the delight of applauding spectators. On its website, the Attica Zoo has posted a visitors’ map of its various animal exhibits. The dolphin exhibit is the only one that consists of a stadium surrounded by bleachers for an audience. Even so, the Attica Zoo does not call the dolphin show a show. They call it a “Marine Mammals’ Educational Program.” During the performances, trainers explain about a dolphin’s use of sound and tell spectators how fast a dolphin can swim and where its blowhole is located. Many dolphinariums add these bits of superficial information about a dolphin’s physiology to make a show appear educational. It does not change the fact that the dolphins are incarcerated in a stadium and perform for fun-seeking spectators. Besides, it is ironic to hear a dolphin trainer talk about how fast a dolphin can swim while she points to a dolphin who is helplessly trapped in a minuscule tank and has nowhere to swim to.

In October of 2018, the Greek Ministry of Environment and Energy imposed a fine of 44,360 euros to Attica Zoo for not adhering to the law that bans the use of animals in shows. According to our contacts in Greece, the Attica Zoo appealed the fine and furthermore maintained that the dolphin shows at the zoo are not about entertainment but are educational. Thankfully, authorities in Greece are not accepting the zoo’s continued exploitation of dolphins, and we are happy to announce that, on March 13th, 2020, government authorities evoked the dolphinarium’s license to operate.

The decision is the result of years of campaigning. Letter-writing campaigns and protests have been carried out by several NGOs in Greece and abroad. Dolphin Project has protested at the Zoo several times, and in 2018 we tried to convince the Zoo to establish a sea-side sanctuary in Crete for non-releasable captive dolphins. Sadly, the owner of the zoo seemed to be more interested in building a new tank for the dolphins and calling it a “Retirement Pool” or something like that. We obviously can’t work together. Dolphin Project continues on with the sanctuary in Crete, but not with the Attica Zoo. 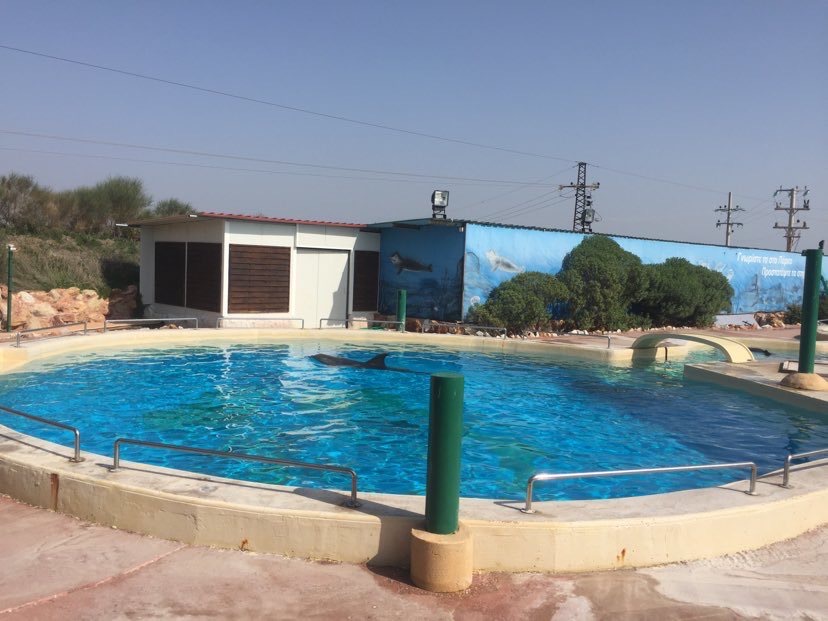 It remains to be seen what will happen to the dolphins that live at the Attica Zoo, which has the only dolphinarium in Greece. Located in the Athens suburb of Spate, it currently has seven dolphins on public display.

Two of the dolphins were sent there from the Lithuanian Sea Museum. Named Lima and Nojus, they arrived at the Attica Zoo in 2010. The French theme park Parc Astérix sent two other dolphins, Ekinox and Naska, in 2016.

Four more dolphins arrived in August of 2016 from the Särkänniemi amusement park in Tampere, Finland, when the controversial dolphinarium there closed. One of them, Delfi, who had been captured in Florida, United States, in 1984, died in January 2017, five months after his arrival. The other three are Veera, Leevi and Evertti. The latter two were born at the Särkänniemi dolphinarium, and Veera was also captured in Florida in 1984.

Seven dolphins have perished at the Attica Zoo since 2010. Of the seven surviving dolphins, only one is female: Veera, who once swam wild and free off the coast of Florida. She has not tasted freedom in 36 years.

We applaud the Greek authorities for its decision to help end the commercial exploitation of dolphins in theatrical shows. We strongly encourage the Attica Zoo to go the extra mile and release their captive dolphins to a sanctuary, where they can live out their lives in peace and dignity.

Featured image: Helene and Ric O’Barry say NO to the Attica dolphin show!