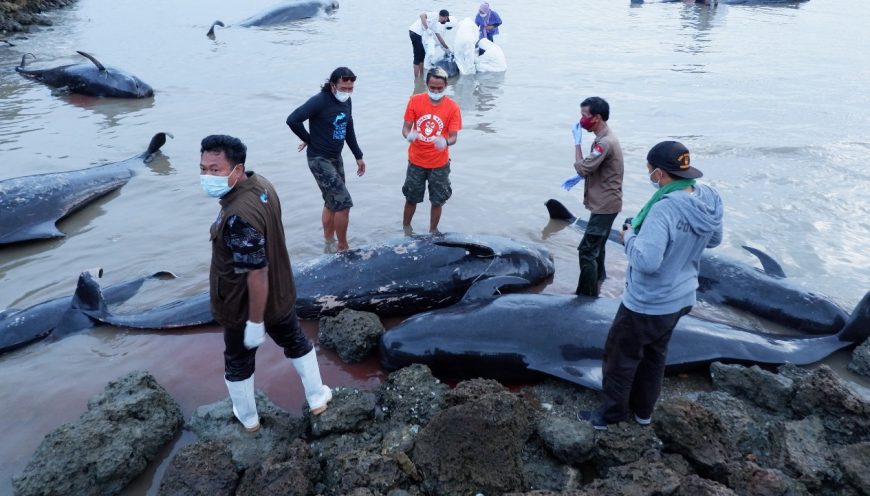 On February 19, Dolphin Project’s team in Indonesia received news that a mass stranding of pilot whales had taken place far east of Java island, on the northeastern Indonesian island of Madura. 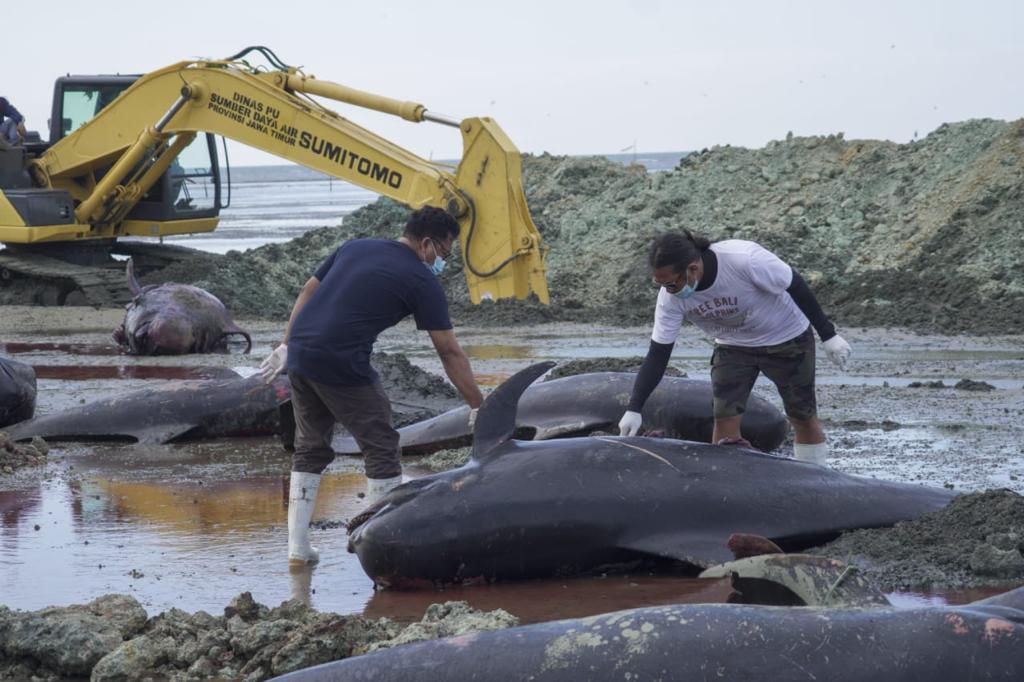 Over the next five days, together with the Forestry Department Authorities of East Java, and the East Java government, our team (led by Amank and Ajier) worked hard in the field. Tragically, out of the 53 individuals that stranded, only one pilot whale was returned to sea. While the whale did not re-strand during the time our team was on the ground, it’s impossible to know whether the mammal survived, after losing its entire pod.

The rest of the pilot whales were buried. 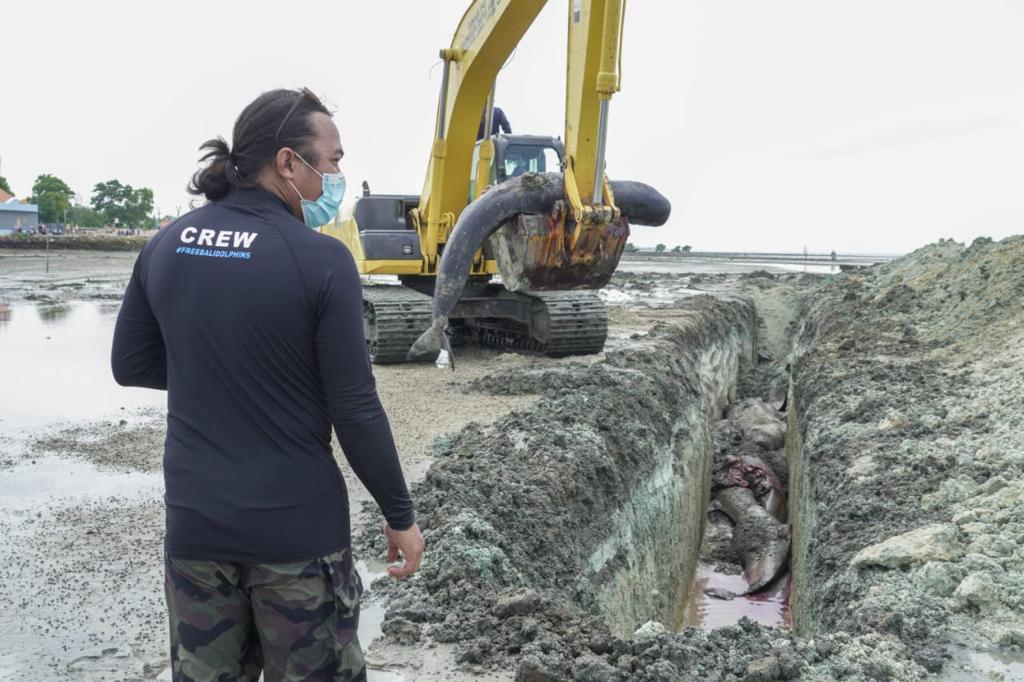 The team prepares to bury the pilot whales who died in the stranding, Madura island, Indonesia 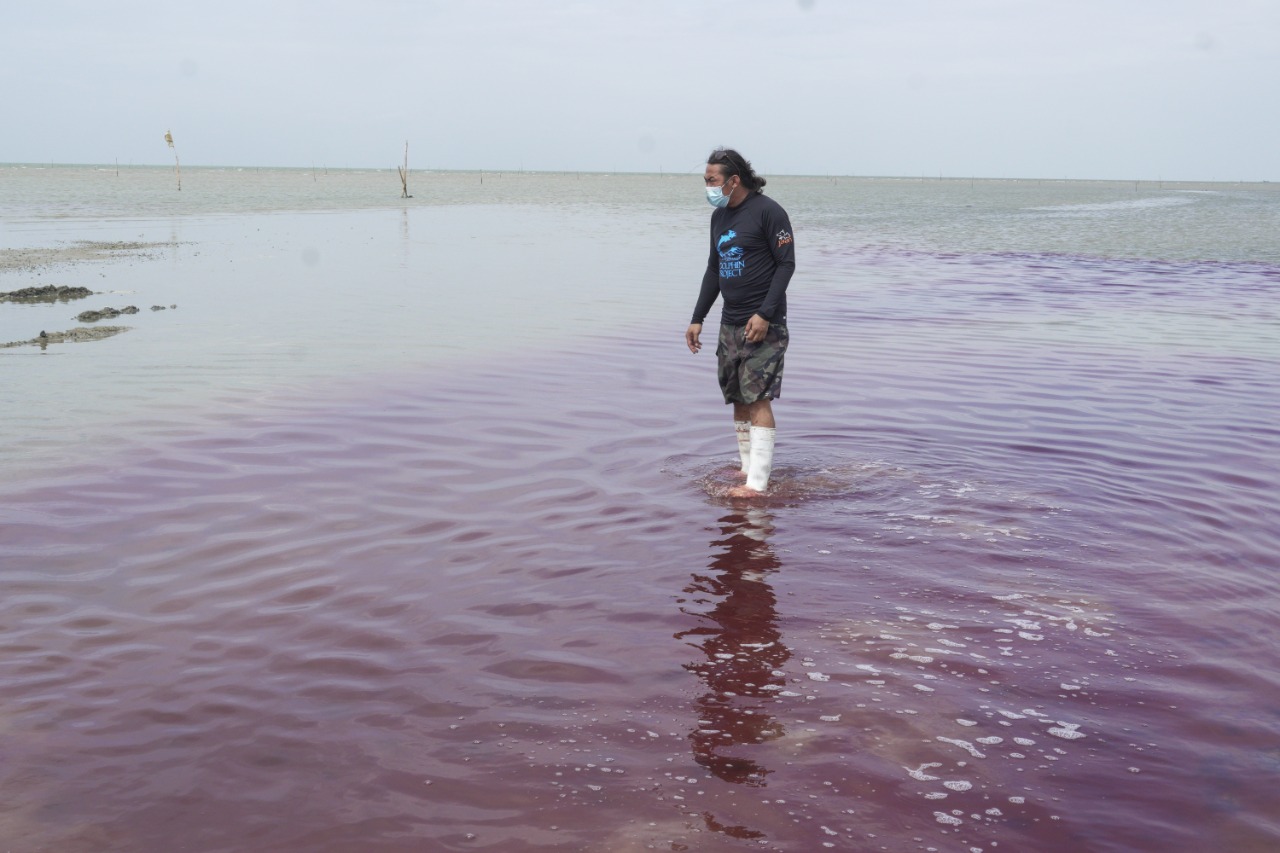 The mammals can strand for a variety of reasons, but one thing is for certain: when a family member is in trouble, the others will follow in attempts to help the ailing individual. This was the biggest mass stranding in Indonesia since the 2016 pilot whale stranding of East Java, Probolinggo area. In this instance, we received the news quickly and were able to help re-float many individuals back to sea. In this case, despite the quick and effective collaboration between all parties involved, due to poor communication, the news arrived too late. The whale stranding network in Indonesia works well and this is promising for future strandings. 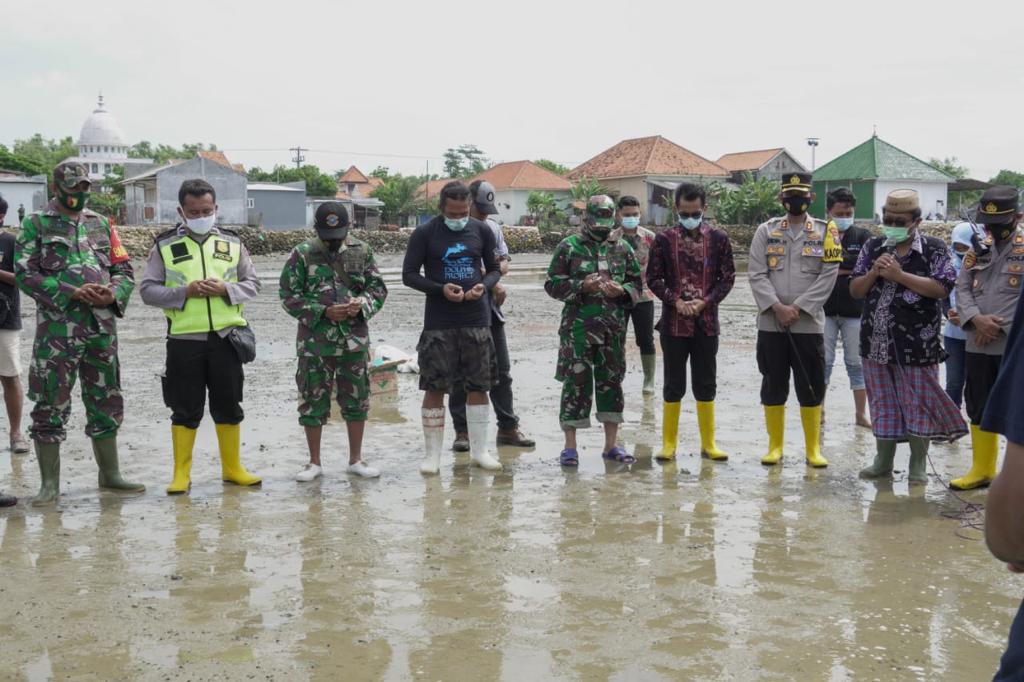 The team pauses to remember the pilot whales who lost their lives in the stranding.