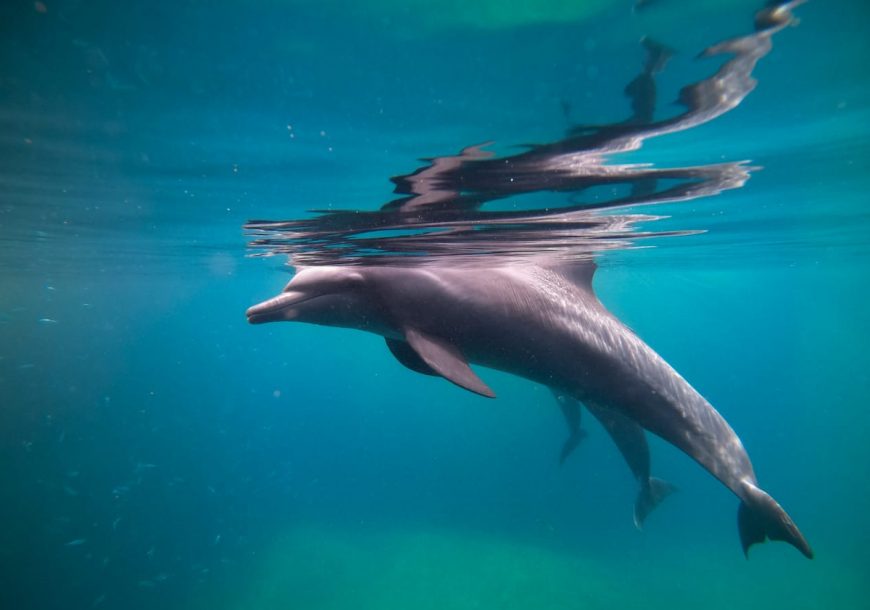 While the COVID-19 pandemic continues to rage throughout the world, Dolphin Project continues to maintain a global presence, acting as a voice on behalf of all dolphins in need.

Rambo continues to heal and thrive at the Umah Lumba Center, Bali, Indonesia

Says Femke den Haas, Dolphin Project’s Indonesian Campaign Manager, “Rocky, Rambo and Johnny spend their days hunting, chasing fish, and playing and swimming together, while exploring every corner of the depth of the seapen. When they first arrived, they spent approximately 30% of their time underwater, and 70% at the surface, as their attention was still very much on people. Now, it’s the other way around, with 70% of their time spent underwater, doing what they like to do most.” 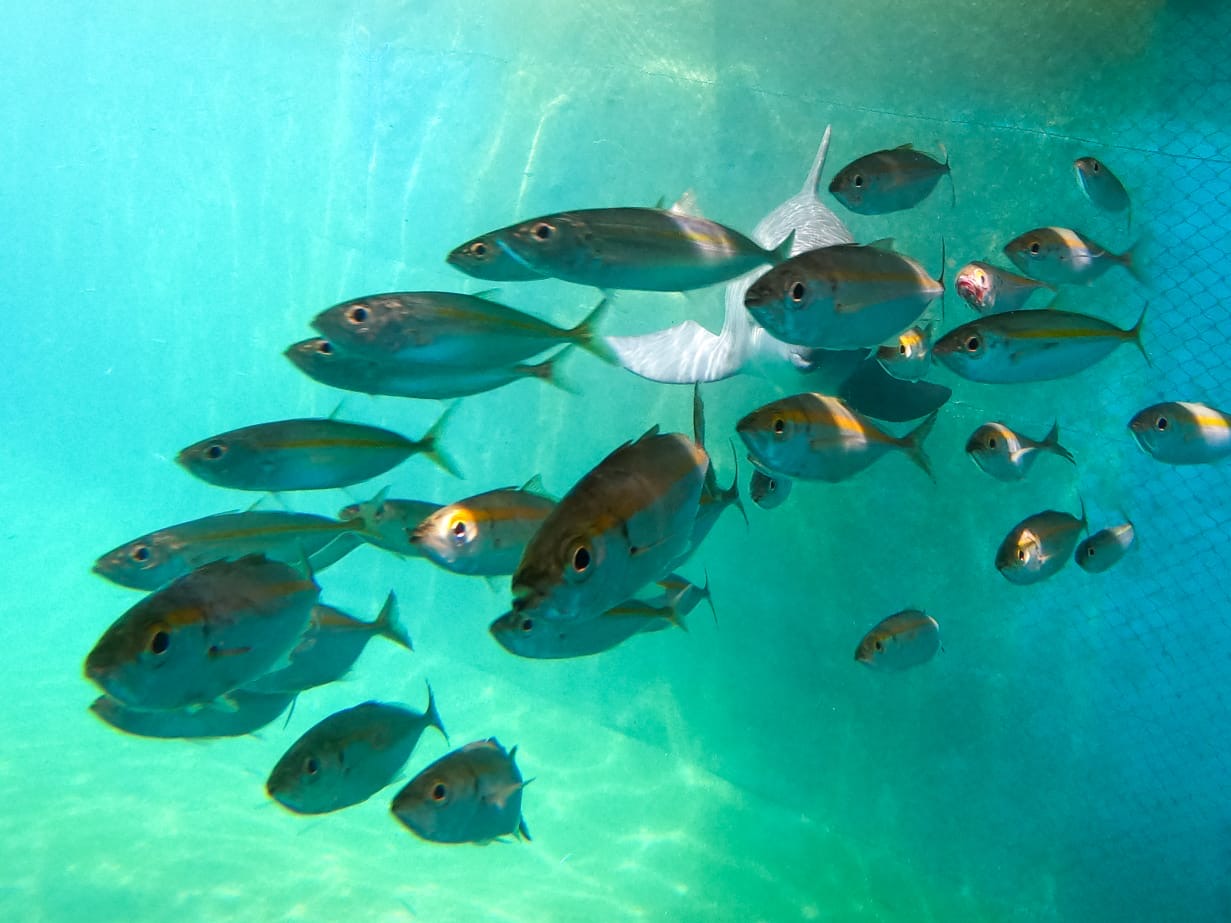 Live fish are in abundance at the Umah Lumba Center, Bali, Indonesia

Continues Femke, “With the help of the team’s underwater camera, we are able to monitor the dolphins from a distance, with minimal interaction. With such observations comes an understanding of each dolphin’s behavior, so their individual needs can be better met. Rocky has developed impressive hunting skills, is very active and is always eager to hunt fish. He is also a great motivator for Rambo and Johnny. Rambo is also able to chase and hunt fish but gives up a little too easy when he has to put in too much effort! However, he is observing how Rocky hunts so his skills are improving. For Johnny, he loves playing, and actively engages in his “chase-a-fish” activity. He too is a great observer and is learning from Rocky and Rambo.

Each of our three rescued dolphins continues to heal, thrive, rehabilitate and learn at the Umah Lumba Center. Our team works around the clock to ensure the Center is in tip-top shape, and the dolphins receive the best, possible care.

Every year from September through March, a notoriously cruel hunt of some of the most sentient creatures on the planet takes place in Taiji, Japan, made famous by the 2009 Academy award-winning movie ‘The Cove’. During this period, dolphin hunters, “drive” the mammals to their capture or deaths via means of physical violence and acoustic torture. 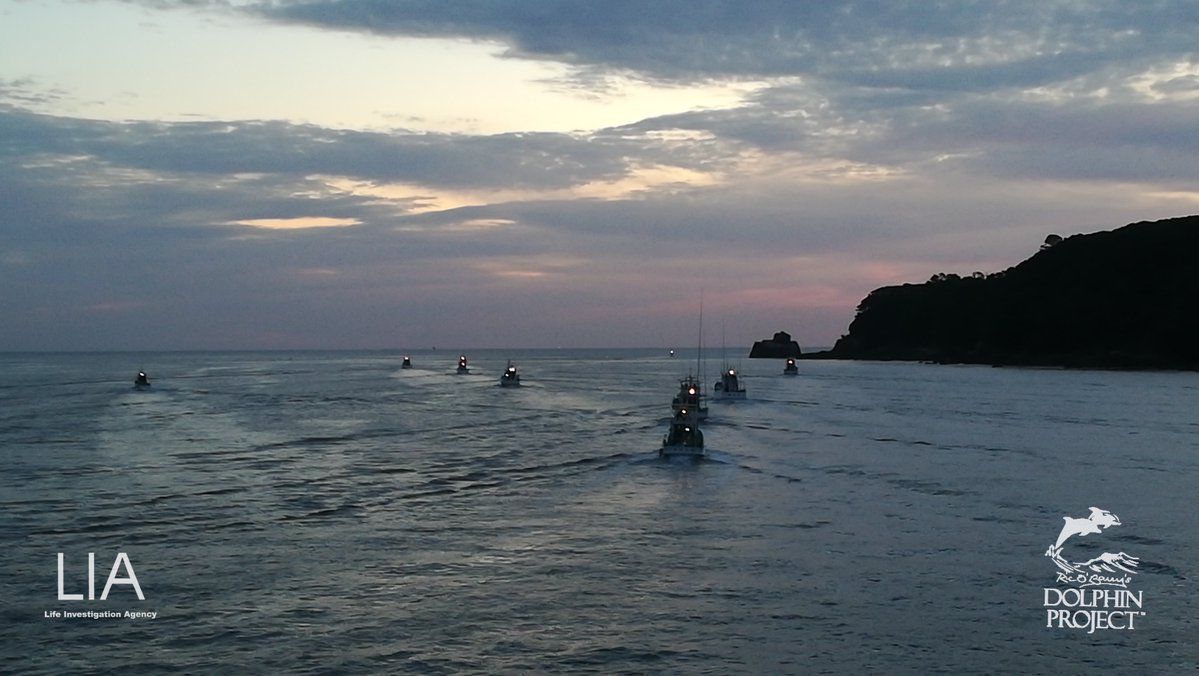 Hunting boats head out to sea in search of dolphin pods, Taiji, Japan.

For the 2020/21 dolphin hunting season, Dolphin Project continues to collaborate with Life Investigation Agency (LIA), a Japanese nonprofit organization dedicated to investigating, exposing and campaigning against the abuse of animals, along with other Japanese-based activists. The program is headed up by LIA campaign director Ren Yabuki, and is open to all Japanese citizens curious about the Taiji dolphin drives and the captivity issue. We are pleased to report this is the first time events at the Cove have been documented solely by an all-Japanese team made up of volunteers and nonprofit organizations. 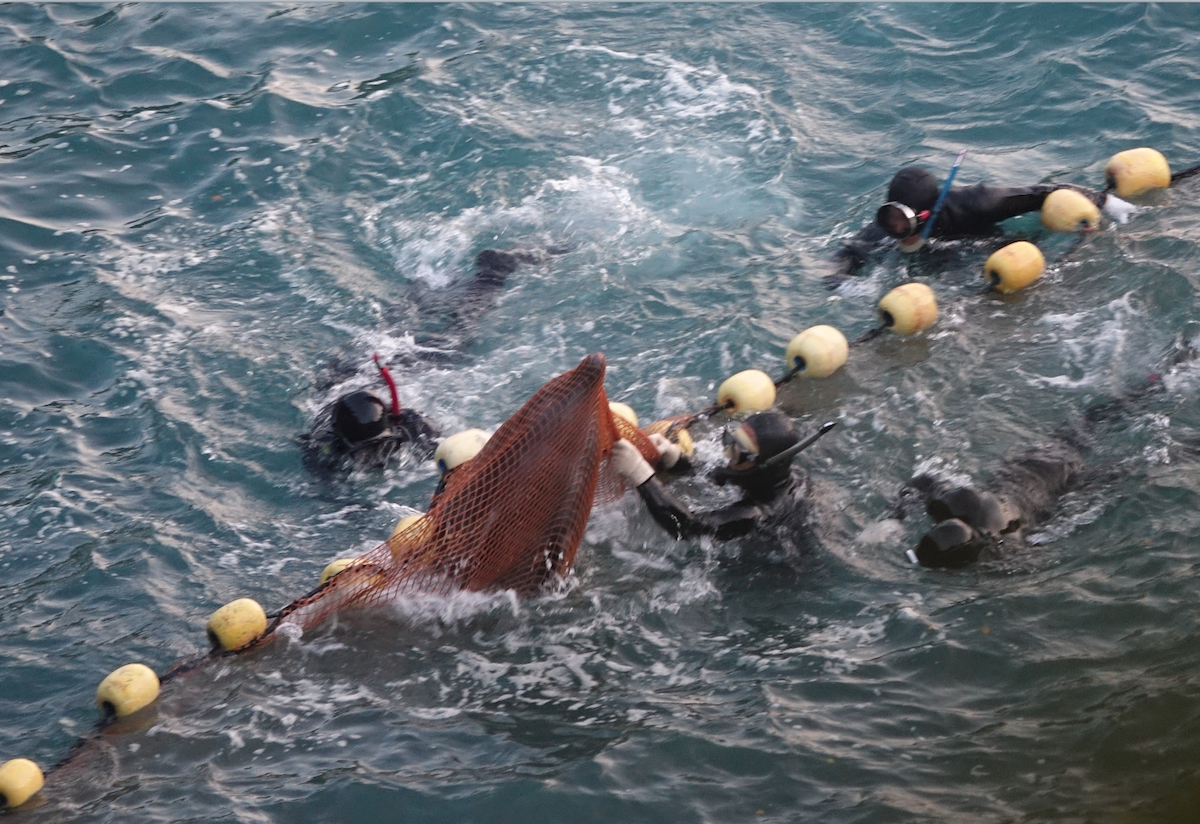 No dolphin has ever volunteered to be ripped from their wild world and placed in a concrete tank!

At the time of this writing, a total of eight (8) successful drives have taken place. With the exception of the first drive, where a captive selection of three bottlenose dolphins and one Risso’s dolphin took place, the next seven hunts resulted in the slaughter of several Risso’s dolphins.

We encourage everyone to share our social media posts to help educate on the goings-on taking place in Taiji. While these slaughters and captive selections are occurring in a remote part of Japan, it’s a worldwide issue as many of the dolphins forcibly removed from their pods end up in aquariums and marine parks across the globe.

Make a Gift of Regular Support