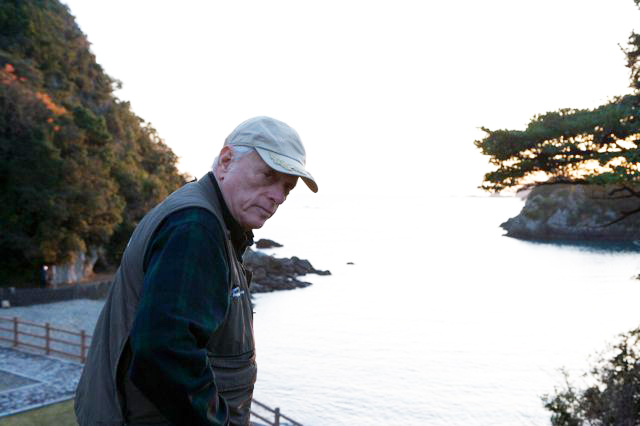 Tokyo, February 5, 2016: Ric O’Barry, Founder/Director of Dolphin Project has been incarcerated in a Japanese detention center for 18 days. At the time of this writing, no formal deportation order has been issued, making O’Barry a prisoner of the country.

Ric called me from his cell this morning, and I worry for both his safety and his health. He is being treated like a criminal, held in captivity for more than 18 days. I fear his continued incarceration is punishment by the Japanese authorities for speaking out against the dolphin slaughter. Let Ric into Japan or let him go.”

O’Barry’s legal team has also expressed serious concerns over the lack of response from the Department of Justice. Says lawyer Takashi Takano:

The delay in responding to Ric’s case is a very bad situation, and is not normal. I am concerned because this situation is so unusual. He is getting weak and is unable to eat. Ric has already suffered a health scare, having chest pains which required a trip to the hospital.”

On January 18, 2016, O’Barry was detained by Japanese immigration officials at Tokyo’s Narita International Airport. What started off as a “routine” questioning turned into a repeated interrogation. He was placed in a deportees’ facility, similar to a jail, where he was held for over three days. When O’Barry later refused to board a flight that would take him back to the United States, he was placed in a formal detention facility, where he has been incarcerated ever since.

For 13 years, O’Barry has been peacefully visiting the fishing town of Taiji, bringing information of the brutal dolphin slaughters taking place there to the rest of the world. His work was the subject of the 2009 Academy award-winning documentary “The Cove,” and while the movie shed light on the unimaginable cruelty of the drives, it also caused increased suspicion and scrutiny of O’Barry himself.

What you can do
Dolphin Project is calling for international action, demanding the release of Ric O’Barry

Dolphin Project has mounted a legal defense fund, as our legal costs are escalating. All donations are greatly appreciated and urgently needed.

Contact the Embassy of the United States in Tokyo, Japan and demand the release of Ric O’Barry.

From the United States:

Spread the word! Share on all your social media, using the hashtag

Dolphin Project would like to thank everyone worldwide who continues to fight on Ric O’Barry’s behalf. Your efforts are deeply appreciated.