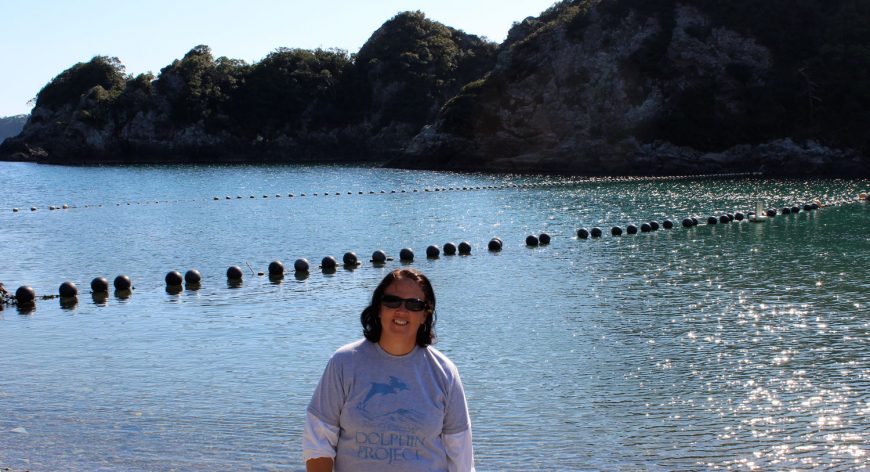 WHAT: Cove Monitor Profile
WHO: Cynthia Fernandez
WHEN: November, 2014
WHERE: Taiji, Japan

After watching “The Cove,” I was inspired to get actively involved in ending the dolphin slaughter. What better way to do this then to join Ric O’Barry’s team in Taiji?

I am a high school biology and environmental science teacher, from the San Francisco Bay area, Point Richmond to be exact. I’ve developed educational presentations showing why dolphins do not belong in captivity and the connection between the global demand for captive dolphins and the Taiji dolphin slaughter. I have traveled to many different schools, speaking to a wide range of students.

Can’t make it to Japan? Consider making a donation to keep our monitors in the field.

On November 4th, the Dolphin Project will once again welcome our Mini Monitors back to Taiji, Japan. It will be the third
read more
Japan 23Oct