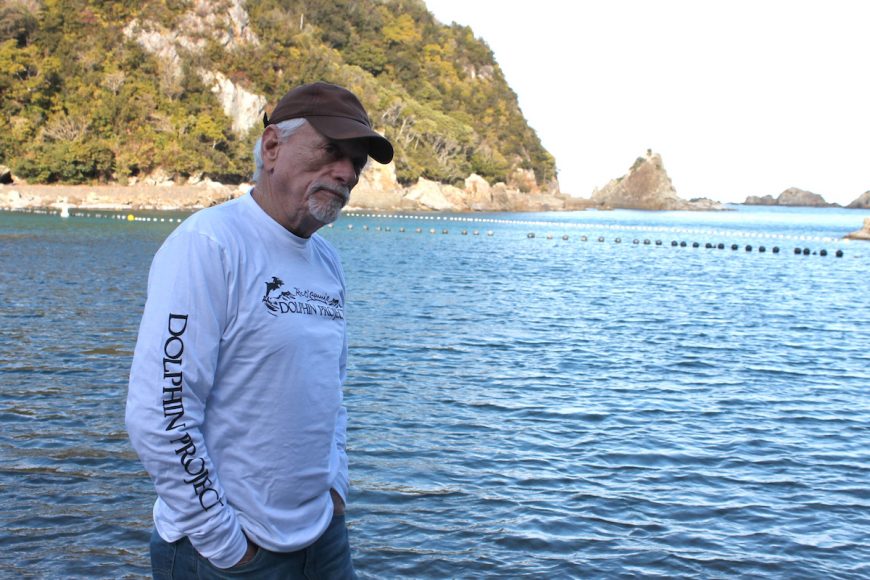 UPDATED December 19, 2019: While we won the initial case the government has now appealed. Please follow our social media for updates.

For immediate release: October 3, 2019 TOKYO – Three years and eight months after Ric O’Barry was deported from Japan, the Tokyo District Court has declared that the deportation order by the Ministry of Justice be revoked. In a judgement for the case of O’Barry versus Japan, the court ruled in O’Barry’s favor, citing that both his denial of entry (dated January 20, 2016) and deportation (dated February 5, 2016) were without legal merit.

“I just learned that the court in Japan has ruled in my favor. Excellent news. Justice has been served. I have a message to the judges who ruled in my favor: Thank you for being fair. I won’t let you down. I have never violated the Japanese legal system and will continue to respect the rule of law. I look forward to seeing your beautiful country and all of my Japanese friends once again, especially those who work tirelessly to abolish the unnecessary dolphin slaughter in Taiji. I will continue to support their peaceful movement in a respectful manner as a law abiding tourist.” ~ Ric O’Barry, Founder/Director of Dolphin Project

One of the main issues was whether O’Barry qualified for a “short stay” visa. The court determined that he did – citing that O’Barry’s explanation (during his oral hearing) was trustworthy, and consistent with his previous activity in Japan. Each of the additional government’s arguments were proven insufficient.

Three judges in Tokyo today intelligently showed that Mr. O’ Barry is a peaceful and rule-abiding person and that Japan can be a democratic and an open-minded country that may accept diversified opinions.” ~ Takashi Takano, lawyer

On January 18, 2016, O’Barry was detained by Japanese immigration officials after arriving into Tokyo’s Narita International Airport. O’Barry was repeatedly interrogated, and placed in a deportees’ facility, similar to a jail. According to his lawyer, Takashi Takano, O’Barry was told he couldn’t enter Japan on a tourist visa as his tourist status was not “fully proven”. Two days after on January 20, 2016, the Japanese Ministry of Justice denied an appeal from O’Barry to enter the country. Immigration officers also issued an order of departure. O’Barry refused to leave, vowing to fight the deportation order. His lawyer filed a formal objection, with the decision to allow O’Barry into the country or deport him to be made by the Japanese government. Authorities refused to provide Takano with information to support their decision, and O’Barry’s refutal had not been accepted. While he was detained for questioning every time he visited Japan, nothing of this magnitude had ever happened before.

The days passed, with O’Barry (then 76 years of age) incarcerated and repeatedly interrogated in a Japanese detention center. His family worried for his health and safety. People from across the world contacted Dolphin Project, asking when he would be released. O’Barry had been traveling to Japan for years, and has many friends there. It is a country he loves dearly, always speaking about Japan with tremendous respect for its people. And, while wearing his activist “hat,” he always complied with Japanese law.

On February 5, 2016, 19 days after O’Barry was placed in detention, he was deported from Japan. Says Takano, “During this time, he [O’Barry] lost more than 10 kilos (22 pounds) and suffered from a minor chest problem. With regards to the refusal of his entry into the country and the reason for his detention, the Bureau’s explanation seems very obscure. “Tourism” is not just “sightseeing,” but also includes such activities as visits to places of disasters or holocaust. Mr. O’Barry’s visits to “The Cove” in Taiji and his reports on dolphin hunting should be considered a legitimate tourist activity.” Immediately, Dolphin Project’s legal team filed an objection, with a formal lawsuit following.

“This is not only a victory for Ric but also for Japanese citizens – today’s court decision showed us that we are living in a democratic country, which makes me feel so proud.” ~ Megumi Wada, The Law Office of Takashi Takano

There is a possibility the government will appeal, but this order will stand in the meantime. Dolphin Project would like to thank each and every person who has fought on Ric O’Barry’s behalf. Your tweets, emails, calls and donations made a difference! We would also like to thank Matt Sorum, Leilani Munter, Maisie Williams, Slash, Dr. Brian May and Tom & Kim Scholz. Thank you to Congressman Ted Lieu, the U.S. State Department, the U.S. Embassy in Tokyo and The Law Offices of Takashi Takano.