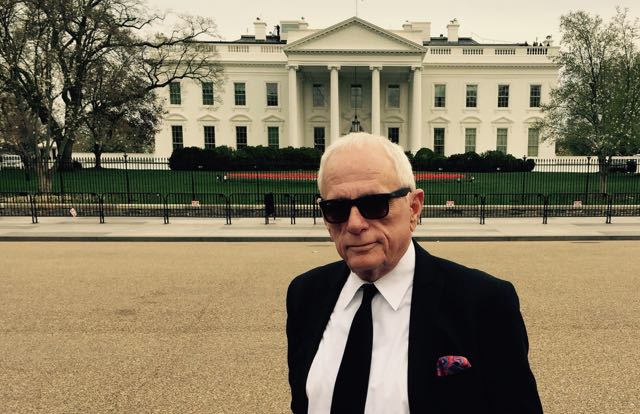 This week I am in our nation’s capitol. Today, I meet with members of the Obama Administration at The White House to personally deliver over 1 million signatures to end the dolphin slaughter in Taiji. If you’re in the Washington D.C. area, join us on Friday, April 17th at the nearby Ronald Reagan Center for a special public delivery of the petition.

After seven weeks reporting on the ground from the infamous “Cove,” testing dolphin meat for PCB’s and welcoming the first Cove Monitor Kids, I traveled to Quintana Roo, Mexico. Eighteen dolphin abusement parks currently operate there, with more on the drawing board. Although the dolphin drive season has ended, other marine mammals including Dall’s porpoises and pilot whales continue to be hunted. As such, we will continue to do everything in our power to expose the atrocities that are happening in Taiji, Japan. 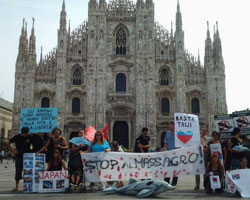 Most of the dolphins captured in Taiji are shipped to dolphinariums inside Japan. The second biggest market is China. I will be traveling to Beijing, China next week to give a series of lectures and help bring media attention to the issue.

Our message to the Chinese public remains the same as to the rest of the world:

Don’t buy a ticket to a dolphin show.

Earth Day (April 22nd) marks Dolphin Project’s 45th anniversary. We’ve come a long way, and have finally reached a tipping point where it’s no longer publicly acceptable to have captive orcas and other dolphins. But there is much work yet to be done. We promise to continue leading the charge. Over the past 45 years, the Dolphin Project has pioneered the readaption & release of captive dolphins back into the wild. We have made the protocol available for others to replicate.

Every day I am contacted by people in virtually every part of the world to help a specific animal in need; to kick-start a campaign to protect dolphins or to support an ongoing initiative to improve the lives of dolphins, both captive and wild. And although I cannot be everywhere at every time, I do travel 12 months of the year, lending support and expertise whenever—and however—possible.

Each and every request I receive for assistance is taken very seriously, but is only achievable with your help. We are completely funded by you. And each time you donate to Ric O’Barry’s Dolphin Project, know that you are aiding the longest-running, most active, anti-captivity dolphin welfare organization in the world.

We know you share our mission and support direct action, so please… become an Animal Hero for dolphins with your monthly gift today!

For the Dolphins, Always,