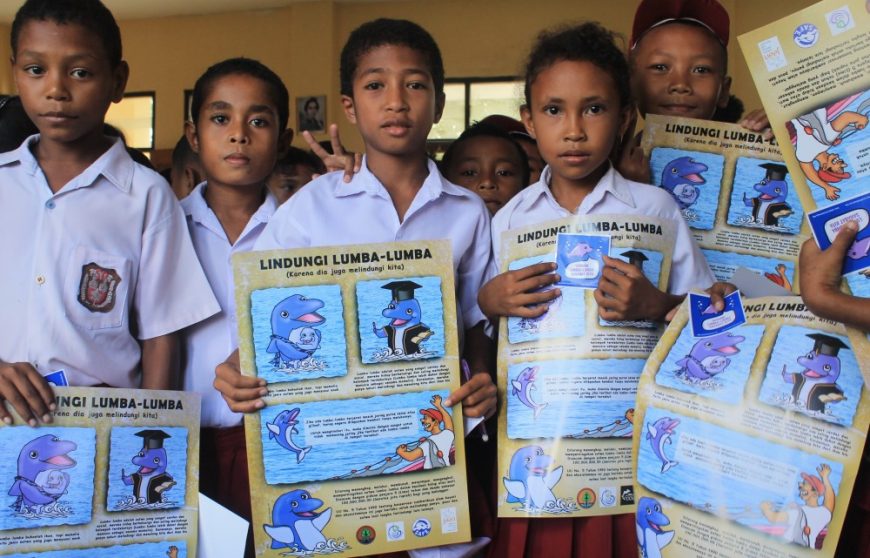 The island of Lembata, Flores, in Indonesia is known worldwide as the Island of Whale Hunters. One village, Lamalera, is allowed to hunt under the International Whaling Commission (IWC) as the practice is supposedly conducted in a traditional manner by aboriginal subsistence hunters. In reality, what is happening today is far from “tradition.” With a hunting season extending from May to the end of October, motorized boats are used on a daily basis to catch dolphins and other toothed whales, sea turtles, sharks and manta rays.

The village has all but closed its doors to any outside interference and thus stays unscathed and untouched by any governmental regulations. 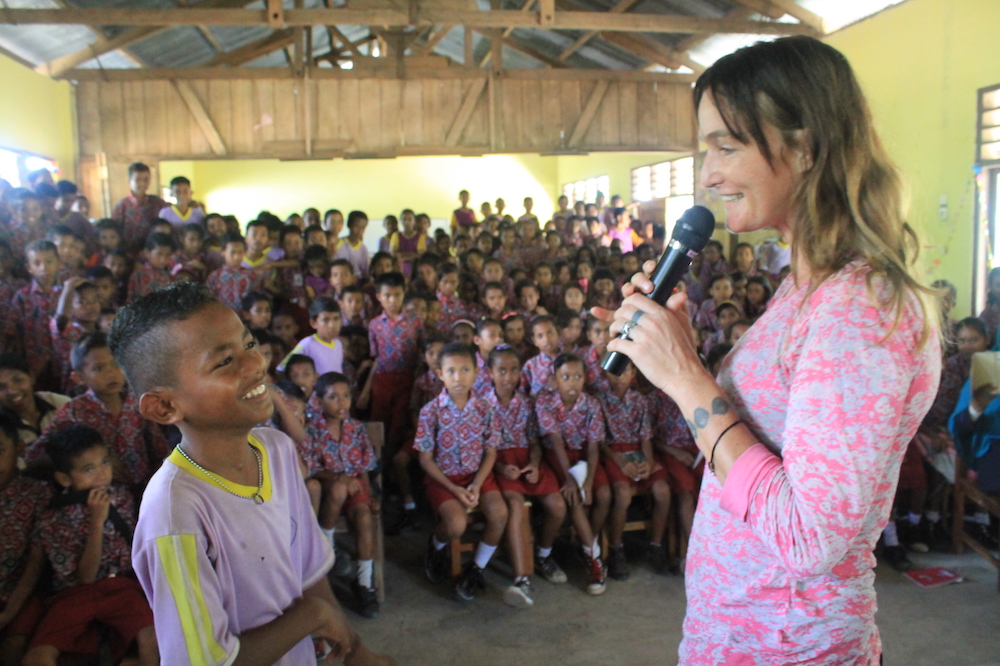 Dolphin Project’s team, led by Indonesia Campaign Director and co-founder of the Jakarta Animal Aid Network, Femke Den Haas, began the first school visits on the island in January 2016. The mission was to create a positive educational program in the area, and our team has done just that with the creation of a puppet show road tour. 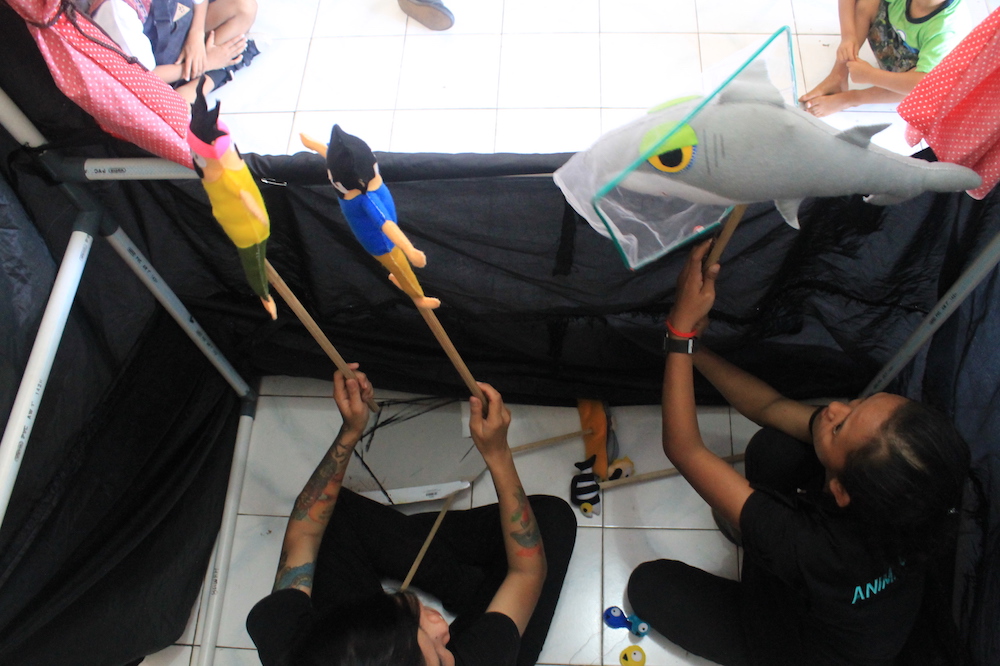 Since then, several schools have been visited. By promoting such eco-friendly activities as whale watching, local children in these fishing villages are explained the value of protecting the marine ecosystem. We have been able to convey the importance of conservation, not just for dolphins, but for all species affected by the rigorous hunts. Kids get it! 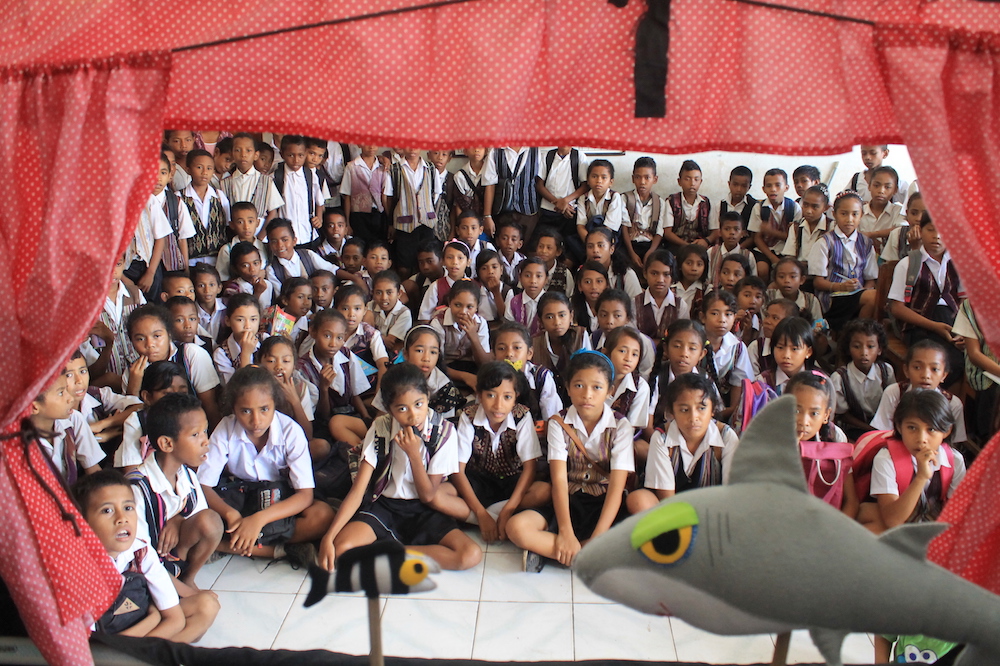