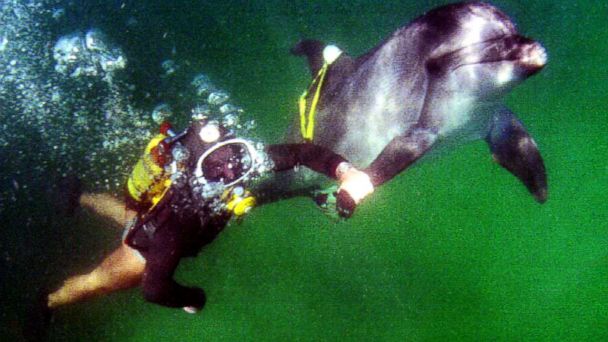 In 1995, Ric O’Barry went to work trying to save a former Russian Navy dolphin named Cheryl. During her tenure as a navy dolphin, Cheryl had been trained to kill. This did not stop her sale — circa 1991, to Waterland Mundo Marino, a traveling show based in Cali, Colombia.

Argentinian animal advocate Martha Gutierrez showed Cheryl to Ric in 1995. Her conditions were appalling. The water she was being kept in — foaming with detergent — was killing her. Ric promised he would save her.

Gutierrez and Ric won an order from a Buenos Aires court that Cheryl should be surrendered to their custody for rehabilitation and release, but Waterland Mundo Marino instead, spirited her out of Argentina and into a traveling dolphin show. The chase was on!

For the next two years, Ric and his allies tracked Cheryl, even though it meant facing-off against a heavily-armed Colombian drug lord. Not to be deterred, O’Barry finally caught up with the ailing dolphin at Diver Land — but he was a few days too late. Cheryl died on October 31, 1997.

For the Love of Cheryl

Cheryl’s story and O’Barry’s chase is featured in this two-part documentary. She is one of the many dolphins of special importance to Ric, and why he continues to fight for them today.