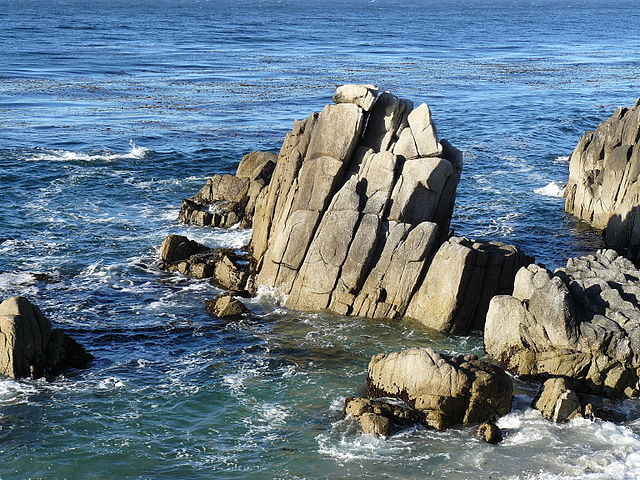 When business interests don’t get their way, it is often the case that the majority is overthrown to advance the agenda of a privileged few. Such is occurring in California right now where on Feb. 10, the California Coastal Commission (CCC) will vote to potentially remove its Executive Director, Dr. Charles Lester.

According to ‘Capitol Weekly‘, Commission Chair Steve Kinsey wrote to Lester on January 19, to say that “the 12-member panel “will consider whether to dismiss you” at the commission’s February meeting.” Lester exercised his right to a public meeting over concerns by environmentalists that pro-developers are behind his possible ousting.

The ‘Contra Costa Times‘, described the move as a “coup” and added, “the conflict is more about the philosophical orientation of the commission than about Lester’s performance, according to several sources familiar with the agency’s deliberations.”

In an editorial published at the ‘New Times‘, by Steven Jones of the Center for Biological Diversity, Jones implied that Lester’s, “balanced, deliberative approach is the opposite of the rubber stamp that developers want.” He added:

Some reports question the timing of this action and whether it’s connected to the Banning Ranch project in Newport Beach. An ownership group that includes Shell and Exxon Mobil wants to build a resort complex and nearly 1,400 homes on the last large piece of unprotected open space in the coastal zone. Commission staff has said the project violates numerous provisions of the Coastal Act, and the commission told these powerful interests to go back to the drawing board and come back with a better proposal.

It’s not the first time a Director at the CCC has faced attack for protecting public interests. Lester’s predecessor, Peter M. Douglas, also made enemies in his attempts to preserve the California coastline for the public. The ‘Los Angeles Times‘, wrote in an obituary piece on Douglas:

Both Democrats and Republicans tried to remove him from his post and slashed the commission budget. Developers campaigned strenuously to reduce his and the commission’s influence, persuading the U.S. Supreme Court in 1987 to limit the panel’s power to carve public access ways into private ocean-front property in exchange for granting building permits to the property owner.

Peter maintained public access to the coast so that it wasn’t just something that belonged to the rich. — Warner Chabot, former executive director of the California League of Conservation Voters. ‘Los Angeles Times’ quote.

Founded in 1972, the CCC is the chief protector of the state’s 1,100-mile coast called the coastal zone.  The California Coastal Commission exercises regulatory and planning authority over all of it. Recently the commission approved a bid by SeaWorld to build its new ‘Blue World‘ project in San Diego but added the proviso that the giant marine park ceased breeding its orcas. SeaWorld has since commenced litigation against the CCC arguing that the commission doesn’t have jurisdiction over the welfare and breeding of its animals.

In the ‘OB Rag‘, which serves Ocean Beach, California, local reaction to the coup has been generally negative. It writes that critics of the commission argue that the move comes on the heels “of a recent trend,” one, “inclined of late to place developers over the environment.”

There is certainly some division within the commission. It was noted during the public vote to approve SeaWorld’s ‘Blue World’ project and noted in this recent federal battle over the closure of a family-run oyster farm in Point Reyes, California. Commission chair Steve Kinsey, who is also the Marin County Supervisor,  called the closure wrong, saying that “it was manipulated by the park service and the Coastal Commission.”

Jones explains in his editorial that the commission is far from radical. “The commission approves 99 percent of coastal development projects,” he says, but “it just makes them better for the environment and general public.” Lester, he suggested, is being targeted by those in the commission who “tend to side with developers.”

This was reiterated by ‘Contra Costa Times’, who said:

The movement against Lester appears to come from a group of commissioners who share at least one of two characteristics: They were appointed by Gov. Jerry Brown or former Gov. Arnold Schwarzenegger or get poor marks from environmentalists who track the agency’s votes.

While nobody expects any commission to be perfect, it does need to be balanced and it must fight for the masses over pro-development interests and personal agendas. That’s why we’re urging anybody who can attend the meeting in Morro Bay on February 10th to attend and voice their support for retaining Dr. Lester as the CCC’s Executive Director.

Write to the CCC

Send a letter to the California Coastal Commission saying that you stand with Executive Director Dr. Lester and want to see our coasts protected for future generations.