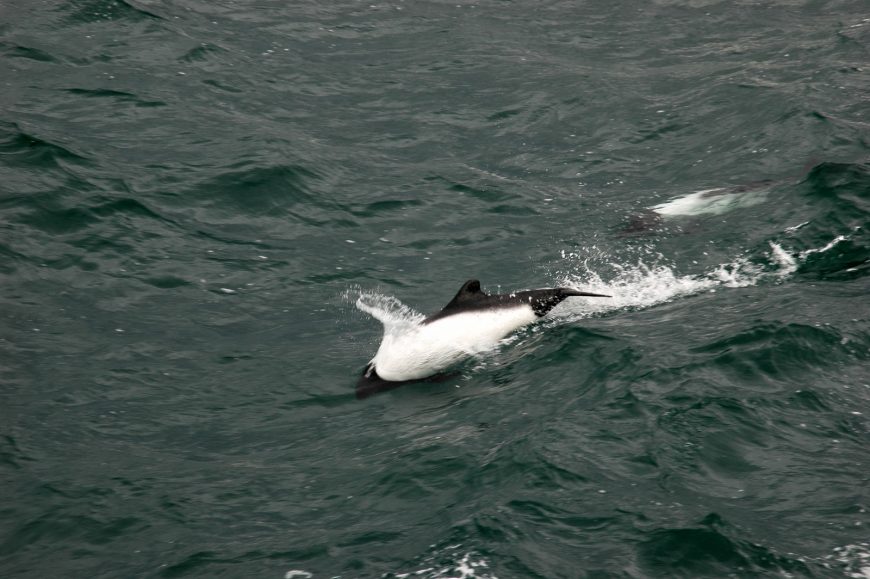 This piebald dolphin resembles a torpedo as it zips through the ocean. A known acrobat, the Commerson’s dolphin — which resembles the porpoise but bears the traits of a dolphin, loves to bow ride.

Commerson’s are late to captivity compared with other species. In North America, only SeaWorld and Mystic Aquarium have held these dolphins for public display. In Mystic’s case, the acquisition of the dolphins was entirely by accident and came about when a plane carrying four Commerson’s stopped to refuel at John F. Kennedy airport on Dec. 14, 1978.

En route from Argentina to Japan’s Sunshine International Aquarium, the aircraft stopped to refuel in the US and ran afoul of US law. Three dolphins were found in very poor health after the 35-hour trip and a fourth had died. A representative of the aquarium was charged with violating the Marine Mammal Protection Act and the survivors were seized by US authorities and sent to Mystic Aquarium. Only one survived — Carmelita, she was the first captive Commerson’s dolphin in the world at this time. She survived for five years before dying in 1981.

Further history on Commerson’s in captivity globally, and their capture, can be found in “Captive Commerson’s Dolphins. A Historical Record and Inventory“, published by Ceta-Base.com. But back to N. America.

SeaWorld first entertained the idea of displaying Commerson’s in 1983. According to the Marine Mammal Inventory Report (MMIR) hosted at Ceta-Base, twelve individuals were initially captured from the wild for the San Diego-based park:

A 1988 IWC Special Report, “Biology of the Genus Cephalorhynchus,” describes the captures in further detail.  “About 33 have been live-captured and removed to marine zoological parks in Europe and the USA,” the report said. “We are aware of six episodes of live-capture of Commerson’s dolphins for public display, four in Argentina and two in Chile.”

SeaWorld included their own paper in the report. It was authored by Stephen Leatherwood, Ronald A. Kastelein and Karen W. Miller. Sea World Research Institute, Hubbs Marine Reseach.

In 2004, SeaWorld took delivery of another Commerson’s dolphin from Germany. Jogi/Yoki was one of the ten original Commerson’s captured for display and sent to the Duisburg Zoo in Germany. He was the only animal to survive the capture (p.1 Ceta-Base report).  At more than 30-years-old, he was transferred to SeaWorld San Diego and died in November of the same year.

All Commerson’s dolphins were born at SeaWorld San Diego. Four of them were sent to its Ohio park. Images of them can be viewed on Zoochat.com. I listed these separately because if you notice the dates of death, these animals all died in the same year. Cause of death on the MMIR is cited as colitis.

Other births at SeaWorld parks: 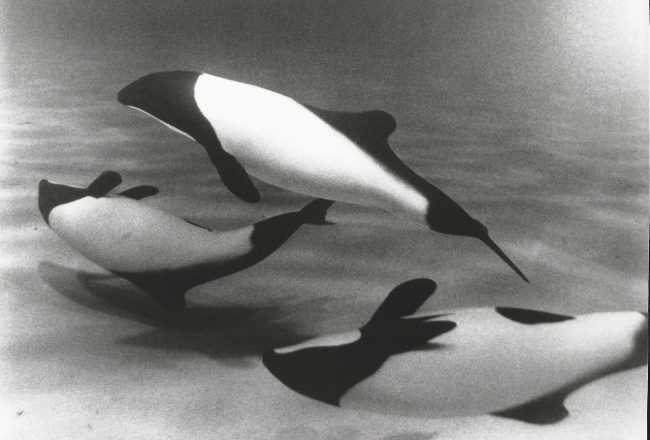